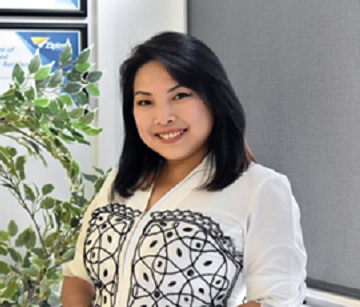 SINGAPORE – Since her childhood, Ong Shu Hwai has been fascinated by the world of interior designing. Her father, who was a developer, didn’t allow her to take it up as a career, or to study architecture, as he didn’t look at it as a suitable career path for her. However, she was so sure that she wanted to explore the industry that she left a well paying job in hospitality to start her own interior design company in 2003.

While that may sound like a dream, what followed was like living through a nightmare. She was going through personal setbacks and was undergoing a divorce when she also had to face a huge shock in her professional life. Her business partner forced her out of her own firm, harassed and bullied her into giving up her share of the profits. Refusing to give up, she started dating her current husband as well as started a new venture Durablinds. She talks about this roller coaster journey, standing her ground in a male dominated industry and the pandemic in this chat with AsiaBizToday.

From a young age, Ong had lived away from her parents and had to manage on very limited resources. At the university, she also took up a few electives in the interior design domain that not only introduced her to the basics but also made her fall in love with the industry. Even as she was studying for her degree in Canada, she took up various jobs in the service industry to make ends meet.

She stuck to the service and hospitality industry for the next ten years, even after coming back to Singapore. After a decade in the industry, though, she started feeling the burn-out. The long and thankless hours eventually took a toll on her. She decided to switch careers in search of better work life balance. “Additionally, I felt that F&B managers and other positions within the service industry were not held in high regard during that time, especially not in Asia,” she explains.

Luckily, she met someone who was ready to mentor at the right time. She decided to finally give a shot to her childhood dream, by taking up an apprenticeship under the friend who was mainly handling turnkey projects in 2001.

“I believe it was my passion for the industry that really fueled my drive and helped me to quickly pick up the necessary skills of the trade. After three months of shadowing him, training and learning the ropes, I felt that I was ready to embark on my career in the industry,” gushes Ong.

In 2003, she started her first interior design studio called Blueprint ID. Here, she played all possible roles within the organisation including technician, operations manager, sales head, logistics and delivery head and more. The hard work paid off eventually. Her clients were so impressed that she was getting more than five projects each month purely through referrals.

The biggest breakthrough in the career of Ong Shu Hwai came about in 2010, when she embarked on a joint venture with a business partner to bring Glass Curtains®, a European brand of sliding glass panels, into Singapore. However, this partnership ended badly, leaving her with bitter memories and tough lessons.

Bullied out of Business

Glass Curtains, which started as a side project, became so popular that she decided to put her focus on that side of the business. She partnered with one of her suppliers to bring Glass Curtains to the Singapore market. Despite being quite successful, she found it difficult to find acceptance among her peers in the male-dominated industry. This often meant that she and her team were forced into a tiny workspace where her team was exposed to the elements while working.

When she could no longer take the unfair treatment, Ong decided to end the partnership. That’s when her partner demanded that she sell him all the products in the inventory at cost. Her refusal resulted in nine men breaking into her workshop while she and another woman staffer were there, threatening, breaking stuff and forcefully taking away the products. This was followed by a legal battle. Eventually, she incurred a loss of more than S$100,000 before she could end that chapter of her life.

However, she is someone who believes in counting the blessings. “Every setback is an opportunity to be better, to do better. We can either learn from our adversities, and become stronger, or we can let these adversities drag us down. I chose the former,” she says talking about the difficult times. She is also grateful to have the support of family and friends, who are always there when she needs them.

Rising from the Ashes

Through this ordeal, one thing that helped her keep her sanity was dancing. While she has been interested in dancing from a young age, she started taking dance classes in Singapore in 2009. “Incidentally, that’s also where I met my current husband, Kelvin!” she gushes. It’s been ten years since they first started dating and till today, the couple attends weekly social dance sessions that Ong swears help to destress, and refresh them.

She also spent her healing time cooking for friends and family. “It is an activity that I really take pleasure in. I enjoy entertaining family and friends at home, and I am grateful that they love my food. It’s a way for me to give back to them, for always being there when I need them,” she informs.

Amid all of this, one of the happiest turn of events was the birth of her miracle baby. She had been dealing with infertility for quite some time. Doctors had told her it would not happen for her. But she gave birth to her son in 2015.

Within less than a year of the incident in 2014, Ong was on her feet again, running around to set up another business. In 2017, she launched another new venture, Durablinds. The venture was so successful that it tripled its revenue in just two years and continues to experience 50% year-on-year growth. Her home solutions empire has spread all across the Asia Pacific market, having enhanced 4500 properties in the region.

“My focus has always been helping homeowners to reclaim the use of semi-outdoor spaces and turn a previously ‘unusable’ space into a whole new dining, work or play area. I truly enjoy helping clients transform their home, and it’s a delight to see how ‘addition’ of  a new space can do just that,” she says. Perhaps it’s this sincerity in wanting to improve the lives of others that left an impression on her clients, who are more than happy to recommend Durablinds to their family and friends.

Along with introducing Glass Curtains to Singapore and the APAC market, including Vietnam, Thailand, Malaysia, Indonesia, Australia and New Zealand, she also introduced Singapore to the Australian brand Ziptrak. “The pandemic has also created a demand for more usable space, as working from home has become a norm. With both Glass Curtains® and Ziptrak®, Durablinds has been able to provide perfect solutions to help clients do just that,” informs Ong.

Talking of the covid pandemic, the conversation veers towards all the job losses and personal setbacks people faced because of it. Being no stranger to either, she has a message for such people, “Don’t let this setback get you down. Pick yourself up, dust yourself off and start planning for your next move. When one opportunity closes, another will appear.”

She believes that those who have lost their jobs amidst the pandemic could actually use this as an opportunity to change industries. “You may be able to apply your skills to industries that you might not have previously considered, or with a bit of upgrading, you may be able to try out new industries,” she suggests. In fact, she advises them to take this opportunity to pursue something that they are truly passionate about.

As for entrepreneurs and business owners, they have to boldly embrace the change, and not be afraid to pivot and adapt with a different business model in the new normal, she adds.