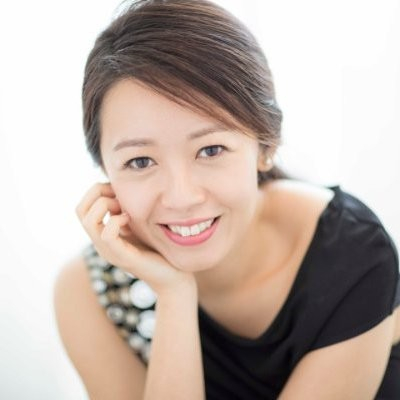 HONG KONG – At a time when academic achievements were thought of as the only measure of a child’s abilities in Asia, Queenie Chan was involved in activities like performing arts and figure skating. She had hefty dreams, ranging from becoming a professional singer, master of ceremonies or an athlete – all with the absolute support from her parents. And, she did achieve all that as well as a fruitful career in investment banking.

After doing all of that, she still had the drive to do something new which led her to Symphony, a cloud-based messaging and collaboration platform for financial institutions. As the General Manager of Asia Pacific region at the company, she leads sales and account management operations for both global and regional financial institutions based in Hong Kong, China, Japan, Korea and Taiwan. In this conversation with AsiaBizToday, Chan talks about joining the finance sector serendipitously, the learning curve, diversity at the workplace and more.

From arts to finance

While studying in The University of Hong Kong for an arts degree, she found a job listing on the bulletin board seeking help with an upcoming conference. This led to a recurring internship in one of the leading investment banks in Asia. That was her initiation into the world of finance fifteen years ago. Given that she didn’t have the educational background for the role, the learning curve was certainly steep. “I was fortunate enough to have the guidance from many mentors who also introduced me to other learning and career opportunities in finance later on in my career,” she informs.

She recalls one particularly helpful mentor who was a passionate and resourceful director in the company and a working mother of two young children. Not only did this lady entrust Chan with more responsibilities at work, she also became her life coach in personal matters. “When I was too green to navigate the corporate world and young adult life with grace, all her guidance was godsent. I still remember the response she gave to me when I hesitated to ask for a promotion to be an associate,” she recalls.

The words were: ‘You shouldn’t just aim for this small role, Queenie. You are going to run the company eventually so stop the doubts and show them who you really are.’ While not running a company at the moment, Chan says she ended up achieving more than she ever imagined herself to because of the deep faith shown by her first mentor, for which she is forever grateful.

It comes as no surprise after knowing this incident that she considered presenting her ideas confidently as the biggest challenge in the initial part of her career. She found it difficult to be able to mobilize assistance on a trading floor which, according to her, was typically filled with “adrenaline junkies” including sales and traders. “I had to work on my elevator pitches and influence a decision in a matter of minutes or even seconds. It took many trials to get it right but it was such a valuable skill set that I could benefit from for life,” she shares.

Queenie Chan says that things have changed a lot since she entered, with having women in leadership roles becoming more acceptable and commonplace. “Also, there is a global conversation around the importance of diversity in the workplace that didn’t exist when I started. Now we see organisations putting focus on having a diverse pipeline of candidates, making sure their recruitment practices are inclusive, and providing structured support to women as they transition to leadership roles,” she points out.

She believes that many companies, including the larger financial and technology firms that she interacts with on a regular basis, have made significant progress in creating a gender balanced workforce. She credits policies like extended maternity leave, flexible working hours, return-to-work (after a career break) programs, women’s networks and DE&I programs for creating the difference. She expects to see such initiatives being implemented by more smaller businesses across Asia in the coming years.

Chan promotes among her team an entrepreneurial spirit. “Regardless of gender and seniority, I ask them to present and drive business proposals as if they are running their own companies. Many groundbreaking initiatives of the company were born out of these experimental ideas from women so everyone gets inspired to dream bigger,” she informs.

Another practice that she encouraged her team members, especially women, was to utilise flexible working hours and remote working, even before it became a norm when the pandemic made it a necessity. She reasons, “I believe performance should not be measured by facetime but results, and I trust that my team can manage their professional and personal priorities in their own ways to maximize the outcome on all fronts.” This policy helps attract and retain a diversified workforce, especially those who have a leading role in taking care of their families, she adds.

She also practices what she preaches. Chan has ensured setting up a reliable family support system that could step in to take over domestic responsibilities while she is engaged at work or traveling. “It’s also important to plan ahead and designate time for self-care, hobbies, family and friends,” she opines.

Much before she joined the workforce, she was a part of the Hong Kong Team of Roller Skating; she was ranked eighth in Asia and sixth in the China National Games. She has also been a recurring MC in one of the theme parks in Hong Kong, for press conferences, and a professional singer in weddings and events. She partakes in all her hobbies from time to time. “Sometimes, I end up combining family and friends time with musical, sports and speaking events to make them easier to be scheduled, and of course, extra enjoyable!,” she informs.

The finance sector has been among the hardest hit by the slowdown of economic activity that was seen in the aftermath of the covid 19 pandemic. Talking of the way Symphony dealt with it, Chan says, “Transitioning to remote work was a challenge for many organisations and I’m proud to say our company was able to support our customers in this transition – whether that was work from home or split operations like many firms did. Being able to provide a platform that wouldn’t compromise our customer’s security and compliance requirements, even while working remotely, has been key.”

She believes that Symphony became a critical infrastructure provider for its customers in this process and will continue to be considered just that. Her confidence stems from the belief in the power of technology, which she opines, would help us all do our jobs better and in a more efficient way. She expects to see much more infusion of technology in the workplace with people realising the interwebs can replace physical workspaces without interrupting the workflow.

No wonder that she believes every ambitious person must learn basic coding, referring to it as the new universal language of the modern world. This, and gaining as much international exposure as possible even through unpaid internships or volunteering opportunities, could help set the ground for a great career, she says.