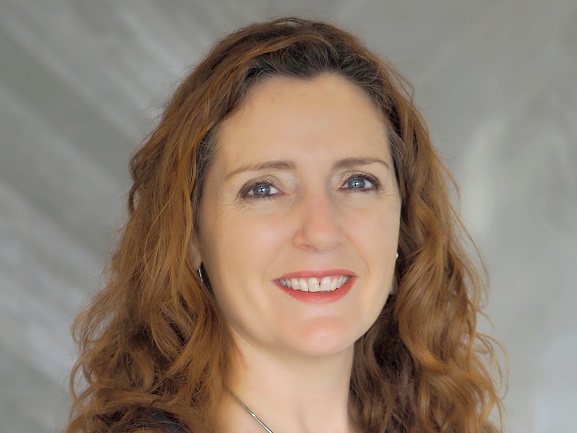 Growing up in Asia, pursuing her education in Europe and then work in Australia gave Nikki Quinn a wider world view than most people her age, even as a young adult. It stood her in good stead in a career spanning all three continents in positions of responsibility.

She first joined insurance giant AXA in 2004. Since then, she has worked her way up and is today the chief operations officer (COO) of AXA Insurance Pte Ltd based in Singapore. A single mother to a six-year-old son, she is also a passionate athlete having played netball at national level in Ireland, Singapore and Australia. She has also participated in several triathlons and bike races.

In this chat with the Women Icons Network, she shares her corporate experiences and what it takes for women to climb up their professional career.

Making of a Leader

In the initial days of her career, she was told to behave more like a man if she wanted to succeed. Soon enough, someone who mentored her said it was a bad idea. They told Quinn to utilise her own ‘superpower’ which was empathy. That was the advice that helped frame her leadership style.

She never tires of telling ambitious young women to be true to themselves in any role they may play in an organisation. “Women have different strengths to men, and we need to be confident in using our ‘super’ powers, and not try to mimic what is seen as typically male behaviour in order to succeed,” she elaborates.

Another important characteristic for women aspiring to be leaders, she adds, is to stand up for themselves and speak up. When one woman does this, she is standing up against the general inequality around her, believes Nikki Quinn. She also gives an example from the time she was at a very junior position and heard a senior male colleague making a completely inappropriate comment about women at a large leadership meeting. She was appalled on realising that no one was calling him on it. After looking at the faces of her colleagues, she knew she had to speak up. That instance ended up leading her in the direction of authoritative roles within the organisation.

Young women must also work towards finding their allies at work – someone who would sponsor, guide them through navigating their career, she urges. This person will be the defender and advocate they need in the initial years of their career, she adds. “Next, build your network within the organisation. Don’t stick to your own team, branch out. As you progress up the ladder, these people will also progress and you will need each other,” she explains.

While companies usually talk of diversity and inclusion in the same breath, there is more attention on diversity but not enough on inclusion, feels Quinn. Diversity, according to her, is women having seats at the table, while inclusion is ensuring women have a voice and participate in the conversation. “It is about collaboration and participation – seeing our similarities and not focusing on the differences.  Inclusion is much harder to measure, but when we focus on diversity AND inclusion, we will see magic happen,” she declares.

This can be done in many ways, the simplest being asking women how included they feel, she says. Leaders need to measure everything with a new eye – gender diversity in turnover, pay, engagement, promotions, time between promotions to name a few, she adds. She is a firm believer in the beauty of data; that it can tell us so much if we listen. Once these measures are accounted, she says, leaders can easily find their weakness and work towards eliminating For example, if pipeline of female leaders is an issue, then a mentoring program for emerging female talent base can help fix it.

“Employee data lends us the story on the surface like career progression, reasons for leaving, gender, etc. I encourage organisations to dig deeper and ask questions on aspirations, barriers to growth, feeling included, and what works for women,” she advises. Acknowledging that there is no solitary story, nor formula to securing that seat, she hopes that collecting success stories would lead to more women to relate to them and increase their aspiration level.

Like everyone else, Quinn looks back at 2020 as a year full of struggles and balances. While her young son depended on her at home, a very large team relied on her to avert crisis situations at work. Amid all that, she struggled to look after her own physical and mental health. She didn’t have anybody to share or fall back on to fill either role.

She also acknowledges that the pandemic was tougher on women all over the world. “More than 2.3 million women left the workforce in the past year in the United States, and more are considering leaving. The uneven distribution of workload at home forced many women to step out of the workplace,” she informs. Burden of supervising the kids’ home-based learning, cooking, cleaning and shopping fell on women, and for working women that meant two full time jobs, she adds.

Even LinkedIn has introduced the job title ‘stay at home mom’, which is a step towards normalising the employment gaps that were created over the last one year, she points out. In the near future, companies would require to show more support for women re-entering the workforce after the pandemic is over.

Quinn believes that she is one of the lucky ones who didn’t lose their jobs as her company was very supportive and understanding that she was juggling a whole new set of challenges brought in by the pandemic. In fact, the team members looked out for each other, and tried as much as possible to combat the blurring of lines between home and work!

“If a company doesn’t have a strong cultural commitment to gender diversity, with proven results, then I wouldn’t choose to work there. A strong commitment to diversity and inclusion tells me that a company is driven towards the betterment of society as a whole,” she states.

Citing a research conducted by Deloitte that shows a threefold rise in the number of women leadership roles in the financial services with each additional woman added to the C-suite, she underlines the importance of investing in a female talent pool for the future. “We must track our ratios and hold ourselves and our management accountable for progress. We would benefit from adopting policies that allow more flexibility at home, like longer paternity leave, flexible working hours, telecommuting etc. As more and more companies adopt these practices, the more we normalise sharing the workload at home,” suggests Quinn.

For this to happen, the role of men is important, too, she believes. They can start with acknowledging the existence of male privilege in the workplace, she says, and then be willing to tackle the barriers in place for women. Everyone in an organisation needs to work as an ally towards breaking labels and gender roles at the workplace and at home, she thinks. Having male allies amplifies an inclusive workplace, she adds.

When asked about the challenges that business leaders face in terms of recruiting and retaining women in the workforce, Quinn talks about the societal constructs with regards to gender roles. “We need a deep mindset change in society. Men need to take on equal roles in home life, for women to have the space to take on equal roles at work,” she elaborates.

She feels that expecting women to field the dual responsibility of the household and work without help might be equivalent to setting them up for failure. This often means that they are forced to work long hours, late into the night or on weekends, she points out. Such a work culture that doesn’t put emphasis on work-life balance and supports flexibility would only be detrimental to the growth of the company, she says.

A key challenge is having the organisation truly understand the issues behind gender equality, she thinks. She speaks of senior business leaders who say they believe in gender equality, but would always hire the ‘right’ person for the role. The definition of the ‘right’ hiree is subjective and could be marred by the personal biases of those making the decision. Companies need to reassess their recruitment process, structures, promotion and reward processes to ensure they aren’t perpetuating hiring bias, she believes.

“At AXA, Diversity and Inclusion is an enabler to drive progress! It is deeply embedded in our culture and values and expressed in our Employee Value Proposition in the domains of harnessing potential,” declares Quinn. The company believes in allowing people to shape their work day, in promoting candid discussions that both challenge and include, and lastly in ensuring that the workforce mirrors the customer base by hiring a diverse population, she adds.

She provides the example of their Diversity & Inclusion Employee Resource Group that champions inclusion topics like gender equality by participating in and organising panel discussions on the topic. It also organises workshops for staff, creating internal ‘Lean In’ groups, and provides year long mentoring for young female professionals. She personally is always impressed by a training called ‘Building Our Smart Working Muscles’ which explicitly has a section on Inclusion.

The corporate world had lofty gender equality goals for 2020, which haven’t been achieved yet. “Given the scale of what we need to achieve, and the disruption caused by the pandemic, I believe it’s going to be even harder to reach the goal of gender equality by 2030,” she says.

However, Quinn has her hopes high as there is so much urgent call to action on the topic. It makes her happy that we, as a society, are rethinking and redesigning ways of working and standards of success. There is no magic bullet to achieve all the collective goals, but many different players are working together in different ways to improve our position daily – much like an orchestra, she believes, adding, “What sweet music we will make when we achieve our goal!”