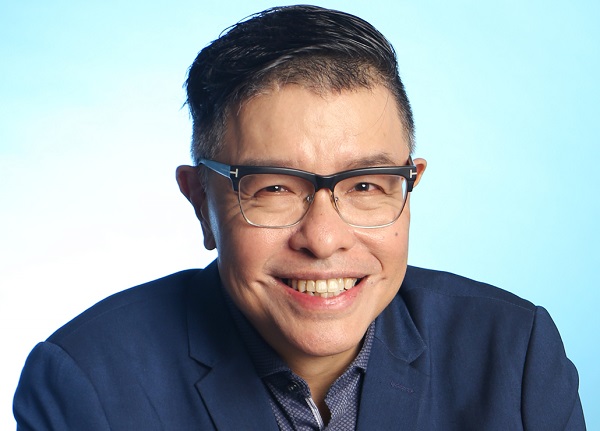 A veteran in talent management, Stephen Tjoa was leading the human capital initiatives of the international accounting firm KPMG. In fact, he was the first human capital professional admitted as a Partner by the firm in 2005. He played a critical role in the implementation of innovative people solutions, change management and business partnering programs to facilitate the organization’s strategic people agenda.

Even after his retirement in October 2020, KPMG retained him as a consultant. Stephen currently serves as the Chief Talent Strategist at Influence Solutions where he helps clients in multiple domains in providing specialist consultancy and leadership offerings. He also serves on the Board of Advisors for HR technology company, HReasily.  Besides, he has also been appointed by the national body, TAFEP as Worklife Ambassador to promote the National Tripartite Standards for Singapore employers to promote flexibility, diversity and inclusion as part of its national charter.

Among the things that he has promoted in the work culture in all his engagements has been a gender balance. In this chat with Women Icons Network, Stephen discusses why this was important and the way businesses can make the work environment more gender neutral.

Gender equality, he stresses, needs to move beyond the nice-to-have to a business proposition which suggests that the organisation will benefit significantly from the investment of time and effort to ensure that gender equality is linked to overall organisational success. “There is a significant body of research out there which suggests that gender diversity increases an organisation’s productivity, innovation and quality of decision-making,” informs.

He also brings up a 2016 study from the University of California which looked at big companies in the state and highlighted that companies with more women representation at the top performed better than companies with mostly men at the top. Stephen points out that higher numbers of women at the leadership level may inspire greater cultural change in pushing the thresholds on the organisation’s ESG agenda.

He talks about several other studies that underline the benefits of women leaders including a curb in excessive risk-taking, promoting ethical practices, and in turn, improving organisational reputation, quality and sustainable performance. “The presence of women in leadership has been linked with good governance, effective diversity management, and can only lead to more positive effects on shareholder value and overall company performance, according to a recent research by McKinsey & Co. Moreover, gender equality is also closely linked to racial quality. In other words, racial quality improves as we achieve other demographic ratios,” he explains.

The first step towards any change in a workplace, he believes, is “a buy-in at the very top”. The leadership has to truly believe in the benefits of gender diversity as a critical factor of success rather than something that shows them in a good light, he says. Stephen thinks that skills like empathy, an inclusive mindset and agility can help with establishing this base.

Then, there comes the time to take definitive action. “Creating diversity-friendly policies throughout the entire employee lifecycle starting from non-discriminatory, equal-opportunity hiring policies, having employee benefits with a diversity lens are steps in the right direction. This should also apply to reward and promotion policies, training and development opportunities, and ultimately, to build a succession pipeline which focuses on equality, inclusion and diversity,” he says. He adds that the company must define clear KPIs to communicate gender equality, including swift actions for discrimination, identifying and preventing unconscious biases through training and dialogue.

Stephen gives the example of implementing the vision of KPMG to have adequate representation of women leaders at the highest levels of the firm, i.e. at the Partnership level. The campaign, he informs, boosted the participation of qualified female professionals in the company as it created a clear career path for the ambitious women employees. “In the Singapore firm alone, we were well above the 25% threshold of many years. Soon, almost 50% of the new partnership admissions were female,” he states. This trend continued as it communicated very convincingly that there was a level-playing field within the company’s organisational structure for everyone, with no glass ceilings, he adds.

The HR veteran believes men play a critical role in ensuring that gender equality is in a compelling value proposition within an organization. “Talent diversity, no matter the demographic in question, is simply good for business. Let’s face it, in most organisations, leadership is still dominated by males. According to the Global Gender Gap Report 2020, it may take another 100 years to achieve overall gender equality based on the current state of progress,” he points out.

Stephen is quick to acknowledge that we all have inherent or unconscious biases, behavioural patterns or communication styles which we have learned in our lifetime. “What seems like a completely ‘harmless’ remark or joke about a colleague’s ability or inability to most men may be taken as insensitive or wholly inappropriate by women,” he adds.

Comments like “You are pretty, you will go far.”, “You probably can’t go for the overseas posting because you need to look after your kids.” or even cracking an inappropriate joke may seem harmless at the start, he says. However, they only require to be looked at from a different lens, a different perspective, he thinks, to appear disrespectful or insensitive.

“Whilst we know that there are far more serious offences of a physical or emotional kind, it starts with the verbal ones. Left unchecked, these ‘buds’ will bloom into full-scale harassment or intimidation,” states Stephen. The key, he adds, is awareness and a conscious effort to be fully mindful of the things we say, and more importantly, the things we do.

“Gender diversity and equality is not just about creating an inclusive environment. It cultivates a culture of trust, psychological safety and an atmosphere of openness about respecting one another which in turn spurs on creativity and innovation,” he stresses. These are the things, he says, that often give organisations a competitive advantage.

When it comes to implementing practical solutions, he has a simple yet effective one. “Appoint a champion mentor”. Having an influential woman leader as a role model, in my view, presents the most powerful way to demonstrate both a personal and business case for gender equality and diversity,” he asserts.

He also suggests creating avenues for mentorship, networking and socialising for role models (especially those championing the cause). This, he says, will be a great way to demonstrate what success looks like, how challenges can be confronted and to expound the possibilities for those wishing to follow through. Real-life examples provide the most relatable evidence to support success and encourage others to do the same.

Other solutions he swears by include an organisation-wide adoption on the principles of equality, having fair and equitable compensation practices, a performance management philosophy that is entirely free from any gender bias and a zero-tolerance policy against discriminatory behaviour and practices. Another way to ensure greater participation of women in the workplace is to link gender equality and diversity with shareholder value and overall company performance.

Pandemic as an Equaliser

In order to improve upon gender diversity at the workplace, things need to be shaken up now, says Stephen. He goes on to say that the Pandemic may serve as an equalizer towards this. The challenge is to have the culture of diversity and equality as a blueprint for any organisation who wishes to survive and thrive in the current global economy, he thinks.

While 2020 has been a difficult year for everyone, he acknowledges that with the dual responsibility of being the primary caregiver at home and work from home, women had to face a double-shift challenge. He also cited a recent Harvard Business Review article that suggests working from home might actually lead to increased family conflict. “The findings point towards women being more likely to take on more domestic responsibilities while working flexibly, and men are likely to expand their work spheres as a priority without necessarily increasing their caregiving responsibilities,” he elaborates.

Having a policy or program which directly impacts work life may help working moms to achieve their career goals and aspirations, believes Stephen. He thinks that there is also a need to find ways to address their caregiving obligations at the family level in order to ensure sustainable female participation in the workplace, and to prevent attrition among working moms. “Working moms often have to make a choice of one or the other as opposed to having the best of both worlds,” he states.

He warns that short-term issues such as the actual operational and financial viability of the organisation in light of the pandemic may derail many initiatives other than those impacting business directly. Gender diversity, he says, must be seen as a long term sustainable solution, especially when we are grappling with such an unprecedented uncertainty.

“More than ever before, we need all hands and brains on deck to solve these challenges. Addressing work-life challenges  brought about by the pandemic is also important before we move forward,” says Stephen. Since there is no one-size-fits-all program, he adds, a good way to work around this would be to establish a baseline then work on customising interventions which make sense to the organisation and individual.

He thinks it is time for every organisation to step up to elevate gender diversity and equality as a business agenda and invest time, money and effort to deepen its culture and commitment to truly becoming an inclusive and equal-opportunity employer.