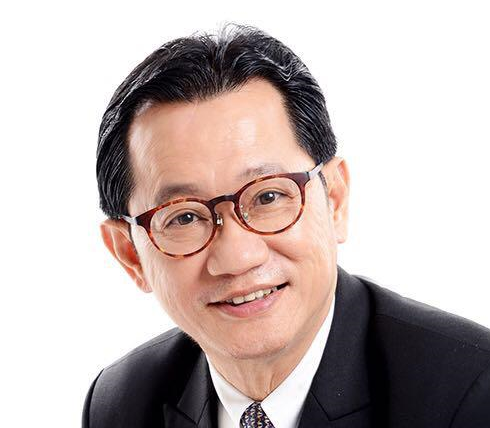 Currently, he is the executive chairman of GEX Ventures which won several awards during the coveted Corporate Human Resources (HR) Award 2019 from the Singapore Human Resources Institute (SHRI). He has been a proponent of the idea that businesses today need more women in leadership roles as “women hold up half the sky for us”.

In this chat he shares his views on the need for leaders to take the responsibility for bringing about change at the workplace and in the overall community.

Dr Liew says the most important quality for leaders who wish to bring gender diversity and equality in the workplace is empathy, or the ability to understand gender differences, perspectives, strengths, and work styles. The team should comprise individuals who have people skills, emotional intelligence and compassion, he believes.

“As there is no one-size-fits-all working style, workers need to learn how to cooperate, collaborate and co-create solutions with others who are unique to and different from them. They should have the necessary skills to lead, manage, and work with others to achieve desired results,” he shares. The ability to exercise care and concern on colleagues, to understand each other’s needs, concerns, fears and aspirations also helps the team to work better together, he adds.

In order to make an organisation more gender balanced, leaders must eradicate negative stereotypes and discriminations of women’s roles and responsibilities, says Dr Liew. He also says that they should help the female employees make better informed choices about educational and career pursuits and groom them to take on senior positions, especially in the more male-dominated fields.

Men in leadership roles need to strengthen their commitment towards gender parity to build a stronger and more inclusive, cohesive and resilient workplace and community, he believes. The concept of gender parity needs to be entrenched in homes and societies, along with workplaces. He stresses the need for a renewed call to eradicate gender stereotypes and discriminations of both male and female, and other gender identities.

“Eradicating unhealthy ‘old boy networks’ and removing prejudices in pay and promotion will help improve the diversity of the workforce. It begins with guiding young people in making better-informed choices with regards to their education and career so that they don’t see any professions as meant for one gender,” Dr Liew suggests. In doing so, we can build a more responsible, compassionate and inclusive society, he adds.

It is also important, according to him, to tackle biases in various processes and upgrading the values in the collective mind space of organisations regarding typical female qualities and female-dominated professions. “Encouraging men and women to share responsibilities for looking after their children and homes would also help make it easier for women. Besides, we should facilitate their assimilation back to the workplaces after maternity/paternity leave and career breaks,” he asserts.

When asked about the need for gender balance at the workplaces, Dr Liew cites World Economic Forum’s reason that states that ‘expansion of opportunities for women has the potential to transform the economies, societies and demographics of countries as a whole’. Not addressing gender parity issues may cause a cascade of negative consequences.

“An organization that has no woman or a lack of women in leadership positions may suffer planning myopia and deficiency in its operation. It may not have a proper perspective of female stakeholders, including employees and customers, and get more complete feedback from them,” he explains.

As an example, he tells how a female engineer in a leadership role would be able to convince other female engineers to join the company, or for more female students to take up engineering courses. Gender diversity in the leadership team ensures a diversity of ideas to help create more innovative ideas and breakthroughs. He warns, however, to not practice gender parity so blindly that it affects the overall effectiveness, efficiency and results.

Talking about how his own company has done this, Dr Liew says that they have made sure to have skilled female colleagues at every level and section of the company. These women employees are regularly sent to both in-house and external courses to upgrade their skillset and prepare them for higher positions. The project teams in GEX Ventures are set up in a way to allow female colleagues to learn how to plan, lead, systemize, organize, control and improve different areas of our business.

“As a leader of the company, I have to set the example and be the model to our colleagues on promoting and practising gender parity,” he says. To this, he ensures that none of the staff, including female colleagues, are discriminated against. He strives to foster a healthy environment to help both male and female colleagues to find purpose, excitement and fulfillment in the workplace.

He also tries to bring out the best in them and train them professionally and personally to be the best in their endeavors and contributions. He says, he likes to help them enjoy meaningful experiences that will be a part of their treasure cove of wonderful memories.

During the pandemic, Dr Liew initiated a happiness team to look after the happiness and overall well-being of all his staff. The female employees played an important part to ensure that everybody stayed safe and sound, he shares. “They helped in fostering closer bonding and relationships within the team. They organized fun activities to help everyone to enjoy their working time from home and elsewhere,” he informs. The contributions helped the company to reach out to more customers in more countries in one year than since the company started.