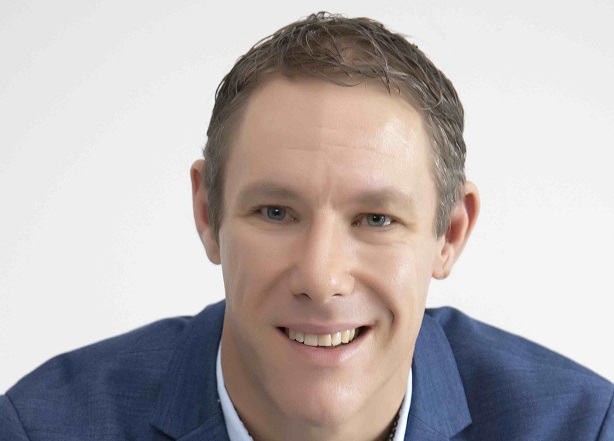 SINGAPORE – In a career spanning more than 15 years, Nick Jonsson has covered domains like international general management, sales, direct sales, and marketing experience. Other than his home country, Sweden, his postings have taken him to the UK, Australia, Thailand, Vietnam and Indonesia. Currently, he is based in Singapore where he is the Co-Founder and Managing Director of Executives’ Global Network (EGN) Singapore.

An advocate of mental health, especially at the workplace, Jonsson volunteers at Samaritans and an anonymous support group. He regularly speaks at forums and events about Executive Loneliness, which is also the topic of his upcoming book. He spoke to Women Icons Network about the mounting pressures on working women, the role of employees in reducing this and the future of gender diversity at the workplace.

He believes that gender equality must start from home before it seeps into the workplace. “We are making policies to make it easier for a mother to juggle both her work and her child rearing duties, but what are we really doing forthe men to handle an equal amount of workload on their home front?,” he questions. He believes that in order to be better partners in the household responsibilities, we need to provide men the requisite empathy, understanding, and more paternity leave.

Taking the example of Singapore where paternity leave is for two weeks whereas maternity leave is four months, Jonsson says, such policies help in sending out the subconscious messages that men should return to work soon after childbirth. This, in a way, tells men that they need to help less at the home and focus on their career while telling women that they should take on more of the load at home.

He goes on to contrast this scenario with that in Sweden where both parents are given 480 days of leave per child, and 390 of these days are paid at a rate of 80% of your salary. “Naturally, women will start to focus more on running their house if they have no external help. Once we allow the men to contribute equally at home, I believe women will feel less compelled to sacrifice their own career advancements,” he states. Gender equality, he adds, really starts from giving the same benefits to both the men and women.

Jonsson cites a recent McKinsey study in which women ranked higher than men on all fronts with regards to feeling excluded, pressured to work more, burned out, and exhausted. “It also mentions that women, mothers in particular, are taking on a heavier load due to the pandemic. In fact, mothers are more than three times as likely as fathers to be responsible for most of the housework and caregiving in an average household,” he points out.

An organization that is committed to the cause of bringing gender equality in the workplace, he says, can be identified by one simple distinction – translating practices on paper to actual, real life application. Some of the necessary traits of such an organization include fair and inclusive hiring processes, road map to progression and opportunities being the same for both genders, no gender biases for ambassadorship and empathy towards female employees if a woman has to have her work disrupted due to her caregiving duties.

This belief of his is exemplified in a scheme he introduced while working as the General Director of a fashion company in Vietnam, wherein an employee could take a few half days off per year for urgent tasks without any questions asked. They were only supposed to inform their supervisor or immediate boss about it. While it was extended to all employees, he recalls that women were especially grateful for such a provision.

“Empathy means that the KPIs of the organization need to be flexible and non-discriminatory to account for the challenges that women may be facing,” he asserts. He gives the example of networking events which are often pushed to late evenings or weekends, thus denying women employees the chance to learn as well as network. It’s easier for men to excuse themselves from other responsibilities for such events, he adds.

It is important, he thinks, for men to be on board with all the practices put into place to ensure that equality is achieved. He adds that a good leader should facilitate women employees having a voice and reflect upon the challenges the women in his life have, in order to promote equality in the workplace.

“Business leaders need to be educated and constantly reminded to think along the lines that women are equal whether as a subordinate or superior. Removing blanket stereotyping at the workplace starts from the top,” states Jonsson. They should not differentiate between juniors they pick to mentor or sponsor, based on gender.

Lessons from the Pandemic

The new reality of work from home has seen the domestic and official responsibilities blended into one environment and boundaries blurred. “Kids had to stay home as schools were closed, so both parents need to balance childcare duties without sacrificing too much of their work. What I have learnt during that period is that as a leader, my colleagues needed my understanding more than ever,” he shares.

This realisation made Jonsson adopt an open-door policy, conveying to his team that he was available if any of them needed a listening ear. He also tried his best to help them move around their work in order to accommodate to the new situation, which he continues to do.

He believes that the most challenging aspect of bringing gender equality into the workplace in the coming years would be to change the long-standing societal mindset. Specifically the belief that men should be the hunters for the family and provide more, while the women should be the gatherer, focused more on running the household and child rearing.

“Once these beliefs are overruled, we will understand that both men and women are equally capable of running a household as well as taking on leadership roles in an organization,” says Jonsson.

Cyber Security Awareness: Take the Bull by the Horns