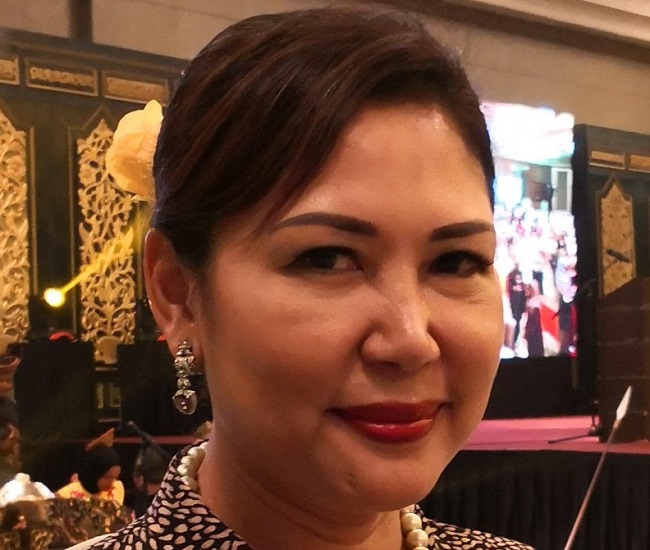 Kuala Lumpur based Rozita Malek comes from a very traditional household and growing up was witness to her parents attend to their conventional gender roles without asking questions. Right after graduating with a BSc in Management Information Systems from Indiana University of Pennsylvania, she started working for NCR in Malaysia. She was one of the only two female salespersons in a team of 25 then.

These experiences had a deep impact on her and made her resolute to rise above the unwritten “rules” surrounding women’s roles in the household and workplace. She spent a majority of her career at CIMB Securities, steering through another male dominated field in the form of stockbroking. After this, she became an entrepreneur and has run several businesses gaining insights into the food and beverages, travel, CRM and technology industries.

Currently, she serves as an independent director at Aberdeen Standard Islamic Asset Management Malaysia. She is also a member of the 30% Club (a global business-led campaign focused on building an ecosystem of partners for the promotion of diversity, equity and inclusion), ICDM (Institute of Corporate Directors Malaysia) and LeadWomen which was established with a mission to increase women representation in senior leadership and on the boards of corporate Malaysia.

Women and the Workplace

Women, Rozita points out, take on multiple roles in life, including the major responsibility of taking care of children and parents in a family. Therefore, she looks at flexible working arrangements as a key to improving the inclusion matrix of a company, especially for women who find no assistance to take care of younger children.

“Companies still need to catch up in terms of providing this assistance where necessary. Not all workplaces offer a creche and kindergarten facility at the company,” she says. She believes that corporate leaders should start viewing these facilities as assets rather than a liability since losing valuable talent is more expensive than providing the right help.

As employees, women need to feel assured that their position will not be affected when they go on maternity leave, extended leave and subsequent leave for emergencies involving their children, she feels. “This is life. This is where the support of their husband comes into the picture. Socially, it is still largely the woman’s domain to care of children which needs to change,” she asserts.

Among the problem that most working women face and one that needs to be tackled, bullying and sexual harassment rank highly, thinks Rozita. She stresses that women should feel safe at work. “We go to work to contribute to the company. If the perpetrator is her direct boss or even colleagues, it will make her life difficult. More often than not, she will resign after suffering for some time,” she shares.

Therefore, she says, employers should provide a safe place for women to lodge complaints in such cases. They also need to set an example by taking a stern action against the perpetrator, and emphasize a zero tolerance to any form of bullying and sexual harassment.

According to Rozita, one way to improve gender representation at workplaces, is to increase the number of women in leadership positions. This, she says, will broaden the talent pool for board nominations, and ensure that the women appointed have the experience, skills and legitimacy required.

Increased representation is essential to have a meaningful say in the decision-making process, she maintains. “Investing in women talent early on diminishes regulatory risks down the line,” she insists. Having more women in leadership will also diminish the biases and negative stereotypes around women’s ability to lead, she adds.

Rozita also thinks that concerted efforts by both men and women are required to move the corporate world in the direction of gender balance at workplaces. As more men are in the position of power specifically in C-suite roles, their support is of utmost importance, she says. “There are so many capable women who are not given the chance to be in the position of power. Sadly, not all women will help other women,” she opines.

She acknowledges that strides have been made to put more women on the board of companies. However, she believes that there is still a gap at the C suite level that needs to be addressed. For this, men in leadership roles need to sponsor/recommend high calibre women colleagues to be promoted to the C suite levels, going over and above mentoring, she feels.

Women are more severely affected by the pandemic as they are at lower paying positions in most cases, points out Rozita. She adds that women are over-represented in sectors which are most heavily hit by the pandemic, such as hospitality or the food services industries, further exacerbating inequalities.

In order to avoid this from happening in the future, she says, companies need to hire and promote more women into senior management positions. “Having more women in senior management will, in turn, ensure that they have the adequate skill sets and required experience to be appointed as board members, enabling companies to reach their quotas and align with the increasing number of regulations around the percentage of women on corporate boards,” she shares.