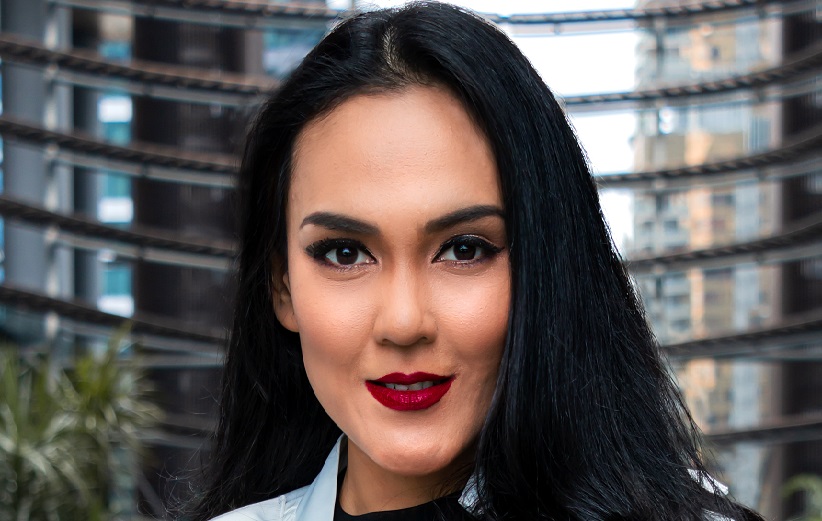 When she became a break out singing star as a high school student in Indonesia, Dona Amelia never imagined she would grow up to be an entrepreneur. After a decade-long career in the showbiz, she set out to attain her full potential which led her towards becoming a business owner. In this exclusive chat with AsiaBizToday, she recounts this journey and the lessons learnt along the way.

Soon after graduating from college in 2007, Dona got her big break when her debut album was released by a big record label, Pelangi Record. Alongside, she also established herself as a sought after TV presenter, actress and DJ. She also started her own record label Dona Music that she owns till today. This was perhaps her first brush with owning a business.

“Despite being in showbiz for more than 10 years, I always felt like I wanted to do more. I knew that I wanted to be an entrepreneur and make a difference,” she said. This pursuit of finding a way to achieve more, she took a leap of faith in 2015 by moving to Vietnam before eventually settling in Singapore in January 2018.

Soon after, she found her footing as a businesswoman and co-founded EGN (Executives’ Global Network) Singapore, a professional network for senior business executives. She co-founded the venture with husband Nick Jonsson and their partner AJ Boelens. They conduct peer group meetings and events for the c-suite and senior executives.

Dona says she loves her new avatar of an entrepreneur. “I find that what fuels my ambitions as a businesswoman is knowing that our members really benefit from us. I like being recognized and challenged everyday for my work, and knowing that there are no limits to scaling my business as long as I am willing to work hard for it,” she says when and about her motivation.

It also helps to have the love and support of her family as well as her fans in this journey. Dona says she feels blessed to have a family that was always supportive of her plans. She is overwhelmed with emotion while talking about the support extended by her fans who kept following her career even when she moved out of the country. She says, “I still receive encouraging messages from time to time and I hope that I can inspire them to follow their dreams.”

During its four-year long existence, EGN Singapore has amassed more than 300 members (10 peer groups with around 30 executives each). With increased levels, the number of meetings and events have also consistently grown. “This makes us the market leader in the space of organising confidential peer group meetings. We already have 96 meetings and events booked for the year to come in Singapore,” informs Dona.

When asked about the female representation in these meetings, Dona says EGN advocates diversity in all its peer groups. “Currently, 23% of our members are women, but we are striving to have more female members in the months to come. Sadly, outside of EGN, I believe that only around 11% of women are on the boards in Singapore. This is too low and clearly shows that it still is a man’s world at the top,” she says.

Dona says she would love for more women executives and entrepreneurs to get in touch with her and get involved with EGN. She also compares the situation in Asia with that in Europe. “Gender diversity has advanced in Europe and Scandinavia, where EGN is from. We are a Danish company, and I am blessed to be connected with my colleagues in Europe. We still have a lot to learn and catch up to do in Asia as far as gender disparity is concerned,” she says.

In her role as Director, Member Service at EGN, she says she strives to drive this change so that more women take part in leadership positions. The women participants, she believes, bring in different perspectives to the peer groups, which allows the members to tackle the same idea from various angles. “New perspectives make executives more open to various ideas, which helps them grow both themselves and their businesses,” she explains. Dona says she will focus on expanding EGN into other Asian countries in 2021.

Not about following your passion

Dona disagrees with the oft-repeated advice for youngsters to follow their passion. The obstacles and hurdles in one’s path might develop a distaste for something one lives doing, she says. “It may just turn into ordinary, hard, and boring work at that point. Instead, find what you are good at and then spend time to be great at it,” she suggests. She believes that being great at something will eventually make you passionate about it, whatever it is.

“As for your passion, do that on the weekends!” she exclaims. Dona herself continues to enjoy her music and often DJs at special parties and events. Her mantra is to give 100% attention to one assignment at a time. And currently, she’s fixated on bringing more business leaders from across Asia into the EGN fold.