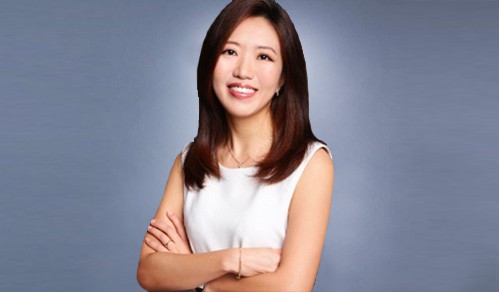 When she entered a workplace at the age of sixteen, Clarie Kwa learnt one of the most important lessons of her life: the importance of relationship building. It surely stood her in good stead in reaching the top tier of Singapore’s entrepreneurs as the director and head of fintech service 360F. She talks about her inspirations and what drives her in this freewheeling chat with AsiaBizToday.

Anyone who has interacted with Kwa would agree that she comes across as a very focussed person. This wasn’t always the case. As a child, she remembers being pretty fickle with her ambitions. “They changed with every TV drama I watched during the holidays. So the list included a teacher, a biochemist, a doctor and even a well-heeled executive!,” she recalls.

Among these childhood dreams was one that was not based off a television character – that of owning a pencil shop. Her love for the humble writing tool has not waned over the years, and she still prefers to pencil her thoughts down.

For Clarie Kwa, the first into the working world began at the age of sixteen when she started working as a temporary staff doing administrative duties at a MNC. Talking about the lesson in relationship building she learnt here, she says, “If I wanted to get a document fast, I could not afford to hang around my computer. Instead in-person requests worked wonders – a luxury to have in today’s circumstances!”

Being a young person in a busy workplace, she had several hesitations while approaching people. “Eventually, though, I got the hang of blocking out my internal ‘what-ifs’ conversations and interacted with people from all walks of life within the large organization,” explains Kwa. It also helped that she would not take no for an answer, as pointed out by one of her colleagues there.

“Hindrances are only hindrances when we frame it that way,” she says when you ask her about the difficulties she faced. No wonder that she was pursuing an MBA while holding a full time job and running a household. In fact, it was at this time that she started a Women in Business Club, the first one in her alma mater Nanyang Business School.

Though Kwa doesn’t recall how the idea of this club came about, she does remember that the administration was very supportive of the club that was later the foundation associated with it. “We became one of the most active clubs, and our male counterparts soon asked to join our events too! In hindsight, the club amplified the women’s presence, albeit them being the minority in the programme,” she says about the role the club played in helping the female students.

She reiterates her stance on obstacles saying, “Ambitious women do not see the hindrances; We simply soldier on with smartness and a community.” As an example, she tells about the time during her business school year when her co-founder had to take time off to take care of her family. This required Kwa to step up her involvement with the club, despite having to toggle between a full-time job and studies. “I was able to rely on the club members to self-organize the nitty gritty. I never felt overwhelmed,” she says.

Almost a decade since the club was started, Kwa feels that though there is a marked improvement as gender diversity at the workplace, but a gender-neutral workplace is still a distant dream globally. “I don’t believe in setting artificial quotas to manage diversity. Rather companies can play an active role in instilling the concept in our daily lives,” she says.

Kwa actually practiced what she is preaching in the various leadership roles that she has held over the years. She recalls one small behavioural change she brought about in her outing as a head of insurance several years ago. “I would stop my female consultants from serving refreshments to the guests. Instead, I asked the consultants to lead the guests to the pantry to choose and make their own beverage, while they make conversations to connect,” she tells.

Kwa’s firm, 360F, offers digital multi-channel wealth management and insurance solutions. With the pandemic, people have become more accepting of conducting all transactions. Does this change the dynamics in the fintech industry?

She says, “Since the pandemic lockdowns, insurers have finally dropped its digital resistance. This is not to say insurers had not been digitizing before this Covid mess. Earlier, this was done within an outdated framework on how business should be run.”

The new understanding of the way a digital business works is benefiting 360F immensely. The company recently implemented the technology to help customers verify the viability of a financial recommendation through advanced optimization and simulation methods for an insurer. “By digitizing this stage of solutioning, we build trust into the system. Ironically, trust is earned when the customer does not need to blindly rely on the expert adviser. In other words, the digital business is not just more cost-efficient or productive but also game-changing,” she explains.

To all the budding entrepreneurs, Kwa advises to be very clear of their motivation. “You need it to stay focused during the trying times. Remember my dream shop that sells pencils? Some dreams can wait because there are bigger ambitions to tackle first, especially those that change the world for the better,” she says before signing off.