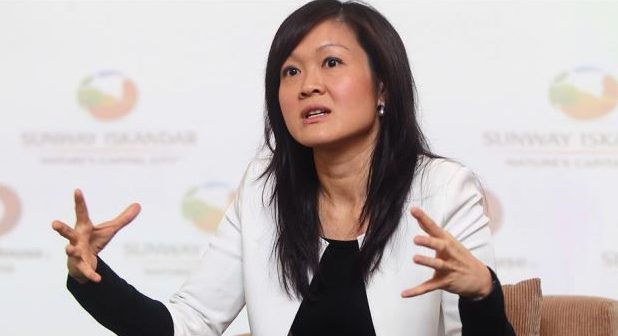 Sunway Bhd’s Sarena Cheah says it is unlikely that the property market will collapse unless the global market does.

PETALING JAYA: Malaysian conglomerate Sunway Bhd has expressed confidence that the property market will not collapse this year, citing the healthy employment rate and growth in businesses.

These are good fundamentals that the country can rely on, The Edge Financial Daily quoted Sarena Cheah, the managing director of Sunway’s Malaysia and Singapore property division, as saying. “We don’t foresee a collapse (in the property market) unless the global market (collapses), but we foresee it to slow down and should only be going up in a matter of time,” she added.

Concerns over the property market have been swirling for some time, with real estate veteran Ernest Cheong saying last November that developers and house owners would face one of the toughest times finding buyers in 2018. Cheong told FMT that this could lead to a market crash as consumers did not have the financial capacity to own homes. Some were unable to even pay their monthly instalments, he added.

However, Cheong’s concerns were dismissed by other real estate players, with Henry Butcher Malaysia CEO Tang Chee Meng saying projects priced under RM500,000, as well as those above that price range in popular locations, were still enjoying good take-up rates.

Tang added that Malaysia’s economy was projected to grow between 5.0% and 5.5% in 2018, and that it was “too pessimistic” to say that the market would crash.

The above is an extract from the news published on Free Malaysia Today. Click here