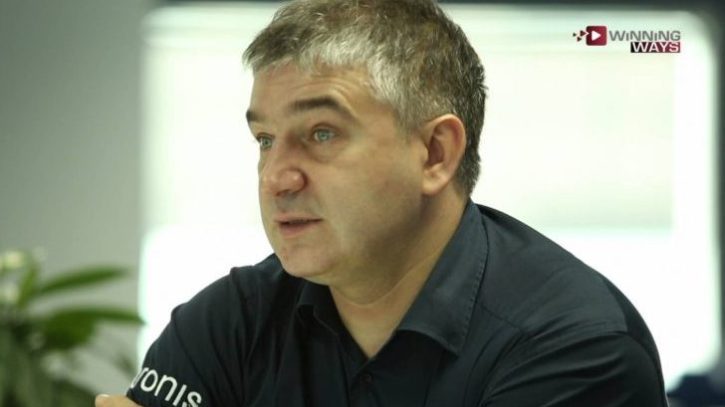 Serguei Beloussov, CEO & Chairman of Acronis is also its founder.

Having setup his first company when he was only 20-years-old, Serguei has today gone on to build three very successful IT companies — Acronis, Parallels & Accumatica. As a young startup, he realised that it was much more fun to make your own software rather than sell somebody else’s and that is how Acronis got formed.

Acronis has changed a lot in the last two years since Serguei came back to head the company. But he believes that it is just the beginning. “We are on a mission of making sure that the data is never lost. It’s a very important mission and we are very far from being done,” he says in this interview with Winning Ways.

On technology entrepreneurship, he says that a lot has been spoken about it. But the basic principle being that solving the problems in society can help people a lot and in turn helps make one make money as well.

Data will be the vault while currency will remain currency and a means of exchange, Serguei says. In times to come everything in the world will be described in data and so in a way data will be more important that currency itself.

Cloud computing through faster internet connectivity is making data available for everyone at any time and at any place for any purpose, he said. On the startup scene in Singapore, he feels that it is relatively small but enabled by deep knowledge and technology and deep science. It will be very interesting in the next 5-10 years.

Successful startups call for a balance between proper idea that feeds into a team that can fix its execution. There is not one thing which is more important than the other and that’s how history of mankind has evolved.

Watch the complete interview on WinningWays

Innovation is all about solving real problems: Alex Lin