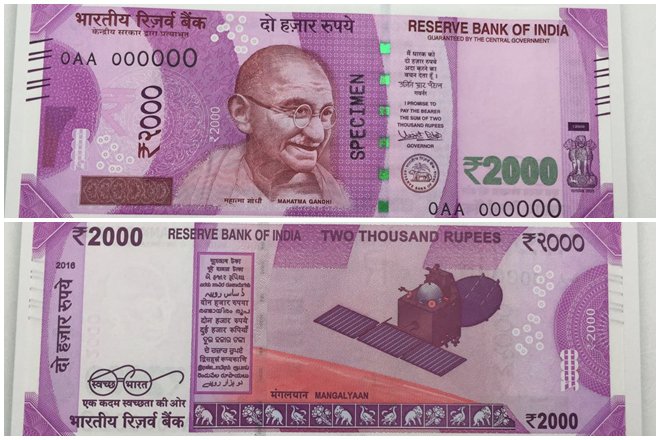 The new hard­ to ­fake Indian Currency denominations of Rs 500 and Rs 2,000 will be available at bank ATMs when they start operating again from Friday, Finance Secretary Ashok Lavasa said today.  “There are going to be some difficulties which they (people) will face but for their convenience, a number of steps have been taken by the government, there are facilities to  withdraw  money  from  ATM  and exchange currency at banks, withdraw money from accounts,” he said on government withdrawing Rs 500 and Rs 1,000 notes from circulation to crack down  on black money  and counterfeit  currency.
People, he said, do understand the objective behind the move. “And I’m sure they will cooperate in dealing with the difficulties and inconvenience that they might face. And eventually things  will  settle down.”

Lavasa said people need money for transaction so for replacement that currency is being introduced.  “RBI will very strictly monitor it,” he said. “For doing any transaction there are different ways, government’s intention is to move towards cash less transaction.”  The ATMs will open day after tomorrow and at many places they will open tomorrow, he said adding  new notes will be available at ATMs.

The Government, in a move to curb corruption, terror funding & black money denounced usage of currency denominations of Rs. 500 & Rs. 1000 from the midnight of 08 Nov, in an announcement by the Prime Minister Mr. Narendra Modi. The citizens have been given time until 30 Dec to deposit the old currency into banks & replace them with the new currency notes.

All Banks in India will remain closed for a couple of days and some ATMs will also not function as RBI stocks banks and ATM machines with lower denomination notes, Modi said.  He expressed confidence that the staff of banks and post offices will rise to the occasion to introduce the new order within the available time.  He also expressed confidence that political parties, workers, social organisations and the media will go further than the government in making it a success.