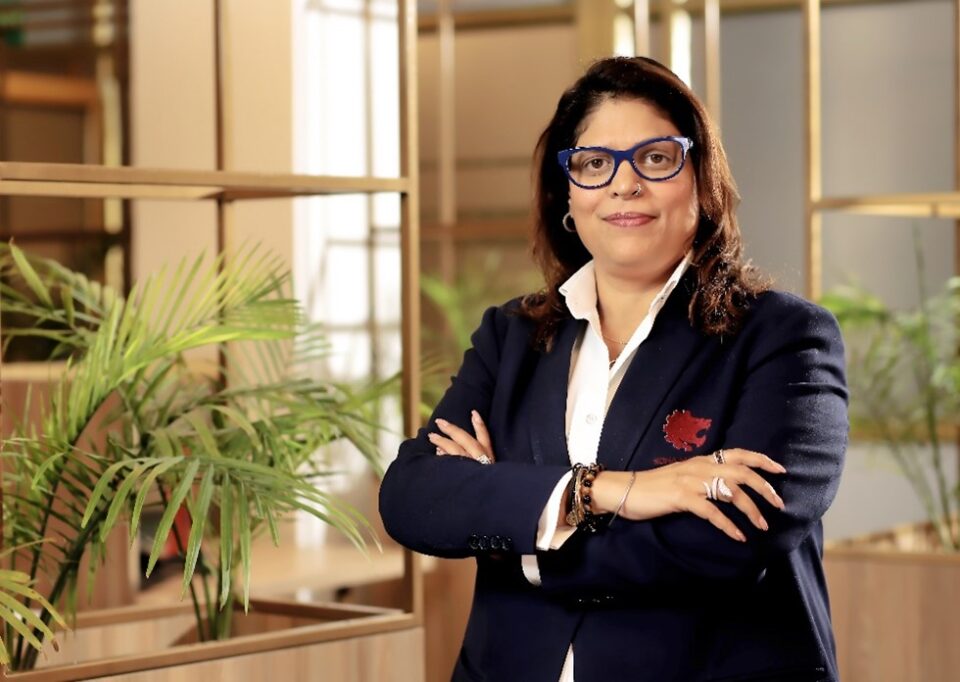 When she first entered an automotive manufacturing unit, her little fingers wrapped around her father’s, Mandhira Kapur knew she wanted to be a part of this world. She also wanted to be just like her father, the renowned industrialist Dr Surinder Kapur, when she grew up.

She started off in the fashion and lifestyle industry as a PR and marketing professional fifteen years ago. Although she was very successful in positioning several global brands through her agency, this also meant there was a lot of apprehension whether she would be able to navigate through the auto industry. The managing director of Sona Mandhira Private Limited, a B2B aftermarket firm for automotive parts, talks to AsiaBizToday about her foray into the male dominated industry, the gender imbalance in it and how she etched a niche for herself.

For Mandhira, her earliest lessons in entrepreneurship came from her father. From a very early age, she imbibed qualities like discipline, integrity and commitment from him. Looking at him work through the various challenges he faced, she also understood that one has to keep educating themselves in order to grow with the changing times. She realised that it was his eye for detail that helped him achieve perfection or find out the root cause for not being able to achieve perfection.

No wonder then that she always aspired to be reckoned as a dynamic leader who firmly believes in delivering quality, and be as respected as her father in the automotive industry. One of the earliest lessons he taught her was that ‘Success is not a coincidence, it is perseverance, trust and hard work’. “Also, that success is achievable only if  you are true to your dreams to achieve goals and constantly learning under rapidly changing environments,” she adds.

Just being around and seeing the mind of a man who is regarded as an institution unto himself was an educative and enriching experience. However, the two lessons from him that stuck with her were, ‘If you are working for money and not for what you have passion for, don’t do it.’ and ‘If you don’t wake up every morning with excitement to go to work, then you are in the wrong job.’

Getting into auto industry

Personally, Mandhira had always felt comfortable with and around the auto industry. However when she decided to finally join it in 2020, her entry wasn’t exactly smooth. Despite being a very successful entrepreneur and manager, there were a lot of apprehensions  thrown her way. Several people from the industry even questioned her whether she would be able to manage the business single handedly.

“I was determined enough to take on this task. With perseverance, I was able to understand the business requirements and build a team to give an apt response to the critics,” she shares. And what a resounding response it was! Since she joined SMPL, the company has seen tremendous growth and over-achieved all the business targets. Under her leadership, the company expanded into several new avenues like two-wheelers, electric vehicles and commercial vehicles verticals, besides expanding to different geographies.

She believes that all these accomplishments are due to her belief in herself and her team. As an entrepreneur, she says, selecting the right people that you can trust of utmost importance. She thinks of herself as being very fortunate to have such a team working alongside her, helping and supporting her through every moment of difficulty and crisis. No wonder then, that the team considers itself to be one big, happy family.

Gender and the auto industry

She felt that the industry which has always been looked upon as a man’s world is more oriented towards masculine choices. Although there are women who are engineers and managers, they hardly ever make it to the top leadership roles.

She points out that automobiles, as products, are gender neutral entities. She asserts that men and women should work together in the design and manufacturing as a diverse team helps to add different dimensions to the product, which will then be widely accepted and purchased by consumers. Thus diversity, she says, is directly tied to the bottomline

With all such ideas in her mind, she has created a work culture at SMPL where people from all backgrounds feel included. “Inclusivity is the key to maintaining (not just creating) workplace diversity thereby being able to create a truly world-class product. It is very essential to have a diverse management team as it brings a lot of creativity and innovation and results in better problem solving and decision making,” she opines. In order to make that change happen, the company has been encouraging women to start playing an increasingly prominent role across different positions within the organization as well as hiring more women.

Mandhira feels that there is a dificute culture shift that is visible in the automotive sector, when it comes to its attitude towards and treatment of female employees. She thinks it is  still evolving and trying to adjust to the changing gender norms of the society.

“A lot of top management teams have male figures. The number of women in the organization is very less, and often they do not play any pivotal role in shaping the industry. While the automotive sector continues to work towards creating a gender-diverse workforce, it is still a long way home,” she says.

The gender imbalance in the industry can be corrected with some simple changes, she believes. One of them is to encourage women to pursue a career in the industry, and then to retain them through adopting favorable growth opportunities for the female workforce.

The good thing is that we are already seeing an increase in the number of girls opting for specialisation courses like mechanical engineering, she points out. “Today’s women are highly educated and bring with them fresh perspectives and new skills which eventually helps in reducing the existing gender gaps,” she states. At SMPL, she asserts, the management tries to tap the best talent, regardless of gender, and make women an important and valued member of the team.

Yahoo Year in Review 2021: A Year of Ups and Downs