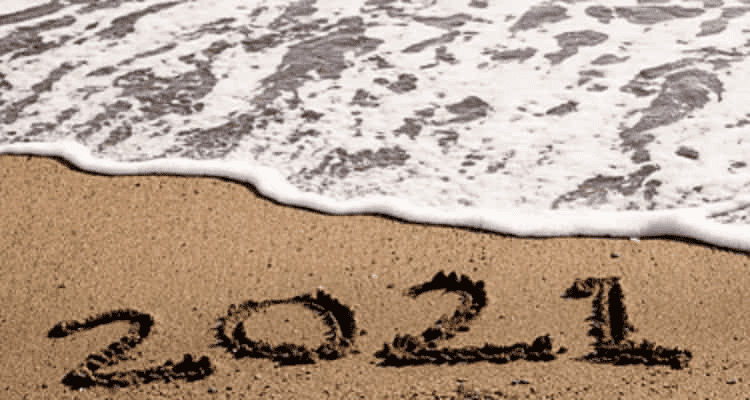 SINGAPORE, DECEMBER 29, 2021 – In the midst of the COVID-19 pandemic that has changed the world, netizens in Singapore continue to stay on top of the latest trends, constantly searching for the juiciest news and entertainment tidbits. From Netflix’s most hyped drama series, Squid Game, to Jeanette Aw and Fann Wong, the newest baking queens in the local celebrity circle, Yahoo’s Year in Review 2021 takes us through an illuminating list of top searched celebrities, cryptocurrencies and stocks, most popular movies and shows and highly sought-after local delicacies.

Singaporean actor Lawrence Wong took over the top spot on the list of most searched local male celebrities from Mandopop superstar JJ Lin, who dropped to second on the list this year. After taking Asia by storm with his role in the imperial drama, Story Of Yanxi Palace, Lawrence Wong (1st) continues to grab prominent roles, including his first male lead role in the Chinese drama Girlfriend (楼下女友请签收). This year in January, amid the pandemic, Lawrence Wong also launched his own botanical skincare brand Grail, an idea that he had been toying with for years. Veteran local actor Mark Lee (4th) rose on the list, from the seventh spot in 2020, following his role in a Singaporean comedy drama film by Jack Neo, The Diam Diam Era 2, and recent attendance at the Golden Horse Awards as a host to present the Best Leading Actor award.

Jeanette Aw shot up to first place this year on the list of most searched local female celebrities, from sixth place in 2020, making the news with the opening of her patisserie, Once Upon A Time, and the recent baking competition show Creme De La Creme with fellow actress Fann Wong (2nd). Socialite and daughter of Singaporean billionaire Peter Lim, Kim Lim (3rd), made recent headlines with the announcement of her engagement on social media and her philanthropic gestures, which include sending meals to front-line healthcare workers, providing no-kill shelter Animal Lovers League with food, and more.

Most searched international celebrities: Kate Middleton and Kim Seon-ho at the top

South Korean male celebrities continue to captivate users in Singapore, occupying half of the ten spots in the list of most searched international male celebrities. Ranked first is romance drama Hometown Cha-Cha-Cha star Kim Seon-ho, who melted the hearts of fans in Singapore. He is followed closely in second by Chinese Canadian rapper Kris Wu and global music sensation BTS’ youngest member and vocalist Jeon Jung-kook in fourth place. Other Asian celebrities that have enthralled users in Singapore included lead actor of popular K-drama Crash Landing on You Hyun Bin (3rd), Hong Kong actor, singer-songwriter, and film producer, Andy Lau (7th), and stock photo model-turned-actor, Simu Liu (10th), who rose to fame with his role as one of Marvel’s latest superheroes, Shang-Chi.

The obsession with royalty continues as Duchess Kate Middleton and US glam queen of entertainment Kim Kardashian clinched the top two spots in the list of most searched international female celebrities. American pop singers Britney Spears (4th) and Jennifer Lopez (6th) were also among the most searched female international celebrities while the new judge for the 21st season of the American singing reality competition series, The Voice, Ariana Grande, came in fifth on the list. Greatly admired South Korean female celebrities that users in Singapore widely searched for included actresses Song Hye-kyo (7th), Son Ye-jin (8th), and singer and rapper of one of South Korea’s hottest girl groups, Blackpink, Jennie Kim (10th).

With the Netflix series Squid Game (1st) being the talk of the town since its launch in September, it comes as no surprise that this sensational drama series emerged top of this list. South Korean shows remain well-loved among Singaporeans as they dominated the list of most searched movies and TV shows with seven out of the first eight spots, with the exception of World Wrestling Entertainment (WWE) that sneaked in at number 2, featuring the first-ever Singaporean wrestler Sean Tan (aka Dante Chen) who secured a win on his debut match in September.

Long-running South Korean variety show Running Man came in at third place, beating trending K-drama series such as Vincenzo (빈센조) (4th), Hometown Cha-Cha-Cha (갯마을 차차차) (7th), and Nevertheless (알고있지만) (8th). Marvel’s Shang-Chi and The Legend of The Ten Rings (9th) and Disney’s Raya and the Last Dragon (10th) rounded up the list as the two most popular movies this year.

Despite being unable to travel this year, Singaporeans’ love for local cuisine is undeniable as local delicacies remained the mainstay, with eight out of 10 spots on the list of top food/drink searches. Nasi Lemak emerged as the most searched once again, followed by Bak Kut Teh (pork rib soup). Bubble tea claimed the third spot as the boba trend shows no signs of slowing down, with new bubble tea brands and outlets popping up across Singapore. Famous and delicious local delicacies such as Hokkien Mee, Carrot Cake, Laksa, and the internationally recognised Chilli Crab, made the list this time around at sixth to ninth place respectively, after all four missed the cut last year.

The top 10 most-searched Cryptocurrencies: Bitcoin and Ethereum in a tug-of-war

Despite its high volatility, Bitcoin is one of the earliest cryptocurrencies and is considered the most successful in the market following its meteoric rise. It continues to be the most searched cryptocurrency. With the transition of its consensus algorithm from proof-of-work (PoW) to proof-of-stake (PoS) and termed as the ‘Bitcoin-killer’, Ethereum was the second most popular on the list. Dogecoin came in third on the list – a cryptocurrency that started as a meme but certainly isn’t one anymore. The rise of Dogecoin was speculated to be fuelled by tech billionaire Elon Musk mentioning in May that electric vehicle company Tesla might accept Dogecoin as a mode of payment.

Other popular ones on the list include Shiba Inu, Cardano and Ripple at the fourth, fifth and sixth places, respectively.

Asian markets faced a knee-jerk reaction to the new Covid variant once again. With the fast-changing flight schedules following travel restriction updates and frequent movements in stock prices, Singapore Airlines (SIA) has been the most searched stock in the equity. OCBC (Oversea-Chinese Banking Corp) landed second place, after announcing its first female chief executive officer, Helen Wong, and witnessing a profitable third quarter spurred by resilient business growth and improved credit outlook. While the prestigious and largest bank in Singapore and Southeast Asia, DBS (3rd) faced lengthy disruptions to their online banking services last month, their investments in recent years to digitise its business have helped it adapt to uncertainties amid the pandemic. Other popular ones on the list include Tesla (TSLA) (4th) and NIO Inc. (NIO) (5th), with the rising demand and hype for electric vehicles in the markets.