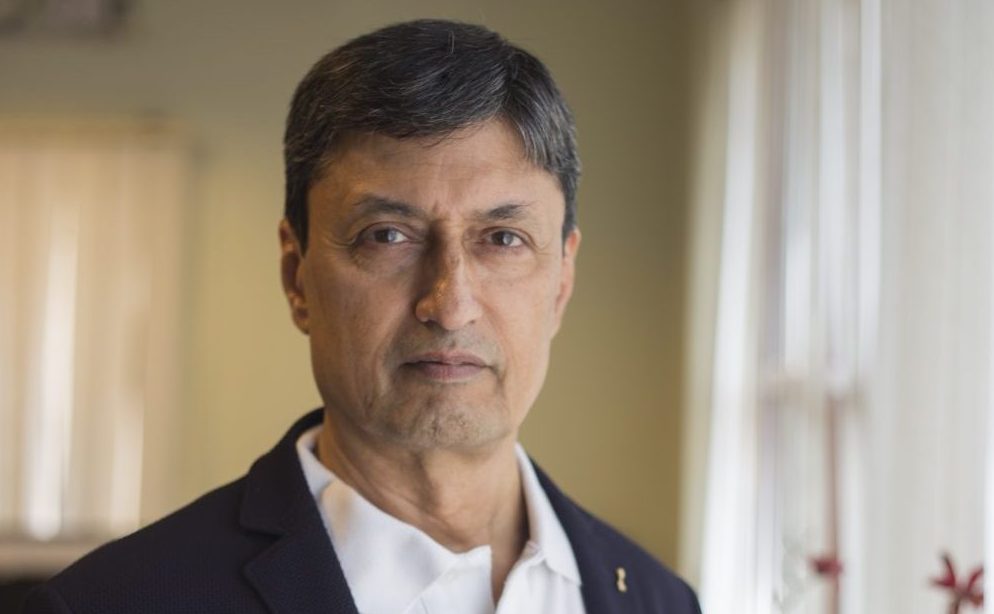 After an illustrated career in the telecommunications industry with successful deployment of several generations of products from PSTN through 4G, Ashim is now working to bring IT solutions to healthcare industry. “Healthcare technologies of the past have created access barrier for people in the developing economies, our focus is development of disruptive innovation to challenge the dominance of standalone medical technologies”, he says.

Ashim is applying his global telecommunications experience to deliver affordable healthcare solutions. Passionate about use of IoT and AI, his venture aims to bring sea changes in how healthcare is delivered in developing economies.

Cardiotrack has been both his career and passion over the last four years. He has always been passionate about building/creating something which will improve people’s lives in a dramatic way. Especially people at the bottom of the pyramid who cannot afford much and for whom this dramatic change will make a difference in the way they lead their lives.

Prior to founding Cardiotrack, Ashim has worked in several countries – Australia, Canada, USA and India, and has created talented teams to deliver technology and business solutions to clients across markets in Asia-Pacific, Europe and North America. He has managed large scale assignments for marquee names such as Hughes, Nortel and others

He shares some his perspectives on the sector & his journey with team ABT here.

What led you to choose Healthcare as a profession?
Healthcare chose me more than I chose it. When Avin and I met and we got talking we found that we both felt strongly about the state of affairs in healthcare, more specifically, cardiac care….and the rest is history!

What was the idea behind setting up Cardiotrack? How is it addressing the challenges in the market?
The Cardiotrack idea was the result of discussions between Avin Agarwal (Co-Founder) and researchers at St. Johns Research Institute in Bangalore. The problem Cardiotrack is trying to address is lack of diagnostics capabilities at

primary healthcare centers (PHC). Cardiotrack solves this problem by developing robust and clinical grade diagnostics equipment that is easily portable and affordable. The aha moment for the Cardiotrack team was when we introduced the idea of information portability and Cardiotrack was no longer just diagnostic device, it was a healthcare IoT platform. In fact, IoT is integral part of the name – Cardiotrack.

What is your philosophy when it comes to doing business?
My philosophy is – create a business with a strong core of social responsibility so that it’s not always about profit.

How is Healthcare as a market different in India compared to other countries?
There are many differences such as – Very low doctor-patient ratio. In urban areas it is 1:500 and in the rural areas it is as low as 1:5000. The country average on the whole for India is 1:1700. Now compare this with the UN mandated ratio which is 1:1000 and you can get an idea of how worrying these numbers are.t

There is difference in the way healthcare expenses are taken care of. Even now most of it is out of pocket which makes a major health incident in a family a huge burden to bear. Health insurance is used by very few. There is a lot of dishonesty and corruption in the healthcare system all the way down to doctors and hospital staff. The absence of liability lawsuits allow hospitals and doctors get away with negligence.

There is a lot of resistance to new technologies and acceptance is usually based on financial gains and not better patient care. Less than 5% of government healthcare spending goes towards improving services and facilities at primary healthcare clinics. And that is primarily because a very small percentage of the GDP is invested in healthcare.

A very large part of medical infrastructure, i.e. hospitals, specialist clinics and equipment are based in urban areas. Chronic diseases are highly prevalent in India. About 150 million people suffer from cardiovascular diseases (CVDs), diabetes and hypertension. The country also has one of the highest death rates in CVDs.

I notice that developing countries such as Indonesia and Mexico are doing far better than India in matters such as prevalence of health insurance.

If you were to do one thing differently, what would that be?
I would not attempt to manufacture hardware in India

What are your expectations from the Industry in 2017?
Larger investments by the Indian government in primary healthcare, making it more affordable and accessible and of course, the acceptance of AI as an important tool for improving healthcare.