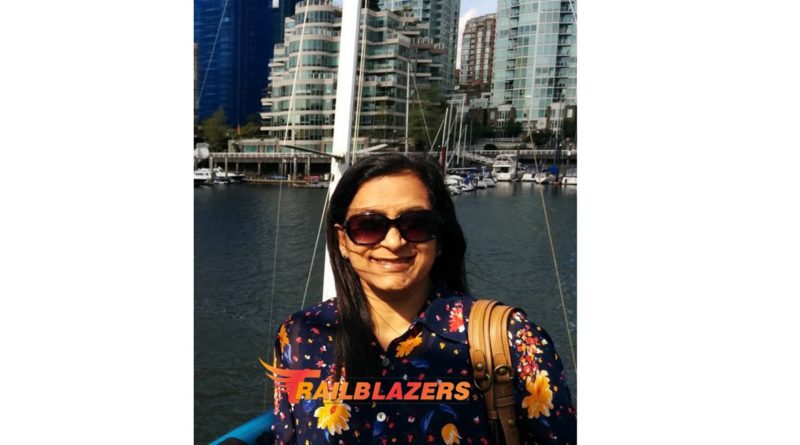 Architectural inspiration came to Sabeena Khanna at an early age from her architect father, V.N Shah. Spearheading the Indian states of Haryana and Himachal Pradesh for almost 20 years as Chief Architect, he travelled the length and breadth of these states and so did Sabeena with him. She was fascinated to see new places & cultures, meet people and even visit construction sites. Little did she realize that via participating in daily discussions or travelling with her father, she was subtly being exposed to the design environment long before her formal education was to be in Architecture.

Also, a likeness for Le Corbusier, one of the most celebrated architects of the 20th century, came naturally as Sabeena was born and brought up in Chandigarh, the Mecca of his creation & genius of city planning. Chandigarh, a union territory in North India bears its stamp all over whether be it the master planning, the Capitol Complex, the grand shopping piazza in the city centre, the government bungalows with the signature ‘Brise Soleil’ or as part of her architectural education in the Chandigarh College of Architecture. The designs celebrate modern materials and technologies and Sabeena grew up on these design philosophies which have influenced her creativity and thought process.

Her architect husband, professional partner and mentor, Rajiv Khanna, keeps her inspiration continually fuelled and alive, says Sabeena. Here are some more insights from her journey so far, shared with team ABT.

Tell us about how did Studio KIA happen and its reach so far.
Studio KIA has done projects of all types and magnitude globally for renowned business houses, developers and government organizations.  Our professional journey began three and a half decades ago with the Timber Trail resort, Parwanoo in Himachal Pradesh which soon became the most sought after uphill getaway for the people of north India, and continues to be so till date.

What’s your design philosophy?
As generic as the term ’Design philosophy’ may appear, it is equally specific and personal too. I believe that simplicity is the ultimate sophistication and works at Studio KIA resonate this design philosophy. Immense thought is given to detailing and creating meaningful spaces. Studio KIA has been fortunate enough to have done & delivered good and meaningful architecture. We have won accolades and have been written about by the media, but, we do not believe in resting on our laurels as I feel that life is short and hence, we should build stuff that matters.

At Studio KIA, each project designed, is unique to its site and setting, planning and purpose, having a strong sense of belonging. Good design successfully hinges on innovative, aesthetic, honest, well detailed, sustainable and useful architecture. I often question myself what spatial qualities and organizational principles have rendered certain building culture as timeless and can these qualities be deciphered and reinstated in contemporary times.

Understanding the roots of timelessness as a universal quality in architecture, I try and extract the essence from global learning’s and relate them to local experience, where over the years I have examined the notions of time, space and existence in the Indian context. Such research and working over the years provides inroads to a universal footprint. Material, construction and style are conditions of the context. Even form and scale are aspects of conditioned learning but the experience is eternal, human, universal and intuitive. Experimental richness and ability to identify with experience is the hall mark of timeless architecture.

Tell us about any hallmark project undertaken by you.
District Headquarters Office Building Complex for South Goa district at Margao, Salcete Goa was won by Studio KIA through a global design competition. Spread over 8 acres of prime site flanking the National highway, this building was to be the landmark and face of Goa, an international tourist destination.

The envisaged vision was to create a one-of-its-kind model in the country which each state of India would emulate. It was aimed to develop a system of paper less working in a government office and have an I.T. enabled building with a computer at every desk.

Team KIA envisioned to design a state-of–the-art Collectorate which would be rooted in its past, stood in the present and be futuristic in its planning. Based on this vision of grandeur & awe, this seat of power came to be an Iconic building, keeping in mind that the end users are the people of Goa. Intense research was done to study the nuances of Portuguese architectural style and the importance of a sense of belonging for the building as also its relationship with & acceptability by the local people.

Rising six floors with an attic and covering over 4,00,000 sq.ft of area, this architectural marvel has come to be an iconic building and rises majestically in a Portuguese character, having a strong feel of belonging as it is in keeping with the architectural heritage of Goa. The imposing dome, porches, grand steps and vertical stained glazing is representative of expressive architecture. This hallmark project will always remain very dear to Studio KIA.

Tell us about any one milestone that you are proud of.
In our three and a half decade journey as designers, we at Studio KIA, look at each day as a positive and creative challenge to go the extra bit to evolve. Architecture is all encompassing, continuing evolution and development where feeling and passion fuel creations. Everything around us is a source of inspiration and this keeps the creativity within us alive.

Designing on a client’s brief over the years is now being taken to another level at Studio KIA wherein we will choose to be our own client. Challenging one’s own self satisfactorily is the greatest milestone to achieve and we are now championing the cause to introspect and create a built space which has purity of design, truthfulness of materials, integrity and honesty in its very being.

Away from the urban metropolis where man is building rampantly, Studio KIA is soul searching in the serene and pristine hill locales of Kasauli hills in the lower Himalayas, to create an abode that is like none other. A star-hotel and luxury villas commune amongst the abundant greens, this development will be borne out of a brief created by the site environs themselves.

When 40,000 sq.m of picturesque hill top and hill face offering panoramic views of the mountains and beyond are transformed into a sustainable, green, living habitat which harmonizes with and blends into the fluidity of the site, a milestone would have been achieved.

Did you face any challenges, how did you overcome them?
Working on our milestone project from vision to mission was a long journey. Aggregation of land lots with clear titles, in conjunction with each other was a painstaking task. Small land holdings by multiple family members needed patience to assimilate. Also, to explain to and make the locals understand the idea of the envisaged vision was not easy and it took us over three years to do so. Visits to the site became regular as also did the interaction with the locals. Tree felling is not allowed and we ensured that no tree is cut. Minimal interference with the local flora of the region ensured unique designs in sync with the existing trees and shrubs. .

If you could do one thing differently, what would that be?

I wish I could have been living in a world where ‘sustainability’ and ‘green’ were not buzz words for society talk and neither was the effect of global warming looming large on our heads.

If I could, I would ensure that nature and habitat coexist so cohesively that use of passive technologies and alternative energies, is woven into our mindset and fabric of design. It is indeed sad that we boast of a ‘green building’ created whereas the entire world should have been green with everything in balance.

It is our moral obligation to leave future generations the means to live well and way better than we are living today. Thus, we need to ensure intergenerational equity and environmental friendliness.

The ever increasing urbanization and the consequent increase in demand for resources are leading to serious issues of sustainability. Society tends to take a backseat when people strive merely for individual benefits; the overall growth gets hampered. Cities and townships are being constructed to facilitate the influx of and the day-to-day requirements of people. Continued exploitation of the environment is showing consequences now. The need to not only safeguard nature but also try to replenish it has become a necessity today. While the infrastructure is being expanded and new technologies being incorporated to make everyday life easy, it is time we introspect within.

What would you like to achieve in the next 3 years?
By keeping inspiration alive to create, conceive & design, conjuring up creations which work, as functionally appreciative art as well as to create a balance between the requisite and the rhythm in architecture, would be the ultimate. Architecture is like a souvenir that an architect leaves for the world to see for generations. We will be totally committed to building ‘green’ which is in the interest of the community at large. Our architecture is people centric, and our buildings are sensitive and responsive to sustainably, sensible design. All it requires is a vision, strong will and determination to bring about a ‘sustainable system’, one that keeps going indefinitely into the future.

Living by inspiration and having created meaningful architecture which the world will appreciate and talk about is my idea of remembrance. This responsibility is being shouldered very conscientiously by Studio KIA and for us, each endeavor, is a creation of our responsible sensitivity towards mankind. 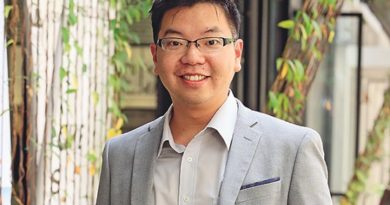 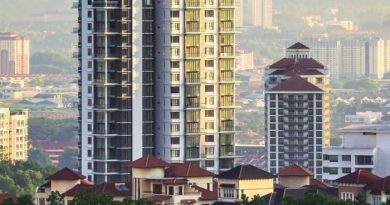 Unsold property units on the rise in Malaysia 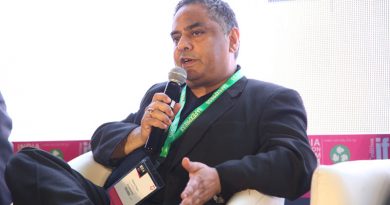