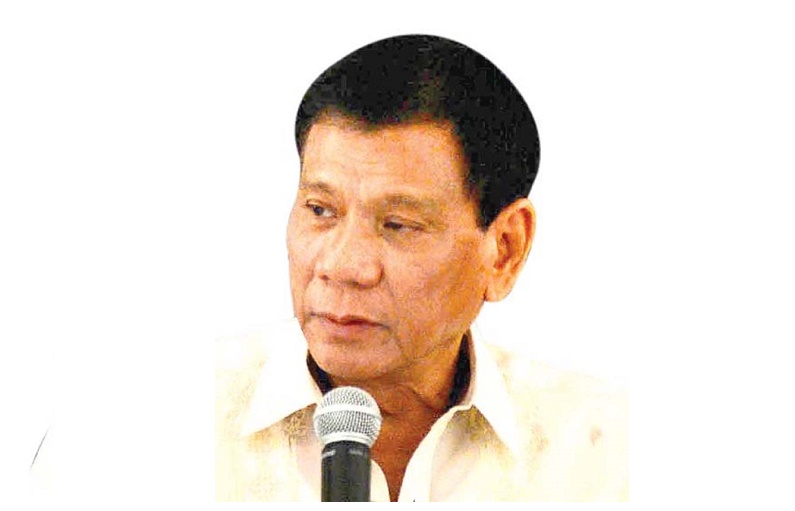 An independent foreign policy anchored on “sovereign equality” will be President Duterte’s guiding principle in dealing with other nations. (Philstar)

“We will observe and I must insist, I repeat, I must insist on the time honored principles of sovereign equality, non-interference and commitment to peaceful settlements,” Duterte said after arriving from the recently concluded Association of Southeast Asian Nations (ASEAN) summit and a working visit to Indonesia. He reported bringing up before ASEAN leaders, with US President Barack Obama and UN Secretary General Ban Ki-moon in attendance, his case against the US for human rights violations supposedly committed against Filipino Muslims at the turn of the century.

Upon his arrival in Davao City, the President told the media about China’s pledge to help in the administration’s anti-drug campaign. “There will be plenty and China has committed to help us. I do not think that it has placed its limits there… And I said that we have this problem about, a serious, grave problem about drugs,” he said. “And I informed the body that as a matter of fact China has offered its help, to which we responded with gratitude. We need it,” the President said.  “We are short — I said I am, I entered the presidency midterm. We have no more capital expenses, expenditure; only MOOE (maintenance and other operating expenses),” he pointed out.

Duterte reiterated he was surprised to realize the drug problem in the country was worse than he had expected. “I thought all the while that I was controlling drugs in the City of Davao fairly well. But sometimes, with, you know, the drawbacks of being… you blurt some threats and intimidation. But I think it’s legal and necessary,” he said. Earlier in Indonesia, Duterte said he would do his best to improve the lives of Filipinos even if it would mean antagonizing the international community. “I am the President of the Republic of the Philippines, not the republic of the international community,” he said.  “I will suppress drugs and in the fullness of God’s time, maybe two years. You can walk about in the Philippines, free of the fear of being mugged. But you have to pray, not because you love me, you have to pray because you need to,” he pointed out. He said drugs destroy families, especially of overseas workers whose children would usually end up hooked on drugs.

“Nobody in the horizon of the political arena was talking about the seriousness of the drug problem. Nobody was talking about the number of crimes committed against the innocent and hapless civilians, everywhere. Nobody was talking about graft and corruption,” he said. “It was the naked truth that was really very, very terrifying,” he said of the drug menace. “There were about three million already infected with drugs, with about 600,000 voluntarily surrendering and admitting their involvement to be able to avail of the government’s rehabilitative programs,” Duterte noted.

Meanwhile, former information minister and senator Francisco Tatad said Duterte should focus on talking about “earthshaking” issues that would be beneficial to the people. “In my experience, the president seldom talked. I did the talking most of the time. I handled arguments, defense, and if there were really earthshaking issues, then that’s the only time he would speak as president of the republic,” he said in Filipino.

Duterte had rained expletives on US President Barack Obama and UN chief Ban Ki-moon before he left for the ASEAN summit.

Tatad said the Palace should appoint only one person who would speak for the president. “The problem is everyone wants a piece of the action,” he said.  — Robertzon Ramirez

Driven by the passion for arts, colors & designs