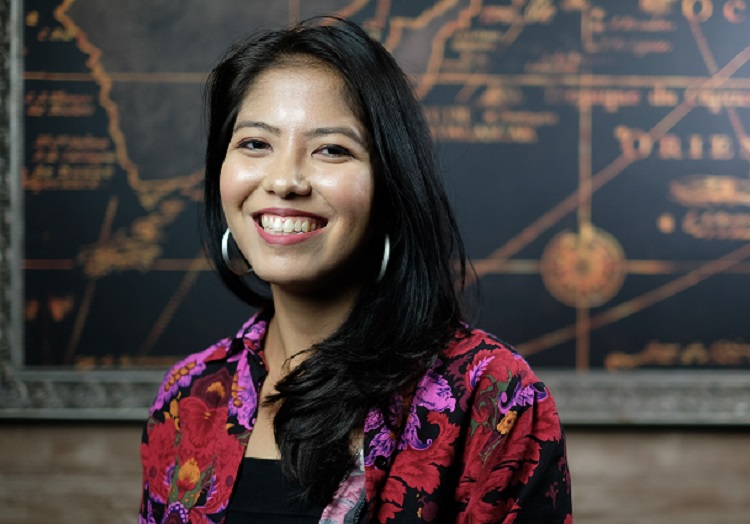 Syarah Mahmood has always been drawn towards world building. When she was younger, she wanted to be a writer who happened to love drawing. That is why she made a whole lot of comics and illustrated stories. What she then did for fun has now become her profession – she is the lead designer for video game company Ubisoft.

Early on in her life, she learnt that all her passions could combine well into animations. From there, she managed to gain inroads into the video game industry, which she has seen improve in terms of diversity and inclusion over the years. In this chat with AsiaBizToday, she talks about her inspirations and the inclusive initiatives taken by her team over the years.

Once Upon A Time …

When she watched Pixar’s Toy Story as a little girl, Syarah realised that this was a medium that tied storytelling, art, and music together. This is what led her to the decision of pursuing animation in school. “I eventually worked in the animation industry for a few years drawing animation backgrounds for TV. After a while, I felt I needed more challenge and growth,” she recalls.

She says she comes from a family who has always been supportive of what she does regardless of paper qualifications, and there wasn’t a real push to get a degree for the sake of it. Her parents were happy when she decided to go to university after working for several years in the animation industry. There, she built up the necessary skills that would stand her in good stead when she eventually joined the gaming industry, skills like 3D modelling and learning softwares that run gaming engines.

At the time when she was having these feelings came out the game called Assassin’s Creed. She was so completely blown away by what she saw that she spent hours playing and exploring the world. It was her desire to be able to deliver similar experiences to other players through her art that inspired to work in the gaming industry.

“Games as a medium that combines story, world building, design, gameplay, tech, and interactivity. It provided that much needed challenge I was seeking,” Syarah explains. Though her previous work in the creative industry helped to give her a good start, her journey into game development hasn’t been linear.

When she got in, there were not a lot of female game developers in her team, compared to now. There were people who expressed doubt as to whether she could make it in the games industry, which also made her question her own abilities. Then, she decided to put that energy into focussing on the goal, which was to make great art and build immersive game worlds, while taking the opportunity to work with talented senior artists to really push and learn whatever she could about world building and games development.

Luckily, the team she worked with made her feel welcome, included her, mentored, and trained her to become who she is today. Now, her team is balanced, consisting of local and international developers from around the world. She describes the work environment at Ubisoft Singapore as diverse. She has had the opportunity to work with many nationalities, learn from and become friends with people from around the world. She says that having to work in such an international environment has helped to grow and broaden her perspective and understanding of others, and she loves it.

As a leader, Syarah’s motto has always been – people first. “When people are happy, they are naturally happy to do great work. I think in an environment where people are comfortable to speak up and connect with each other is where great ideas are born, and they can truly excel,” she sums up her management philosophy. She always strives to provide that environment and culture of openness, kindness and understanding which happens when leaders interact with the team on a human level.

The new norm of working from home has affected her team’s working and interactions. Previously, human interaction could occur organically in the office, but now they must create opportunities to bond, and include new members even when they may be shy or introverted. These efforts include weekly team sync ups on each other’s workload, catching up on non-work topics like games and their lives. There’s also regular remote team lunches and playing games together. She also makes it a point to have 1:1 catch ups with the team to get an understanding of their current workload, blockers, as well as their general mood and concerns.

She thinks that creating an environment where it’s easy to take and give feedback within team peers, leads, and management is important. Feedback is especially crucial in a creative industry to better the product or workflow, so having a space where everyone feels included and happy to speak up is important, she adds.

D&I at Ubisoft and Gaming

Ubisoft makes efforts to build a safe and respectful workplace, says Syarah. In this regard, channels have been created to report misconduct and safe reporting measures are put in place, with active steps taken to investigate workplace misconduct. Additionally, there is the creation of new non-discrimination or anti-harassment policies, training sessions for anti-

harassment as well as diversity and inclusion for developers (including recent talks in the studio on neurodiversity), and improving diversity in games with the hiring of new editorial VPs.

She insists that since what you make is the combined effort of everything you know and understand, diversity is especially beneficial for world building in games. When team members come from different backgrounds, they can share their ideas, techniques and experiences, and learn with each other to overall improve the quality of the game worlds they make, she explains. She does acknowledge that there is a lot to keep up with as games become more mainstream and accessible, and player expectations become higher.

With the lockdown, more people have turned to games as a pastime. Speaking about the future endeavours of the industry, Syarah says that the next-gen technologies are always evolving along with better hardware and consoles. Mobile is also an area to target new gamers, as while not everyone has a high-end PC or console, almost everybody has a phone, she adds. There is also the possibility of increased variety of VR immersive games, as the technology matures, and comfort continually improves, she informs.

When asked about her advice for young ambitious girls wishing to rise through the ranks in the corporate world, she recalls the initial days of her career. “Along the way, people will always say things, and you can’t stop them. What you can have control over is your reaction and what you spend your energy on. Set goals and stay focussed on where you are headed,” she suggests.

There will always be naysayers, she feels, and if it doesn’t help you to improve yourself, it may be unfair feedback for you to let go. If it’s feedback that helps you become better at your work, use that to grow and better yourself, she adds.

It is also advisable to keep learning, and not to hesitate in reaching out to people in your team for help, feels Syarah. “Be kind to others and to yourself. And, mentor others, especially other women,” she advises.