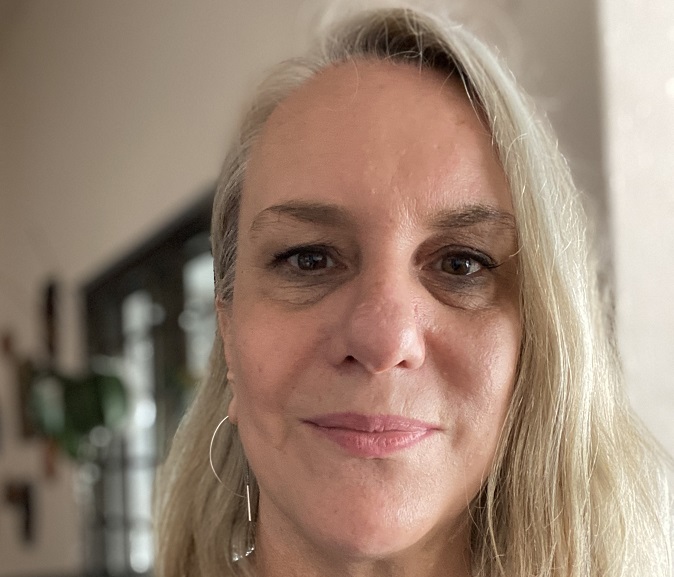 Over the last three decades, Illka Gobius has worked in various capacities from industrial designing, marketing, digital marketing and public relations. Amid all this, she floated four business ventures, one of which drove her to bankruptcy and the next business closed down during the economic recession. After getting into $100,000 of debt, it took her 10 years to be discharged from bankruptcy. Today, she runs a million-dollar company.

All these adventures in the professional arena took her from Australia to Singapore and Hong Kong, and Asia has been her home for the past 23 years. She founded Singapore-based Pinpoint PR and has been the CEO for six years now. In this freewheeling chat with AsiaBizToday, she talks about what keeps her going, shares her thoughts on female participation in the workplace and files out advice for the young entrepreneurs.

Illka started working as an industrial designer right after finishing college. At the time, she felt blessed to work in the foremost industrial design agency in Australia, a role she had trained for, especially as she was the only woman among seven men. However, her feelings towards her employer changed soon.

“Despite being equally qualified and having earned high distinctions for my university work, guess who was asked to do the admin, make the coffee, be the lackey? The situation was untenable and unacceptable,” she recalls. She often wishes and had the wherewithal then to stand up to that discrimination being meted to her when she was in her early 20s.

So profound was its effect that Illka decided to leave the profession. That experience had changed her as a person. “They really had no right to take something I loved doing from me, and I think it rocked my confidence as a designer,” she rues.

During the initial phase of her career, she realised that marketing managers made all the decisions, and the money. This made her go back to the university to pursue a course in marketing. These new qualifications led her to an IT supplies wholesaler in Australia, where she donned different hats including category management, product management, marketing and PR. That was also the employer who brought her to Asia.

After a few years with the company, she set up her first venture and started out as a freelance marketing & PR consultant. For this, she learnt the ropes of the profession like pitching to customers and quoting prices from a big PR firm footing the financial crisis of 1998.

Even though Illka may have made a major shift from her engineering degree when starting on this endeavour, she believes that she brought the attributes of design thinking to everything she has done in her professional life.

Women and the Workplace

Women are always told that they are being aggressive if they are simply being assertive or ambitious, she feels. “As employees and as women, we perceive that we earn what we do on merit. To ask for career advancement or more salary, our perception of our merit to earn more has to outweigh our fear of being rejected,” she says.

Illka cites a study, ‘Do Women Ask?’ which found that women who asked obtained a raise 15% of the time, while men obtained a pay increase 20% of the time. “I’ve heard a senior male leader say that women don’t set up meetings in advance with him, telling him that it’s because they want a raise. Apparently, men do that,” she informs.

For these workplace biases to end, some social biases regarding gender roles need to be tackled first, she points out. “Children carry the biases they see around them into their adulthood, and to the workplace. We have to be careful with the language we bring them up with. We need to accept people as people, irrespective of what gender or ethnicity they are, or the sexual preference they have,” she advises.

She believes that we will never achieve equality until society acknowledges that women and men bring different perspectives, both of equal merit, and that they bring different qualities to their role. Those of us that do believe have to keep living by example and teach others to follow our example.

And she does follow this at her home turf. PR being dominated by women, she has to be very careful not to underpay or undermine men. She has also been careful to give men responsibilities, despite the fact that in Singapore they could be taken out of a project at any time due to National Service.

Women face challenges financially that men don’t, feels Illka. Women entrepreneurs, she believes, are not supported by the financial ecosystem.

“Women build businesses with cash flow through sheer hard slog, while looking after their families or even sacrificing having one. Take The Honest Company, Bumble, or Canva: wildly successful businesses started by women, with the support of men. The problem is not that there is a lack of women entrepreneurs, but that there is a lack of investment in them,” she explains.

Financial institutions need to make money more easily accessible to women, trust them to repay the money, and trust that women will put that money to good use, she says.

While she is a force to reckon with today, Illka has faced several situations as a working woman that makes her wonder if a male colleague would have been dealt with in a similar fashion.

One of the first such experiences was, ironically, after quite a successful phase. This was when her Australian employer wanted her to lead the company’s expansion into Asia with added responsibilities. On realising that she was not getting the salary these responsibilities entailed, she went to her boss with newspaper advertisements offering thrice her current salary for similar roles. While the company agreed to pay the rightful salary, they pressured her to resign once she had got the ball rolling in the Asian market.

In another instance, a vendor once told her colleague that she “goes for the jugular” right in front of her. This, just for steering the conversation towards the business agenda after he had spent half an hour of the meeting chit-chatting with her male colleague and completely ignoring her. “It struck me that he felt I was challenging his integrity. If I’d been a man, he wouldn’t have ignored me for the first half an hour, nor would he have felt threatened by my question,” she recounts.

On the other side of these bad experiences, Illka now enjoys every aspect of her business. She calls communications her greatest passion; it fascinates her to know how you can strategically approach an issue to change people’s mindsets, through positioning a brand in a considered manner, thoughtfully crafting its reputation through stakeholder relations.

She finds it extraordinary that she gets to meet and have a glimpse at the life and work of people from all walks of life – from Oscar winning animators, to Nobel Prize recipients, to globally recognised politicians and business leaders. She is often left mesmerised by the depth and breadth of scientific research, mathematical calculation, and sheer gameplay that goes into creating the fabric of our society. “I love being in a position to have to comprehend their work and then parlay that information to different publics in layman terms. I appreciate that I am often in a position to make seemingly random introductions between people that can become valuable relationships,” she says.

Besides work, Illka enjoys reading about what other people are accomplishing. An avid reader and listener to everything, she is insatiably curious.

Being in a profession where numbers do the talking, she is a highly metrics driven person. So, she measures her success by the fact that she is very close to achieving her objective of building a million-dollar company.

Recalling her early years, Illka says her most valuable advice came from a female lawyer who said, “If someone flirts with you, they don’t have money. If they know exactly what they need you for, and what they want you to do, they will have the money to pay you.” After this, she found it easier to weed out those customers who had been constantly wasting her time and energy. She started focussing efforts on the people that had a real scope of work for her as she built up her practice.

The one lesson she had from her experiences as an entrepreneur is one must always Persist, Persist, and Persist some more. “80% of businesses fail in the first two years. You will spend all of that time working out what works and what doesn’t to build your business. Building a business is really, really hard. There’s so much to learn and so many curve balls to field,” she says. She insists that in such situations, it is the survivors that thrive as they learn, adapt, learn, adapt.

Her big piece of advice for all aspiring entrepreneurs is not to get bothered by people putting them in a box. The apt response to this, she says, is to show them you can do it, and what else you can do. “You’ll mean something different to everyone you meet, each person you work with. And that’s okay,” she tells young professionals.