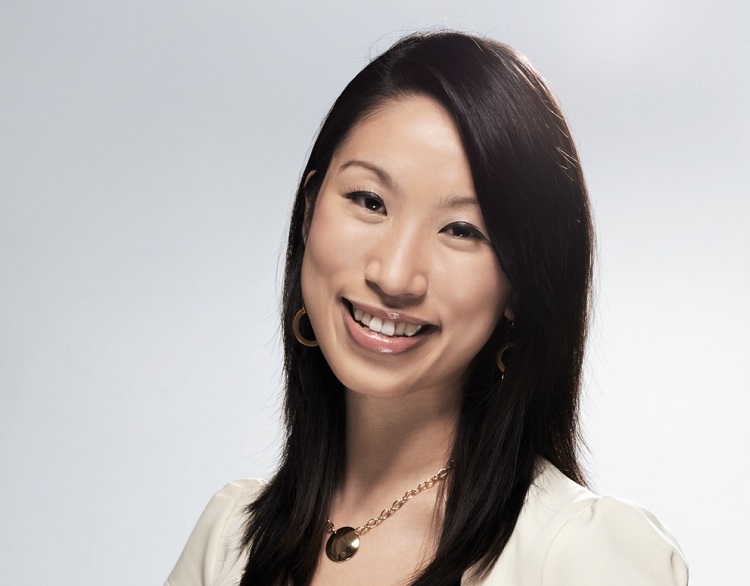 As a curious little girl in Singapore, Pamela Seow kept changing her ambition everyday depending on what her fertile imagination was intrigued by on the given day. Once when she helped fix a standing fan at home, she remembers proudly announcing to the household that she wanted to be an engineer someday, much to the  bemusement of her mother.

Her earliest memories include accompanying her mother Madam Chng Hwee Siang to the office and stores of Poh Heng Jewellery. She decided to join the 85-year old family business after two years of working in an international bank and a stint as a freelance writer. Today, she is the assistant general manager at the company.

When asked about her first memories of the family business, Pamela recalls going up the uneven winding staircase with the ‘too-high’ steps in the old office. “I would be greeting the ‘aunties’ there and then settling on my mum’s office table to help ‘review’ what she was doing,” she shares. She believes that this experience actually led her to have a strong bond with the brand and sentiments with the company.

She was always close to her mother, who is now the managing director of the company. Her own leadership style is modelled after what she saw her other family members lead the business, including her grandfather who was the founder of the company. Her mother often describes him as an open-minded and curious person, always willing to take risks.

The fact that her mother has always been encouraging yet practical has helped Pamela in becoming a good leader, she feels. She describes herself as a leader who makes good use of talent around me, strives to be fair, reasonable and willing to let others make small mistakes; and above all, to be humble and willing to listen, even if it means to admit she may have been wrong.

Getting into the family business

Pamela doesn’t think being part of a business owning family means everyone in the family is guaranteed a job. Therefore, she chose to get her degree and join an international bank after being a freelance writer.

She had always wanted experience of being in a corporate environment, and to learn the lessons she may not have been able to learn at her family’s business. A proponent of what some would call ‘The School of Hard Knocks’, she stresses that it takes more than just IQ to get ahead in life. “A measurable amount of EQ and temperament which can be acquired through life experiences is important to succeed. Through this process, I’ve also acquired lifelong friendships and mentors,” she informs.

One evening, while having beers with her uncle who was the CEO of the company then, she was told about the changes in the company and asked her to join the business. While this request had been made by her family several times before, this moment brought in an epiphany to her. She could see the change coming and wanted to be a part of that change. Fourteen years later, she still sees new staffers joining the organisation because of the possibility of being part of that change, which they see as a more challenging and exciting prospect.

As a female in leadership role, she says women should never apologise for being who they are. “When women possess certain qualities like empathy, attention to detail and the ability to multitask, we may often be misconstrued as being overly emotional, micromanaging and being ‘spread too thin’. However, we should own these traits and see the positives in them instead of apologising for them,” she advises.

Pamela believes in providing equal opportunities in the workplace for everyone, irrespective of gender, age, race and other such differences. As a leader, she feels at work a person should be recognised for merit, hard work and initiatives, rather than arbitrary labels put on them by the people around them.

These beliefs form the basis of a successful brand campaign named ‘Created for Love’ recently. In fact, the brand messaging itself promoted diversity and inclusion which the company holds dear in its hiring policies. The campaign that was launched earlier this year was promoted through a video featuring marriages of an Indian, a Chinese and a Malay couple.

Another campaign for Poh Heng Legacy featured influencers from diverse ethnicities and backgrounds including comedian Kumar who is openly gay and a well known drag queen. Some years ago, the brand had released an ad featuring a same-sex couple to communicate that even as they look for ways to honour their heritage, they were also ready to move with the times.

Underlining the concept behind the former campaign, Pamela explains how it paid homage to the brand’s founder, her grandfather who was an immigrant who built his home and his legacy in Singapore. “Above all, he wanted Poh Heng Jewellery to be trusted as a brand that offered the community exquisite pieces of jewellery that would be treasured by generations to come. With this brand philosophy, we reaffirm the significance behind our jewellery and reconnect with all of the customers who have seen our brand grow through the years. Our jewellery is created for love, created for all,” she says. ‘Created for Love’ goes beyond being just another campaign, she insists. She adds that it represents the company’s past values, present beliefs and future plans.

Alongside running all the amazing marketing campaigns, Pamela is mother to an 18-month-old baby. Giving birth and caring for a newborn amid a pandemic while working from home required her to work quite a bit on her balancing act.

“It’s been harder to separate work from family as we all have had to work from home. My daughter requires a lot of attention,” she admits. She ensures that she takes her daughter to the playground early morning time or in the evenings depending on the line up of meetings for the day. She also stops working at dinner time to be able to spend time with and put the little one to bed.

Fortunately for her, her husband takes over baby duty when she has her video meetings, or when she needs a breather. The couple also tries to get alone time once a week, and sometimes they catch up with her mother and other family members if the restrictions allow.