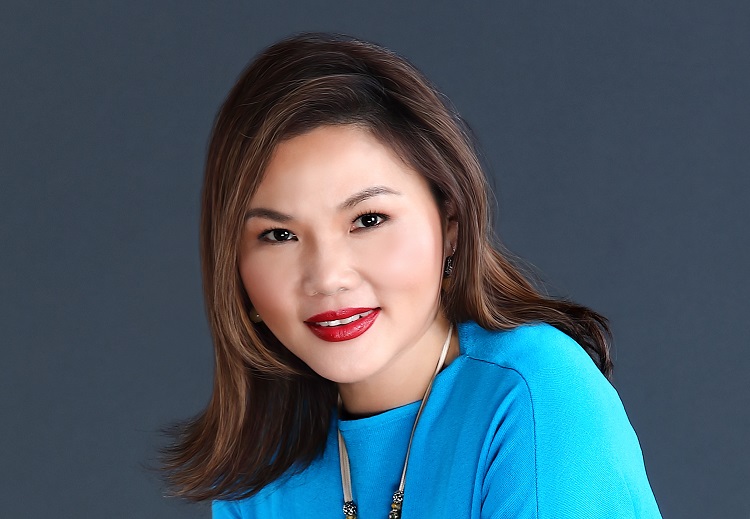 For Ellen Teo, the training to take up her responsibilities as the executive director of Union Power, a subsidiary of Singapore’s largest bottled gas supplier Union Energy Corporation, started at a very young age. Her fondest childhood memories include her father springing questions about the day-to-day business issues, asking her opinions and discussing solutions with her.

This exercise gave her the most invaluable lesson to run a business – that no solution is perfect all the time; businesses need to be adaptable.

Through her early years, she felt very involved in the running of the family business that is now more than four decades old. Not easily satisfied with cruising along and doing things the same way, she has worked hard on steering Union Group into the future by getting involved in renewable energy. She tells AsiaBizToday about her journey of leading a business in a particularly male dominated industry, alongside being a mother of four.

It was amid the Asian financial crisis in 1998 when Ellen graduated from Monash University in Australia with a Bachelor of Science (Computing). At the time, the business was in a particularly bad shape and she felt compelled to help in any way she could. It was then that she joined the family business.

Over the years, the economic situation and the company’s finances improved. She kept telling herself that she would leave after the completion of the project at hand, but subsequent projects kept getting more interesting and challenging. She says that things overall became more exciting with the improved business climate. “There are also a myriad of push factors that made me gravitate towards the decision to stay with the business that brought me where I am today,” she adds.

2017 was a landmark year for her career, as well as the group. This was when Union Power was set up. Soon after its launch, the energy sector in Singapore was fully liberalised. The group also had strong relations across key industries such as food & beverage and manufacturing due to their LPG business. Complimenting the existing services by offering the clientele electricity procurement gave them the initial fillip required.

Being a female walking through the corridors of power in a male-dominated industry never fazed Ellen. In fact, she shares that industry veterans are often more willing to share their experiences with her. Many of them even offered her guidance during her formative years as a leader.

“I suppose a fresh female face really does ignite some curiosity in others to engage you. In reality, ‘female executives’ aren’t any different. Gender doesn’t really matter as today’s leaders require a diverse set of skills to power through,” she feels. However, she insists that at the end of the day, it really just boils down to hard work, perseverance, and tenacity. Creating a footprint for oneself and the results one  produces is what sets them apart from the rest, she believes.

Making gender diversity a business priority can lead to financial benefits and help the company realize its full potential, Ellen asserts. The Union Group has identified business units that are less gender diverse where they have developed a hiring strategy that increases gender diversity, without reducing or ignoring merit. There are several inclusiveness goals set that all managers are accountable to implement. The aim is to create an engaged culture that enables men and women to form trusting relationships and motivates them to perform at a high level.

Being a mother to four children aged between 8 and 17, Ellen understands the challenges of juggling a career and being there for the family very well. Even as most companies think of hiring newly married women as a risk, she feels concerned when team members avoid going the family way.

“Companies usually avoid hiring young females thinking they may be out of action after investing time and training the candidates for their roles. I often talk to young married people on my team to understand their challenges and share with them my own parenting experiences in hope to inspire them to take the leap of faith towards starting a family,” she shares.

Very often, Ellen found that the newly married female team members needed the assurance that this decision will not lead to them being sidelined at work. She even helps them devise strategies to make efforts to still meet deadlines with the dual responsibilities.

Practicing what she preaches, she ensures to spend her off time with family. It was her desire to be the best role model for her children that has, in fact, steered her forward in her career. “I always emphasise the importance of breaking boundaries and being a trailblazer, especially to the younger generation. If you unleash the power of young minds, the possibilities are limitless,” she thinks. She goes on to advise young ambitious people to always be prepared for change, which is the constant in every business environment. She adds that they must persevere with their aims, get uncomfortable and go on the road less travelled to mark a trail.

A proponent of lean management, Ellen is proud that the corporate reporting relation between the leadership and team members is often softened in order to facilitate open communication. This lean organization structure, she feels, has proven to build a collaborative, interconnected team where every team member is encouraged to contribute.

“Our team members are not afraid to take on more responsibilities and involve themselves in important conversations. Younger team members also appreciate transparency and limited bureaucracy,” she informs. According to her, a key advantage of this style of management is simplified internal communication resulting in fast decision-making. The focus is to make the work culture more result oriented than expecting team members to clock the hours or punch the clock, she shares.

Environmental, Social and Corporate Governance (ESG) awareness is gaining ground in Singapore as a tool to measure sustainability and societal impact of a business. Ellen believes that this new measure would play a major role in the near future in shaping businesses in the country, and in customer behaviour metrics. To prove this, she cites the example of how the Energy Market Authority (EMA) has set the target of producing at least 2GWp of solar power capacity by 2030 in order to ensure increased solar energy penetration from the current 2% to approximately 10%.

The Union Energy group perceives sustainability as one of the key drivers for their next lap of growth. Working towards this end, Union Power has also expanded into the clean energy sector through Union Solar in September 2020 as a separate entity. In order to be an all round energy provider, Union Power expanded into the clean energy sector to drive sustainability efforts with reference to the Singapore Green Plan 2030.

She foresees the deployment of Internet-of-Things and viable energy storage solutions in their sustainability ecosystem to create meaningful applications in the way we see and use energy. Ultimately, we see ourselves as a leading energy solutions provider that will continue to adapt to provide optimal value to our customers.