Optimal Employee Retention is an Important Contributor to Bottomline: Yean… 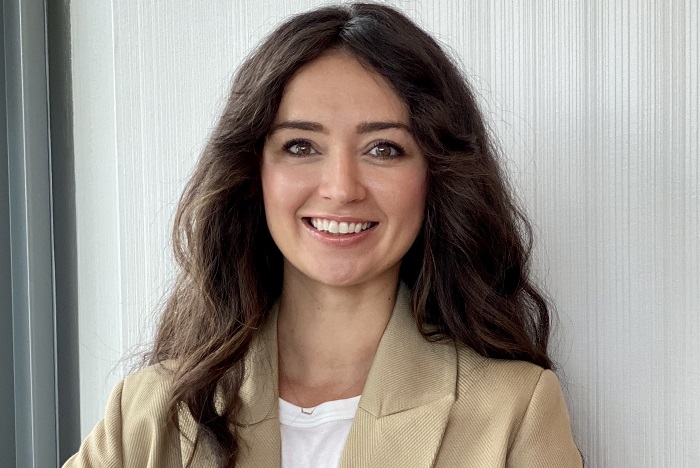 SINGAPORE – Kasia Leyden is a true global citizen. Born in Poland, she spent her early childhood years in Germany before moving with her parents to Australia. After finishing her education and working for a couple of years there, she moved to the UK and soon after to the USA. She moved to Singapore in 2018, and has been the vice president of marketing for PayPal International since then.

Work has taken her to many markets across the US, UK, Asia-Pacific and Latin America in the last 15 years. In her current role, she focuses on China, India, Japan, Mexico and Brazil. The experiences gathered from all these experiences have shaped her as a modern marketing leader, and defined her values on talent, culture and leadership. In this chat with Women Icons Network, she talks about challenges and solutions for creating a gender balanced workplace.

From speaking with colleagues, friends and reading about inspiring female business leaders, Kasia has come to the conclusion that there are two major challenges that working women face. “Firstly, women face increasing demands when it comes to balancing work and life, while doing it all. The OECD reported that women spend an average of two hours a day more than men performing unpaid work at home,” she shares.

She feels that this situation worsened during the pandemic, especially for working mothers. As the office closures coincided with school closures, women who maintained operations digitally, often faced an additional workload in managing their households, she pointed out, akin to holding two jobs.

The second problem, according to her, is the lack of sufficient number of support groups and social platforms for working women. Be it connecting to mentors, networks, information, or expert guidance, all of these are vital resources to help address the unique challenges women face, she believes.

Gender equality efforts go beyond ensuring the representation and empowerment of women at work, thinks Kasia. It requires all employees to actively advocate for biases to be eliminated in order for tangible change to take place. “I strongly believe that active dialogues should be regularly initiated with male colleagues at any given time to better facilitate a learning experience in the moment,” she insists.

It could be as simple as a quick conversation to point it out to male colleagues if a female colleague has not had the chance to speak up and share her point of view in a meeting, so that they can be more self-aware in the future. Such small actions can collectively help in rectifying behaviours to ensure a more inclusive environment, she feels. More men actively working towards this goal and advocating for greater equality in opportunities will help workplaces achieve gender parity, she adds.

Conversations around the subject should not be limited to once a year but a year long effort, she thinks. She suggests regular sharing of examples of how diversity and inclusion practices are implemented by them among organisations. She also feels that women should be encouraged to lead and mentor actively in the workplace. “Most importantly, women should support one another in achieving success,” she says.

Empowering women through mentorship as well as championing female role models is key in narrowing the gender gap, as per Kasia. She cites a recent study by IMDA which says that women currently make up 41% of the tech landscape in Singapore, well ahead of the global average of 28%.

“This is fantastic progress – that also means that we have lots of women leaders who can be mentors to up-and-coming women professionals who are seeking to grow their careers in the industry,” she exclaims. She also believes that championing female leaders and their stories will be key in breaking gender stereotypes. Visibility, she says, will inspire more women to lead and to take a chance on pursuing their passions, both in and out of the workplace.

Impact of the Pandemic

Kasia acknowledges that COVID-19 has deepened inequalities among the most vulnerable communities, putting at risk the already limited progress made on gender equality over the past decades, according to the UN. “The most challenging aspects, especially in this pandemic, is ensuring women’s continued participation within communities and supporting women and girls’ engagement through network and organizations,” she informs.

On a more personal front, she gave birth to her son in March 2020 just as the pandemic was escalating in Singapore. Giving birth in the midst of covid measures, spending maternity in the lockdown, returning back to office in 100% work from home capacity whilst separated by border closures from family and friends has definitely been challenging for Kasia.

The lesson that she gained from all of this is that women can do it all, just not all at once. “One of the biggest learnings for me has been to actively take control of the time I spend on myself to recharge so that I can be the best mother, wife, professional and friend I can be. Say no to things, ask for help and accept help when it’s offered,” she says while summing up her learnings.

Kasia asserts that diversity and inclusion are the foundation of everything at PayPal. She informs that the company believes all its employees deserve an environment where they are valued for who they are – a place where everyone can express their full selves and fulfill their highest potential.

“We ensure that each and every member of this global team is treated equally and given the opportunity to develop within the organisation. This approach is ingrained in our ethos and at every level of the business,” she says. All team leaders are trained in diversity and inclusion to combat any unconscious bias, she adds.

Several D&I communities work inside the organisation, like Unity that pulls together women and men to create more opportunities for their female colleagues. The mentorship programme of this community matches 100 pairs of mentors-mentees from either within or across departments at any given time. Another important initiative is the PayPal Women Luminaries Programme (WLP), which is an all-rounded programme for passionate female undergraduates to build a solid foundation for a tech career and develop the skills needed to become leaders in the field.

This IWD, PayPal celebrated their colleagues, partners, customers and merchants’ businesses led by women. They have also been active in empowering female merchants that they work with. Another recent campaign ‘Changemakers of Tomorrow’ pays tribute to everyday heroes specifically by featuring the stories of four female  entrepreneurs who narrate inspiring stories on the challenges they faced while running their own business, their journey in digitization, and how they overcame the odds to impact society.