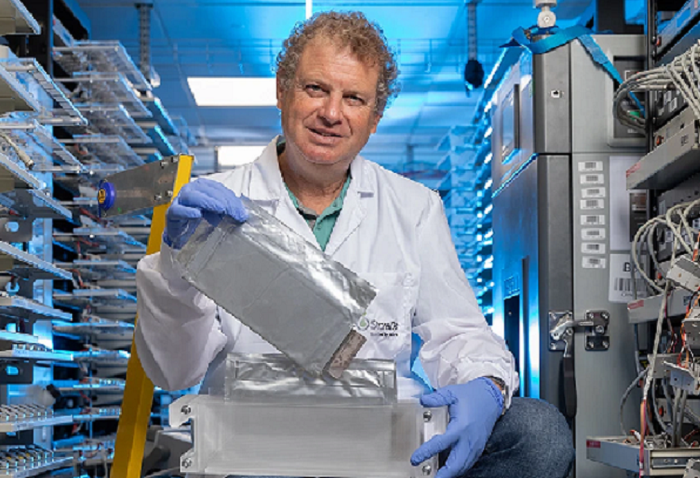 Barely a glimmer of an idea at the start of the second millennium, electric vehicles (EVs) have swiftly captured the imagination and attention of the world. As the world’s largest vehicle makers electrify their offerings, the transition away from polluting internal combustion engines (ICE) will be complete within the next two decades, says Dr Doron Myersdorf, Co-Founder and Chief Executive Officer of StoreDot. Dr Myersdorf is a speaker at TechInnovation 2021, a virtual technology brokerage event presented by IPI from September 28 to 30, 2021.

StoreDot is a battery developer and materials innovation leader focused on developing ground-breaking battery technologies, which gives Dr Myersdorf and his team of three dozen Ph.D. researchers a unique vantage view of this fast-evolving landscape. According to him, the days of ICE vehicles are numbered, apart from niche segments such as semi-trailer trucks or vehicles powered by other clean energy technologies such as hydrogen.

To be clear, multiple hurdles remain to be overcome, from building the requisite charging infrastructure to support EVs, improving battery technology to make them safer and hold more power, as well as the responsible disposal of batteries at the end of their lifespan. However, the number one barrier to mass adoption right now is range anxiety, says Dr Myersdorf.

“If you look at [various] studies, range anxiety is the number one barrier,” he says, with “charging anxiety” following closely behind. The former is the worry of being stuck on the highway with a depleted battery, while the latter is associated with the sight of a long queue at a charging kiosk or the prospect of waiting for hours for charging to complete.

“What we are trying to do is to significantly improve charging times to give EV drivers the same experience as refueling with gasoline. If a charging stop takes just five or 10 minutes to add another 500 kilometers of range, then drivers can easily pop by a charging station for a cup of coffee, visit the bathroom, and come back to find their EVs charged and ready to go.”

The Israel-based StoreDot is currently focusing its efforts on extreme fast charging by replacing graphite as the anode in batteries with silicon and has a roadmap to achieve extreme power density with solid-state batteries. For now, charging time remains the major obstacle to the mass adoption of EVs, says Dr Myersdorf, though he acknowledges that range, cost, and weight have been improved significantly over the years.

Another hot topic would undoubtedly be the safety of batteries, following the widely reported Note 7 smartphone recall in the wake of multiple phones catching fire, or the more recent recall by General Motors (GM) over the potential fire risk of its LG-manufactured batteries.

“The safety of batteries is a critical element, even if measured in parts per million. Like the design of an airplane, we cannot allow even one fire to happen because of the battery,” Dr Myersdorf said, noting that silicon-based batteries hold more power and are much safer for fast charging.

For now, StoreDot has successfully designed a silicon-based battery and is currently producing samples, though it is still working to improve its performance from the current 200 charge cycles to the one thousand range needed for commercially viable EVs.

An ecosystem around EVs

The year-over-year improvement in battery capacity and charging speed is around five to seven percent right now, says Dr Myersdorf. This relentless progress means that new EVs are getting better range, even among EVs of the same family but produced in different years. Don’t count on being able to easily upgrade your EV’s battery pack easily, however.

“To replace the battery, you may need to upgrade many other things. If the new battery is a fast-charging battery, then it might be necessary to replace all the connectors, wiring, software, or the cooling; whatever is needed for fast charging might also need to be upgraded.”

For greater sustainability, Dr Myersdorf highlighted the possibility of a circular economy to give discarded EV batteries a fresh lease on life. “There are ways to recondition these batteries and reuse them. For example, they can be used in energy storage systems to ease peak energy demand or paired with renewable energy systems such as solar panels to provide continuous power.”

As Singapore and the region pivot towards renewable energy, the idea of establishing a circular economy for batteries makes sense. For instance, the recently announced floating photovoltaic (PV) system that will be built in Batam will have an energy storage system with a mammoth 4,000MWhr capacity to support its operation. Using recycled EV batteries in such energy storage systems can greatly lower both financial and environmental costs.

“I think the whole notion of circular economy is critical,” Dr Myersdorf summed up.