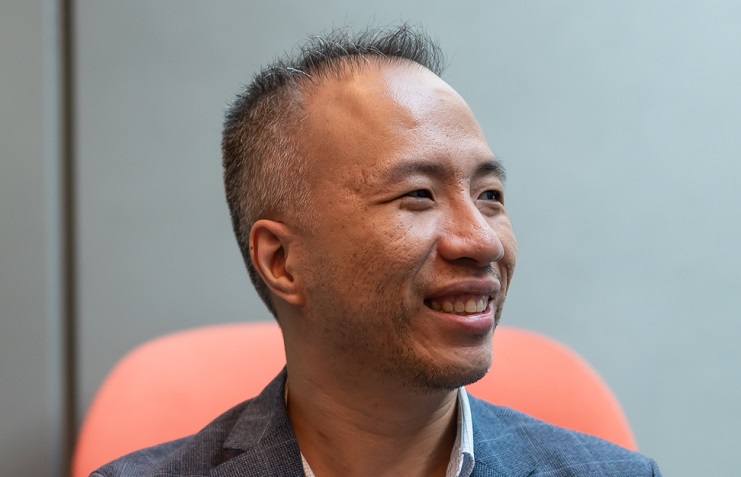 Benjamin Soh is a veteran entrepreneur in the finance sector. For the past two years, he has been helping financial institutions make use of technology to improve processing speed in the capital markets with their blockchain based technology through STACS (Securities Trading Asset Clearing and Settlement).

He believes that there is a huge potential in making fintech a green industry and, in turn, helping other industries make more sustainable choices. He is a proponent of the idea that Singapore, with a world-class pool of innovative entrepreneurs with expertise in many green technologies can lead the world in this regard. In fact, the topic is so close to his heart that he has been batting for the island nation to flex it’s green muscles during the United Nations Climate Change Conference (COP26) in November. He tells us all about his vision in this conversation with AsiaBizToday.

Growing up in a working-class family in Singapore, Benjamin learnt the qualities of dedication and a good work ethic from his father. For all seven days of the week, Soh Senior worked at the small stationery shop he owned. Even after Benjamin lost his mother at the age of ten, his father continued to work hard, while also taking over the responsibilities around the household and the family.

The determination of his father in the face of unexpected challenges, helped Benjamin learn the power of tenacity in overcoming adversity. This served as an important cornerstone of his entrepreneurial journey later in life, giving him a reminder that no obstacle is too tough and no mountain too high if you have enough motivation and the right purpose.

These humble beginnings also gave him lessons that stood him in good stead as an entrepreneur. “I also witnessed how small SMEs are severely affected by change. My father’s shop was severely impacted by malls replacing neighbourhood shops. I also understood then that SMEs can benefit from technology or means that future-proof their business against winds of change,” he shares.

The seeds of the concept that led to Benjamin’s first venture Broctagon were sown in 2005. At that time, trading stocks or currencies in Singapore meant calling a broker over the phone and waiting two days for a paper letter to arrive in the mail confirming the trade. His solution was to build electronic trading solutions for brokerages and financial institutions.

While the company is still thriving, Benjamin has since exited most of his stake. By 2017, he had spotted another problem in the financial markets – trade clearance and settlement. “Since the 1970s, the capital markets have been fragmented where institutions operate on different systems and ledgers, and go through a linearly-dependent process where settlements take between 2–14 days depending on the asset class,” he explains. This, in addition to the transaction costs, leads to a lot of capital being locked up in the clearing system everyday, he adds.

Two years later, in 2019, he launched STACS with new distributed ledger technology (DLT) to solve this problem. Their clients today include Deutsche Bank, BNP Paribas, Eastspring Investments, Bursa Malaysia, PwC Singapore, UBS, Union Bank of the Philippines, and many other global financial institutions. Their technology is recognised as one of the few live DLT platforms for effective trade lifecycle management in The World Economic Forum (WEF)’s recent report on Digital Assets, Distributed Ledger Technology, and the Future of Capital Markets.

When STACS started out in 2019, the ambitious young start-up wanted to serve the large financial institutions by providing them with innovative technology to make their back-end processes more efficient. Through their interactions with the clientele, they realised more and more financial institutions were beginning to embrace green technology and sustainable practices.

Despite the UN Sustainable Development Goals estimating an annual funding shortfall of US$2.5 trillion, overall annual investment into green financing is about US$1 trillion, informs Benjamin. “Of this, more than 80% is pumped in by government institutions. As a fintech company, we find this gap as an opportunity for the private sector. Going forward, we expect all finance will be green in one form or another,” he declares.

He gives the example of the transportation and logistics industry that contributes 13% to the greenhouse gas emissions globally, wherein banks are already financing the transition to more sustainable alternatives. While things have already started rolling out, he believes that it is important for all stakeholders to come together to develop efficient common industry-wide data infrastructure nexus and monitoring technologies that enable financial institutions to make green financing quicker and more effectively.

When asked about the advantages of green fintech, Benjamin spoke about the tracking and tracing of the entire distribution channel and supply chain of physical real-world projects, from manufacturing to destination. This usually requires a distributed infrastructure to allow connectivity to various data sources in the form of IoT sources, data analytics or even satellites, which are continuously monitoring projects  in real-time as they develop.

“Throughout this entire chain of processes and the project’s lifetime, technology can be implemented such that investors can be certain their portfolio is truly green with no greenwashing involved,” he explains. For the financing of a green bond or loan, he adds, investors increasingly want to be able to see the use of proceeds translating to real KPIs. For this, they are beginning to rely on receiving real-time data and applying analytics, as well as securing third-party certification, he further informs.

In this scenario, STACS aims to become a platform-as-a-service solution for global green financing, where participants are able to easily quantify and show reliably their project’s “greenness”, and in turn secure better financing.

Benjamin believes that Singaporean technology start-ups are already solving real problems with solutions that can help financial institutions take green fintech further. The country can also take a lead, he feels, by establishing some form of common data infrastructure or digital interface since there is no set green tech standard in this regard yet. The government already has the experience of doing this with initiatives like SingPass and CorpPass initiatives, he points out.

This common underlying structure that would enable them to support various types of innovative, exciting technologies on a common project source is also what STACS is working towards, he informs.

He thinks that with COP26 round the corner, Singapore needs to ask itself how it’s going to contribute towards a greener planet in the years to come. Not just Singapore, but the whole ASEAN region, being one of the most densely populated regions in the world with over 650 million people calling it home.

Singapore also has the infrastructural advantage that most local companies, including banks, have their presence across several countries in the region. In order to build the confidence of these multinational consumers, Benjamin suggests the use of blockchain technology which can not be tampered with without alerting users. “By using these technologies in a collaborative spirit, we are better able to cross borders without sacrificing the effective tracking of source data in the financial sector,” he elaborates.

One future prospect that STACS is excited about is what they call “bonds in a box”, which essentially is a single platform that offers and manages all key market structure throughout the bond lifecycle. “It’s an important DLT test case for the finance industry as a whole in the coming years, as it shows what can be done with the right technology,” he feels.

The challenges for realising this potential include costs and the ability for multiple operators to collaborate on the same platform and project. This is the next big project that STACS is working on. It’s pilot project has been approved by Singapore’s national regulators as well.

Benjamin sees technology as an enabler and financial institutions as the facilitator that bring together the “fin” and “tech” in fintech that can create a lasting green change in consumer and corporate behaviour for a better planet.