Mel Gollan is a Proud Maori Entrepreneur Breaking the Glass…

Why Tokyo 2020 is Set to Champion Women’s Rights Like… 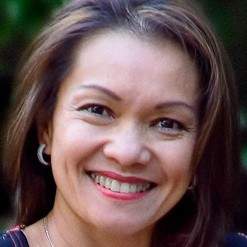 According to a statement issued by Nestle, she will also be appointed as a member of the group’s governance, nomination and compensation committee.

“With her extensive experience, expertise and strong background, particularly in sustainability and corporate governance, the appointment of Dr Tunku Alina will bring further diversity to the board and continue to strongly support the group’s aspirations to forge ahead in its journey,” the group said.

Alina began her career as a legal practitioner with Skrine & Co in 1987. In 1992, she founded a legal firm known as Wong Lu Peen & Tunku Alina, where she served as the managing partner for close to 20 years and is currently a consultant with the firm.

She is an associate mediator of the Singapore Mediation Centre and has also served as an adjunct professor of Islamic Finance Law at the University of Miami and as a committee member of the International Centre for Education in Islamic Finance.