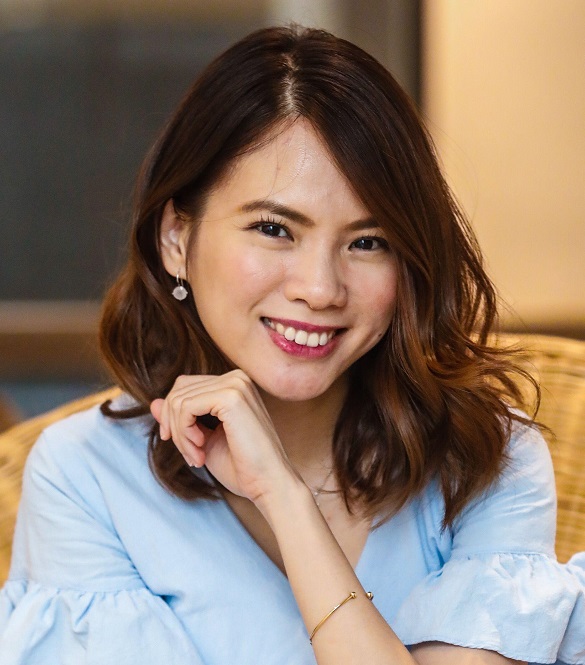 Long before social media influencer became a coveted job title, Malaysia-based Choo Mei Sze understood the power of the digital space for brands. That is what led her to launch her venture PersonEdge, a marketing agency specialising in social media.

Mei Sze, however, is much more well known across Malaysia as an entertainer; she has been an emcee, a TV presenter, a voice artist and a model. She is also a lecturer. She is a cancer survivor despite her young age and continues to champion cancer awareness and is also the youth ambassador for the National Cancer Society of Malaysia. She talks to Payal Gwalani of AsiaBizToday about juggling between all these roles, what drives her and being a business owner.

Looking at this confident woman today, it is difficult to imagine that Mei Sze was bullied during her school days so badly that she would often come back home crying. At that formative juncture of life, she learnt how one can heal from even the most tragic events with the help of a support system. She is grateful to having understanding friends and a mother who stood by her to persevere without getting too affected by the negativity around her.

The next big event in her life that shaped her was going abroad for studies. There were no Malaysian students at the university in the United States which forced her out of her comfort zone in many ways. “I ended up making friends with people from all over the world. I have friends from various backgrounds from Korea, Japan, UK and many from California as well. Mixing with people from various backgrounds made me even more outgoing and adventurous than I ever was,” she says about this six year long stint.

After completing her master’s degree, she had no clear plans but knew she wanted to apply her new learnings of her developmental psychology doctorate  to make Malaysian youngsters more aware about problems like cyberbullying. She also realised this could be best done using media and entertainment as a tool.

Making use of media for her goals was a thought that developed over time. As a graduate student in the USA, Choo Mei Sze had appeared in some commercials. “I was scouted and it was good extra pocket money,” she explains about her entry into the entertainment business.

Every summer that she spent in Malaysia, she got calls to audition for commercials. This led to being nominated to become the Cleo Covergirl Malaysia, winning which was the beginning of her buffering career. Then came other opportunities including emceeing for Proton, hosting TV shows, becoming the voice of Lisa on Astro Tutor TV, and a stint as a news reader on NTV7.

Amid all of this, Mei Sze also started blogging, at a time when the craze for the medium was at its highest. Many SMEs started approaching her to be featured on her blog. “Why not use more people like me by targeting various audiences to reach more people,” she thought at the time.

What started as a fleeting thought became the seed of a business idea, giving birth to PersonEdge. The thought behind it was to help the small businesses through her social media influence, a model that was later used by many others in the subsequent years before “social media influencer” became a full-time job.

Even as she took the mantle of a business owner, Mei Sze continued her entertainment career. She also started teaching. “Initially, I didn’t move back home and kept shuttling between the USA and Malaysia. The extra income from the entertainment gigs allowed me to get extra income while I was still doing the research for my PhD,” she explains how juggling multiple roles was not a choice but happened on its own.

While being on top of her game and adding more feathers to her cap, her life changed completely with a cancer diagnosis. The most difficult task at hand then was hiding it from her colleagues and employees. She didn’t want the people working for her company panicking. “I had to be strong for them. PersonEdge employees and their families depend on the business,” she recalls.

Luckily, the cancer was detected at an early stage. It still took a year to undergo the required surgeries and recover. At that time, she wrote a blog post about her experiences which went viral. This led to Mei Sze’s association with the National Cancer Society of Malaysia.

“I take things much slower now although I still wear many hats. It’s just that I know what my priorities are – my health being among the top ones – and I listen to my body a lot more. When I am tired, I rest; when I need to de-stress, I take a break,” says the former workaholic. Before the health scare, she thought she was young and could afford to push herself harder for a while.

The one principle which Mei Sze adheres to as a business owner is taking care of her people. “This is difficult at times, but checking up on them constantly, and sending them care packs like for CNY does help boost morale to let them know the company and I care about them,” she says. She believes that when the team knows they are taken care of, they are motivated to work harder and shoulder more responsibilities.

That is exactly what happened last year even as the business struggled. “The first lockdown was really tough for the business because clients started pulling out as they were making losses, and we couldn’t close new accounts,” she tells about the tough times.

Most businesses were making salary cuts to cover such losses. However, the PersonEdge team got their full salaries throughout the year. Ask her the reason, and she says, “After much thought, we decided to shore up our finances, and motivated the team but ensuring stability of their jobs and income which was a very important factor to keep the work flowing smoothly.”

As her business runs on ideas, it is important for Mei Sze to have a diverse team. “Different backgrounds bring together different experiences and more ideas. A problem can be solved in multiple ways by different brains, and women and men think differently too,” she explains. She admits that the brainstorming sessions  can actually hit a block sometimes, but it also enriches the idea a lot more once it has been completed, she believes.

Talking about the gender divide, she asserts that there should be no divide in job scope or descriptions based on gender. Stereotyping gender roles by hiring women for admin and HR roles only and turning them down for technical or leadership roles is a disservice to all stakeholders, she believes. “People need to be trained consciously that there should be no divide, and anyone can have a role as a CEO, or even head of HR based on merits,” she adds.

Women, in general, are more compassionate, and emotionally involved in situations, which enables them to harness the strengths in people, and improve their weaknesses. “Also, women are more understanding which is what is needed in this day and age with mental health issues coming to the forefront. Once we are more understanding, and inclusive, we can not only help them, but also keep the company running in optimal condition,” says Mei Sze.

For every young person with ambitions, she has one tip – Never stop striving to improve yourself. She believes that we must always seek to grow as a person because it is through experiences, and the want to grow that we can achieve what we set our minds to.