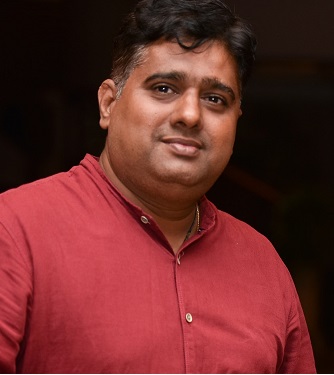 Three unconnected media-related “events” caught my attention in the past few weeks. Let me list these, in no particular order.

I happened to catch the Steven Spielberg-directed, Meryl Streep-Tom Hanks’ starrer ‘The Post’ on a Frankfurt-Singapore flight.

Movies based on real-life stories and historical events fascinate me; the cast and the storyline of The Post had already gotten this flick on my to-watch list. To find this movie on-board was a pleasant coincidence.

Based on everything I had heard about previously, I presumed the movie was all about Watergate. I realised later that the movie was about something closer home, something that I have a stake in professionally.

A Whatsapp message doing the rounds duly landed on my phone as well. The story was interesting: Neflix’s offer to be acquired by the movie-rental company Blockbuster for about US$50 million.

Ah! The irony of it all. Not for the first time- nor will it be the last- had one decision irrevocably shaped the destiny of two companies. Opportunity and threat come incognito and success depends on the ability to blow the disguise and treat them appropriately.

Well, I digress.. The story surfaced around the same time that Netflix’s valuation reached a whopping US$180 billion (approx.).  A former DVD-rental company with that high a valuation? Obviously, the company’s success and astounding growth is due to two transformative changes- or ‘pivots’, as these come to be termed- the company undertook in the last decade or so.

The company’s future direction has been quite well spelt out. Right?

Series A funding for The Ken

I doubt if a lot of people really know about The Ken like, say, The Huffington Post or to a lesser extent, TheWire.in.  I myself came across it accidentally a few months ago. What caught my attention was that the reporting was comprehensive, and the writing, refreshingly good. It combined style and substance in its writing, such a rarity these days, and I was hooked.

There were three other huge differentiating factors too: a) the site carried just one story a day, only on working days (though they have recently introduced a story on weekends too) b) you had to pay a decent chunk of change in annual subscription to read the stories. c) you’d be hard-pressed to find any advertising on the site (they don’t rule out advertising in future).

A US$1.5 million funding (by the Omidyar Network) is not huge; however, I thought it significant for a few reasons. One, this was a media play without the staggering numbers of readers/users that get investors salivating; two, it seems a rather niche kind of site whose appeal may remain rather limited i.e. there are question marks over ‘scale’. .

Yet, the impact-investment firm saw “something” in this venture that prompted them to shell out US$1.5 million. That “something” is of great interest, and what makes it pertinent for this article.

Time for a new king

Across these three ‘stories’, one common theme stands out. Whether it is the story of Katherine Graham standing by Ben Bradlee, even as she looks to raise money to invest more in high-quality reporters, to publish the Pentagon Papers in “The Post”; or, Netflix’s transformation from a DVD rental company to become the most-valued media company in the US powered by its production of original (and often, data-driven) content; or a niche website getting financial backing on the basis of its content, what comes out loud and clear is that high-quality will triumph. Irrespective of the medium or format of content,  there is an elevated place for original, high-quality content.

We are living in the time of an unprecedented proliferation of content. There is a deluge of fake news and trashy content. More often than not, quantity gets precedence over quality.

When the business model is advertising– reach, impressions and click-throughs- it is understandable why publishers focus so much on putting up content the quick and dirty way, without enough rigour and diligence; without substance or style, or a voice and tone.

What we also see from the examples above is that there is there is a cost to be incurred by content creators for high-quality content and there is a price that the audience is willing to pay for such content.

‘Content is king’ is repeated ad nauseum. It is time this cliche is rewritten to say “Quality content is king.

Manoj Aravindakshan is the Editorial Director of AsiaBizToday.com. An experienced search & content marketing consultant, he is the founder of On Target Media, a well known SEO & SEM agency in Singapore.

The future of cyber security in Southeast Asia