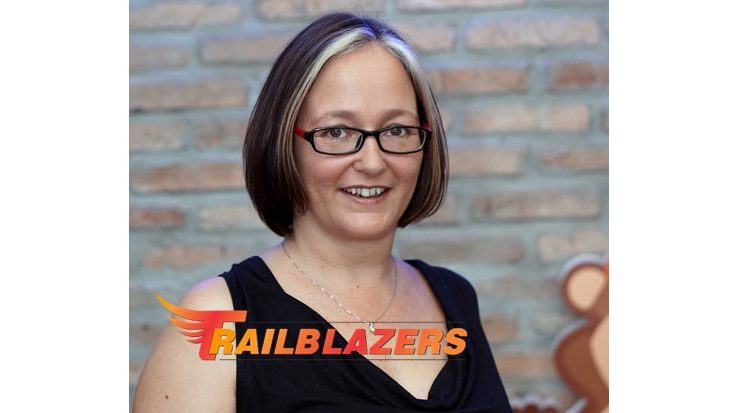 Born and raised in the Netherlands, into a scientific family that somewhat resembled the United Nations, Bárbara recalls her childhood where conversations were held effortlessly in three languages, often mixed within a single sentence – much to the confusion of any visiting friends. It was inevitable that she became confident polyglot, but rebelled against the path of becoming a scientist.

Her passions include cooking & reading, but she started her career as a clerk at a small bookkeeping firm in Amsterdam to earn a living. Quite unexpectedly, she enjoyed the job of processing numbers and transactions into an organised overview that provided her customers – often microbusinesses – with real insight into their operations, and, after a year or so, she returned to the school benches to complete her bachelor in business administration.

Soon after, in 1997, she accepted the position in the finance department of PeopleSoft NL, just as they were implementing their own ERP system, and found her calling in the power these systems brought to financial and business analysis. Through various positions and organizations, her career decided to turn towards IT to the Founding Shutta.co

Shutta removes the need to decide between shooting video or taking photos, allowing you to have your visual cake and eat it. Shutta allows you to pull stills from any video taken with or stored on the phone –footage synced from a GoPro or drone camera and save your favourite moments as photos without losing resolution. Read further to understand more about the Versatile entrepreneur.

Who is your greatest inspiration and why?
Inspiration is everywhere. I find the Vietnamese lady selling soup on the street, day in, day out, immensely inspiring. Similarly, the young Vietnamese that work 2 or maybe 3 jobs, but still find time to have a side project on the go, fire up my own ambition. Even though I have no children, I find a young child’s insatiable curiosity and eagerness to learn truly inspirational, and I often wish that adults would hang on to those misnamed childish traits more.

Briefly describe your entrepreneurial journey so far.
I started up on my own in 2006 when I opened a strategic consultancy aimed at bringing corporate best practices to small and medium size businesses in the south of Spain. I became an entrepreneur due to circumstance more than a desire to build something independently; I had moved to the south of Spain when my widowed father fell ill, but when the project I had taken on as a process analyst at a large real estate firm came to end, there were few companies in this resort region that were looking for somebody with my background.

I had been asked by several entrepreneur friends to consult on their businesses though, and, unwilling to leave my father to his own devices, I reasoned that I might be able to make a living on the Costa del Sol as a freelance consultant. The first two years, business was reasonably good, but, just as I had turned my freelance business into a limited company with larger ambitions, the economic crisis struck hard. I was able to maintain myself through the first wave, partnered up with a Dutch development company of continuous improvement software that would make expansion and recurring income a reality, and, again, just as I thought things were looking up, the second dip in the economy struck.

At this point it was becoming difficult to keep operations running, and, over the course of the next two years, I had to let my staff go, one by one, until it was just me on my own again. By now, my father had passed away and, when one of my oldest clients offered me the opportunity to consult on the opening of a software development house in Ho Chi Minh City, headed up by James Shimell, I grabbed it with both hands.

It was interesting to know you worked as a chef previously in the UK. Could you tell us more about that?
I transferred to the London branch of the SAP consultancy I was working for in 1999, just before the Y2K problem and the burst of the dot com bubble. Contracts for functional IT consultants dried up throughout the course of 2000 and, in the highly competitive London market, I was out of a job by the summer of that year. I had had a good run of it and a nice bit of savings, so instead of banging my head against the wall, I decided to fulfil a lifelong passion and retrain as a chef. There had always remained a nagging desire to know if I could have been good enough; if I could have made it as a top chef, had I defied the academic expectations of my parents.

There are many aspects to being a great chef, and artistic or creative talent is only a tiny part of what it takes. A solid understanding of the science, the actual chemistry of cooking food, and your ability to plan out your actions – visualising every single minute of the process a little like athletes do – are far more indicative of culinary talent. The diner is expecting to eat his food on time and to a certain standard and should remain blissfully unaware of the disasters that inevitably happen in the kitchen. As such, in addition to being a good cook, a great chef has to be a master of time, stress, and people management, always thinking on their feet, able to make quick decisions and solve problems efficiently, to ensure the expectations of the customer is met at all times.

I absolutely loved the three years I spent studying and working in some of the best restaurants in Southeast England, but, ultimately, knowing the profession from the inside out was enough for me. The culinary world has its own military hierarchy, and it takes years to climb up through the ranks. With the job market in my previous industry sufficiently recovered, I returned to business and IT in 2004.

How was Shutta founded and how did the idea come about?
The idea for Shutta came about in September 2013, when my cofounder James Shimell and I attended the Festival of Colours in Tarifa, Spain with a group of friends. James is a keen photographer, and he had been trying to capture the colourful flares of chalk that were thrown up into the air every 15 minutes during the concert. He could see the perfect moment every single time, but the smartphone camera failed to capture much more than a colourful blur.

At this stage, it seemed logical to record a video instead, ensuring that the moment would be captured on film, and to extract the perfect picture later. When he realised at home that extracting a photo from video, without losing resolution, was far from straightforward even with the help of sophisticated software, he decided to build a tool that would allow him to do it straight from his mobile phone. Shutta was born as a pet project and built singlehandedly by James on evenings and weekends.

You have worked in various countries previously. Any reason why Shutta was set up in Vietnam?
I fell head over heels in love with Vietnam and its people. The country is in a demographic golden age and there is a real sense of drive, a passion to build a bright new future, in the air. When the consultancy project came to an end, I decided to close down my dying business in Spain to focus on new opportunities in Vietnam.

I spent the first eight months in an intensive, 20 hours a week course at university to get to grips with the language. James in the meanwhile continued to develop Shutta in his spare time, well beyond the simple tool it started out as, adding in a social network, editing facilities, etc. Convinced that he was on to a potential winner and believing my business background would complement his technical one, he invited me to come on board as a cofounder in December 2014. James continued to work as general manager of the software development house in Saigon, while I dedicated myself full time to user acquisition, growth, and attracting investment for Shutta.

When we raised funding a year later, we were both still as impressed with the level of IT skills and the drive and ambition of young Vietnamese engineers as the day we first arrived in the country. Setting up operations for Shutta here was a simple, straightforward decision that we don’t regret in any way.

What would you consider as the highest point in your career?
I sincerely hope that the highest point is still to come. I believe that life, like stock markets and mountain ranges, is made up of unending deep valleys, high peaks and everything in between. I am certain there is still plenty of both joy and adversity up ahead.

Describe the biggest challenge you faced so far and how did you overcome it. Any lessons learnt?
I think that balancing the care for loved ones with the desire to follow your own path is the biggest challenge. You are always stressed, you are always short of time, and most of the time you somehow end up feeling guilty or frustrated about either or both aspects of your life.

I had to learn to be patient; to accept that as you prioritise your obligations, you may not be able to do it all at the same time, but that, as long as you keep putting one foot in front of the other, you will ultimately get to somewhere interesting. There is opportunity in adversity, but you will only recognise it if you keep your head up high and you keep going.

What is one piece of advice you would give to women who wish to become entrepreneurs.
Life, and business, is unexpected and rarely behaves according to plan, but in the end everything has a way of working out and coming full circle. Not a day goes by where I don’t use some element of all of the diverse things I have done in the past, and looking back, all the pieces seem to inevitably have led me to where I am now. If you can Bruce Lee it and be like water, then, regardless of any obstacles that may be put in your way, you’ll end up where you want to be.