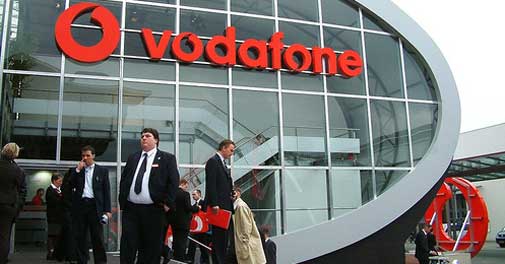 Vodafone is planning an up to $3-billion (Rs 20,100-crore) equity infusion in its India unit to replace debt as competition intensifies with the entry of Reliance Jio Infocomm and bidding for spectrum gets underway in less than a month.

Europe’s largest mobile phone operator is also believed to be reviewing the timelines for Vodafone India’s initial public offering, wary of value erosion due to a tariff war unleashed by Jio, people familiar with the matter said. “Overseas market conditions make it favourable to replace the debt here with equity as the return on equity is higher here and it will cut the debt servicing costs,” one of the people said. Vodafone India’s standalone net debt for 2015-16 was about Rs 81,500 crore, according to the company.

Vodafone, based in England, declined to comment specifically on the equity infusion and debt replacement plan, but said the company has consistently invested in India and is today the largest foreign direct investor in the country. It added there’s no change in its IPO timetable. Analysts said Vodafone India may be the most aggressive bidder in the upcoming auction and some expect it to spend as much as $2 billion on acquiring airwaves. India’s second-ranked telco has 4G spectrum in nine of the country’s 22 circles, with operations in eight, lagging behind Jio and market leader Bharti Airtel’s pan-India holdings. India is set to sell spectrum, valued at Rs 5.6 lakh crore at the reserve price, starting October 1, including airwaves in the 4G and 3G bands. Besides 4G, analysts said Vodafone may buy 3G airwaves to plug coverage gaps.

Apart from the auctions, Vodafone, along with Bharti Airtel and Idea Cellular, is staring at a tariff war brought about by the launch of Jio’s 4G services earlier this month, offering free voice for life and data at about a fifth of the market rates. Vodafone India’s IPO may become a casualty of Jio’s launch and the consequent market disruption. “The company is evaluating if it should further push back its IPO as the market conditions are bleak for the next few months,” one of the people told ET. Vodafone, though, said its India unit’s IPO plans remain on track. “We continue to prepare for a potential IPO and there has been no change in our timetable,” Vodafone said in an emailed response to an ET query. It didn’t spell out a timeline for the IPO. Investors have already responded to Jio’s entry.