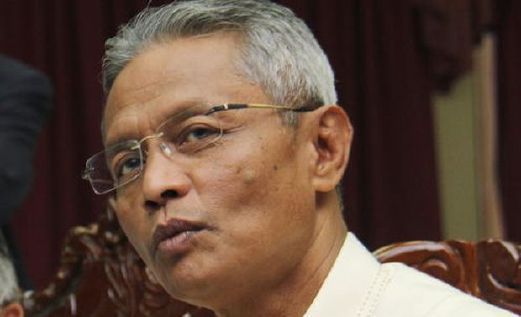 Malaysia is able to cushion the pressure of global economic downturn due to sustainable economic policy as evidenced from its gross economic product (GDP) which is set to grow between four and 4.5 percent this year. (Read full news)

He was commenting on social media claims that the country’s economy is in dire straits due to the weakening ringgit and commodity prices, as well as corruption. As the indicators of economic performance rely heavily on internal and external factors, as well as controlled and uncontrollable factors, he said Malaysia was not be spared from global volatility. “As our country depends on foreign trade, what happens in other countries also affect us, for example Brexit (the UK’s leaving the European Union),” he said.

Meanwhile, Othman, who is also Muda Agricultural Development Authority (Mada) chairman, said the agency is seeking an allocation of RM20 million from the federal government to upgrade its drainage system and basic infrastructure. He said the application would be submitted to the Ministry of Agriculture and Agro-based Industry and the Ministry of Finance to unclog the drainage system and upgrade farm roads, including that of the newly acquired 4,127 hectares land at its fringes.

“With the takeover of the land on Mada’s fringes, we hope to increase padi yield by one or two tonnes per hectare, so the allocation sought should be considered. “We were allocated of RM1.8 million this year to study the needs for an adequate drainage system and the findings will be submitted to the federal government,” he said.