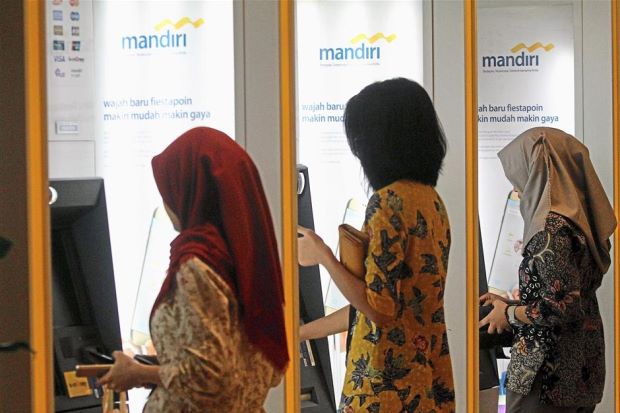 The move comes after financial authorities from Indonesia and Malaysia signed a bilateral agreement earlier this week, allowing greater access to lenders from both countries to fully operate in the respective jurisdictions.The Jakarta Post reported yesterday that Bank Mandiri would pay RM100mil (US$24.6mil) to Malaysia’s central bank as soon as possible and meet the capital requirement of RM300mil by the end of this year so that it could operate soon after the permit is issued by Bank Negara.

Bank Mandiri currently operates in Malaysia under the licence of remittance office. It has five remittance offices in the country that focus on revenue generated from Indonesians working here. Papers in Jakarta reported that the bank planned to immediately apply for a full licence in Malaysia, following the bilateral agreement. To recap, the Malaysian authorities had issued a commercial banking licence to five foreign banks, including Bank Mandiri, in 2009-2010 in line with the country’s liberalisation of the financial services sector. Apart form Bank Mandiri, the other recipients were Sumitomo Mitsui Banking Corp of Japan, National Bank of Abu Dhabi and BNP Paribas SA, France, and Mizuho Corporate Bank.

However, Bank Mandiri’s expansion into the Malaysian market had met with little success because the requirements for the full banking status set by Bank Negara were “too restrictive”, reports had indicated. It was previously quoted as saying that Bank Negara had not responded to its requests for a degree of leeway. Foreign banks, under Bank Negara’s funding guidelines, must have a minimum capital, unimpaired by losses, of RM300mil. Based on earlier Indonesian news reports, Bank Mandiri was adamant that the amount be lowered to RM100mil.

The reports also stated that Bank Mandiri was not too happy with the other conditions set by Bank Negara, which included the number of branches and automated teller machines allowed to be opened by foreign banks. A main complaint among Bank Mandiri and other Indonesian lenders wanting to open their branches in Malaysia is the “inequality of access” in the two markets. The Indonesian Government had been demanding Malaysia reciprocate the banking freedom its banks enjoy in Indonesia. Two Malaysian banks that had established a significant presence in Indonesia are CIMB Group Holdings Bhd and Malayan Banking Bhd (Maybank). CIMB Group owns 97.9% of PT Bank CIMB Niaga Tbk, which is Indonesia’s fifth-largest bank by assets. Maybank, meanwhile, operates in Indonesia via 80%-owned PT Bank Maybank Indonesia Tbk

Setting up the International Postman friend

India to have the biggest spectrum sale from September 29