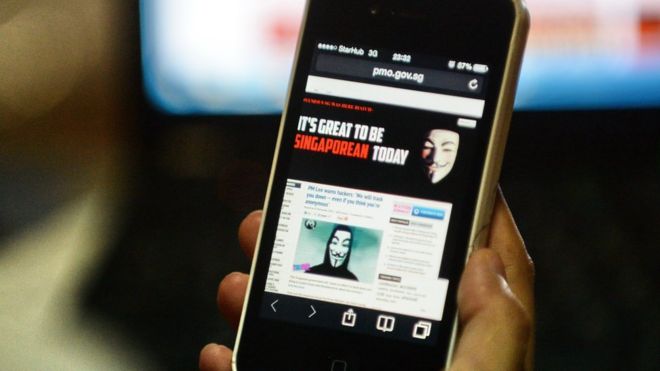 Public servants in Singapore will be blocked from accessing the internet on work computers from May next year. The moves aims to plug “potential leaks from work e-mails and shared documents amid heightened security threats,” the Straits Times newspaper said. Officials said employees across government would also be barred from forwarding any work-related information to personal emails. (BBC News)

Singaporeans have responded with shock and scepticism online. Some people thought the move contradicted Singapore’s much-promoted Smart Nation Technology Initiative. Others thought the suggestion that the measure could also apply to teachers, who do not deal with much sensitive information, was extreme.

The Straits Times said a memo was sent to all government agencies, ministries and statutory boards announcing the restrictions. The Infocomm Development Authority (IDA), the agency in charge of the change, said it would guard against cyber-attacks and create a “more secure working environment”, Channel News Asia reported.

An IDA spokesperson told the BBC: “The Singapore Government regularly reviews our IT security to make our IT network more secure. “We have started to separate internet access from the work stations of a selected group of public service officers, and will do so for the rest of the public service officers progressively over a one-year period.” It will eventually apply to all 100,000 public service computers.

Some Singaporeans on social media have speculated whether a specific security breach sparked the move. Officials would not say if this was the case.

Employees will still have email. They will also be able to access the web on their personal devices and there will be dedicated internet terminals. Local media had reported that employees would simply be able to forward work e-mails to private accounts, if they wanted to click on links. This caused many to point out that would actually increase the chances of an information leak, and encourage employees to do more work on their personal devices which are less secure. But the IDA spokesperson said this was not the case and that forwarding work emails would be prohibited. Public servants will, however, be allowed to forward non-work e-mails to their private accounts, the spokesperson clarified.

Singapore set to become No.2 offshore financial center by 2020