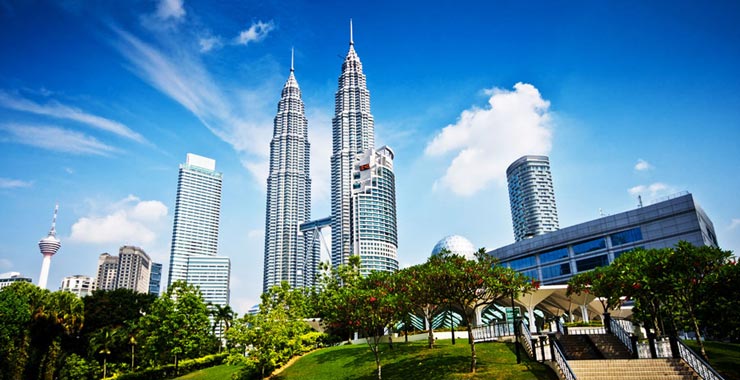 The massive 70 per cent decline in approved investments in Malaysia’s real estate sector last year is cause for worry, International Trade and Industries Minister Datuk Seri Ong Ka Chuan said. Ong, who was speaking after the Malaysian Investment Development Authority (MIDA) released its latest investment figures this afternoon, pointed out that real estate is tied to 200 other components, which meant the decline could adversely affect other industries. “There could be other factors causing this. But this is something that warrants further analysis,” he told reporters. “It is a concern, because the drop is substantial,” he said.

According to MIDA’s numbers, approved investments in real estate stood at only RM26.9 billion last year, a significant 70 per cent drop from the RM88.6 billion recorded in the corresponding period in 2014.

Among others, rising cost of living and the economic slowdown are said to be among the contributing factors. The plunge also weighed on Malaysia’s overall approved investments for 2015, which was recorded at RM186.7 billion, 21 per cent lower than the RM235.9 billion recorded the previous year. According to MIDA, however, the RM186.7 billion in total approved investments was still above the targeted annual average of RM148 billion.

Kuala Lumpur, the capital, continues to be the centre for Malaysia’s industrial and service sectors, hosting the bulk of office and industrial property in the country. Johor Bahru, at the border with Singapore is benefiting from cross-over demand particularly for ilower grade office space and manufacturing and logistics property. Kota Kinabalu has seen some significant growth in its tertiary sector in recent years, raising demand for office space. Growing urbanisation and tourist arrivals also boost demand for retail space, with several malls in the pipeline.

In the office market, the impact of slower GDP growth has been felt in 2015. Demand for office space has remained stable and the overall vacancy rate in Kuala Lumpur has risen. The market has seen a substantial increase in the new supply of space, and some 450,000sq m of new space will have been delivered to the market by the end of 2015, with more space scheduled for completion in 2016. The impact of this rise in availability is likely to be a further rise in the vacancy rate in 2016. Oversupply, in turn, means there is little chance of rental growth in 2016. The supply situation is less critical outside Kuala Lumpur. Cities such as Johor Bahru and Kota Kinabalu have seen little by way of new construction activity in 2015, and with demand remaining relatively stable, we expect rental values in both cities to remain unchanged in 2016.

Malaysia’s retail real estate sector is likely to face a more challenging environment in the short term due to a weaker economy in 2016 and the increase in tax on goods and services. However, the medium-to-long-term outlook is bright as consumers adjust to the new tax, and spending levels continue to be driven by a young, affluent and increasingly urban population. The retail landscape has changed significantly over the last decade and there are plenty of growth opportunities on the horizon. Strong international interest combined with a lack of high quality retail space is spurring new development, with several projects currently under development.

In the industrial market, 2015 saw a slowdown in occupier demand, in part a reflection of weaker trade. There has been little new supply and the market is suffering from a lack of premium quality space. That said, the outlook for trade and production is set to improve and we expect higher levels of occupier demand from 2016 onwards. Growth opportunities should continue to exist in light of increasing inward investment from Singapore, particularly in the Isakandar special economic corridor around the city of Johor Bahru.

Although the scope for rental growth in the commercial property sector in 2016 is limited, stable yields combined with a more positive medium-term outlook for the sector in general should continue to attract investors. New developments in Kuala Lumpur will provide fresh investment grade stock, while in markets such as Kota Kinabalu the growth of services, urbanisation and tourism should create good investment opportunities in the office and industrial sectors. (Extract from BMI Research Report)