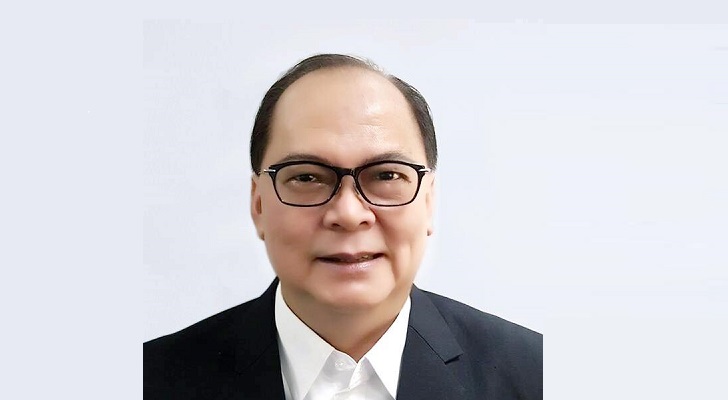 Ramon Dimacali is a graduate of the University of the Philippines, where he earned his BS Civil Engineering Degree and his Masters in Business Administration. Influenced by his father in the  military, he earned his early leadership stripes by graduating as UP ROTC’s Corps Commander Ramon is a product of public school education where he was given a lot of opportunity to mentor people all throughout his career journey. As he hold different executive positions abroad with IBM, moving from one country to another, he came back to the Philippines as  President of IBM and helped jumpstart Asia Pacific College (APC), which started in the 3-storey building of  Karilagan Finishing School.

A joint venture of the leading I.T corporation and number one retail giant in the country, Ramon recalls, back in 1991, how Asia Pacific College was born through the efforts of IBM and SM Foundation. He describes visionary Henry Sy, founder of SM Foundation and “forever benefactor” of the school, as the man behind the mission of helping the poor in their right to education. Initially, they wanted a computer training institution that would produce high-caliber and industry-ready graduates who will take the world by storm. The goal was simple: to help APC graduates be more qualified in having a job, who in turn will help move the country forward in the long run.

Spearheading an academe and as CEO of FPG Insurance and the Insurance Institute for Asia and the Pacific, Ramon starts his day with technology. “I check my Facebook. That’s the first thing I do.” Being a people person, he finds joy when he’s connected to the world through his blogs and social media accounts. According to him, the best thing about it is celebrating those special moments, sharing news, experience and valued personal insights about this changing world.

Here are some more insights from the man in action!

Do you recall your early days?

Going back to the time when the web hasn’t existed yet, I remember growing up in “a very disciplined house” in the province with five brothers. We were tasked to do chores and I was assigned with marketing, which molded me into the man that I am today.  My mom trusted me with the money; I went to the market to buy goods and learned how to bargain,  talk to people, and  meet new friends. I give credit to my mother for instilling discipline while my father, a neuro psychiatrist officer in the army, taught me the value of education in  navigating to one’s future.

Who are the Key people at APC?
Behind APC are three names that are prominently on top of the list: Dr. Paulino Y. Tan, APC President, leads the fulfillment of the mission of the college; Tata Medado, Managing Director, manages the operations of APC and focuses on key initiatives like the valuable industry-academe partnerships and  myself.

Tell us more about APC and its initiatives

In 1994, the school accepted students to in its first two college programs: the BS Computer Information Science (BCIS) and BS Commerce Major in Computer Information Systems Management (BSC-CISM).  In 1998, APC was able to produce its first batch of college graduates. The school sprung from an I.T.-based training center into an academic institution that delved into the other areas in the industry. It was in 2001 when the School of Engineering was established, followed by the School of Multimedia Arts and the School of Accountancy in 2003. The APC Center also conducted Masters’ courses onsite for groups students  from leading companies. Adding a new title under its belt, APC has officially established Senior High School, following the K-12 program, this year. As the first  to implement this education reform in 2012, the college, with its revised industry-based curriculum, pioneered an internship program for Grade 12 students. Recently, the college was honored by the Information Technology and Business Process Association of the Philippines (IBPAP) with the Crystal Flare for Sparkler Award, in recognition to its support in the ICT industry.

With its battle cry, “Real projects. Real learning.”, Asia Pacific College, now on its silver year of triumphantly conquering what has challenged most educational institutions, with its administrators, faculty and staff, and industry partners, continue to explore possibilities as to how their graduates will face the real world.

What is your philosophy when it comes to managing the affairs in APC?

We focus a lot on partnering with companies who are willing  and keen to collaboratively achieve our goals. My concept of industry collaboration comes with the idea that if people get together with the help of technology, they will create rapid change and build momentum to go further. We believe that in order to be a leader, you must build collaborative networks. The partnerships charts the future of our graduates; companies hire them  because of the APC brand. We always want our graduates to be relevant to the needs of the  job markets. This concept worked very well.

Do you face any challenges? How do you deal with them?

With the many challenges that come with building an institution that will help in developing the youth, we want to instill in the minds of the people that a career in technology is recommended, if not a must. One cannot converse about technology during a date. That’d be your last date. But true enough, technology is a topic not set for casual talk; it’s for those who are really interested with it. This is what we want to  push; more so now that people are connected with social media. There are the challenges. But I think, what saves the day is becoming partners with companies who are looking for  people who are interested in connections.

What are your plans for enhancing the institutions’ standing?

The goal is to transform the K to 12 program, which is important in order to gear up the high school students who are unemployed; a big discovery we had since APC is efficient in delivering college education with all the degrees that come along with it.  Combined with the enhanced job-relevant tracks, we added the Microsoft Certification as APC is accredited as a Microsoft Academy.” We envision APC as the recognized center of I.T and would like to inculcate innovative tech solutions where everything can change in the blink of an eye. We also want to help our sister schools with our K to 12 program, put up a mobile learning center supported by new technologies from IBM and Microsoft and deliver that package in remote areas.

Despite going back to the basics APC’s chairman will always know how to maneuver the school like the back of his hand. For him, it’s going beyond what education has to offer; and that’s to embrace the disruptive changes that come with technology and life-long learning. 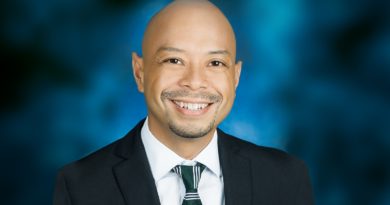 Driving Unity, Equity & Learning for Children of all abilities 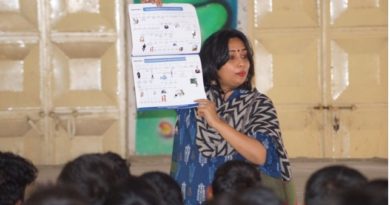 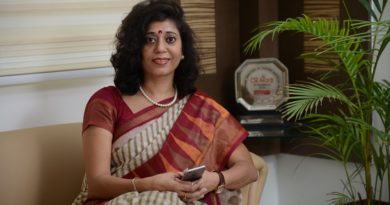 A seasoned Academician with an Entrepreneurial Spirit