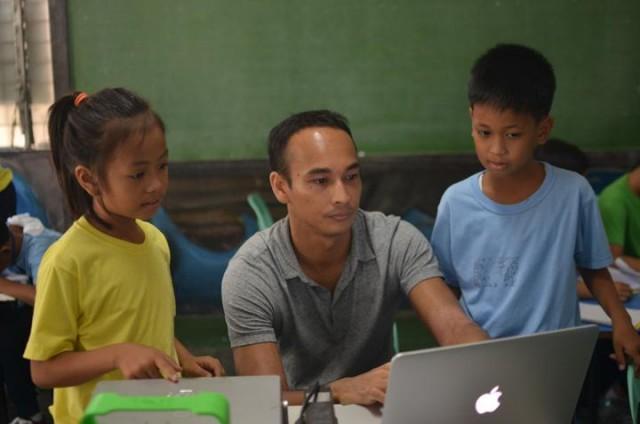 Passionate about addressing climate change through alternative energy sources, James Centenera originally started his career as an Engineer. His stint included travelling around Australia building wind farms. The inflection point came after a trip to Nepal to teach kids, where he became extremely excited about education and the potential it had, for helping solve issues such as poverty in the developing world.

He then pivoted from engineering and became a management consultant, and was able to get a break and work on an education project in Pakistan, learning from leading global experts. “Since then I’ve been fortunate enough to be able to spend every working day focused on solving problems in the education system”, he says.

After volunteering as a teacher in Nepal and working with McKinsey, James joined the world’s leading education company, Pearson. He helped spread innovative education ventures throughout the developing world. One of his projects was to establish and lead operations at APEC Schools, a chain of affordable private high schools supported by Ayala and Pearson.

James currently leads The Ultimate Learning Accelerator (TULA), a chain of innovative after-school learning centres that he co-founded in the Philippines in 2015. TULA’s focus is preparing children for a successful future by developing their academic knowledge, character, attitude, and 21st century skills.

Team ABT reached out to James to know more about his interesting journey as an educationist and insights from his experiences, captured in the interview below.

Tell us who inspires you the most and why?
I am really inspired by great parents and how they make incredible sacrifices for their kids without any reward. Many of them have missed out on opportunities for themselves, but work tirelessly and completely selflessly to make sure their kids have a much better future than they do.

What led you to take up a career in Education & Learning?
Whilst working in Nepal as a volunteer teacher, I realised more than ever that all those kids could do great things and had the right character traits and attitudes, even better than me. But they also needed a quality education to advance their skills and unlock career opportunities. Education is not a silver bullet, but it is an absolute necessity for success and greater impact in the 21st century.

What is The Ultimate Learning Accelerator (TULA) all about?
21st century industries and societies require people with more than just academic grades. They require people that can think critically, work well with others, adapt to unexpected situations, work hard, stay resilient when encountering failure, practice curiosity, and a lot more. And unfortunately schools still have a heavy focus on academics. TULA is here to supplement schools and make sure kids are prepare with everything they need to succeed in the future and live meaningful lives.

What are the key decisions that you make in your current role?
I lead the team that develops and implements TULA strategy, including our learning model and business model. I spend most of my time deciding understanding how learning works and the market, and adjusting our model to suit the learners and attract parents. This also means developing the team and motivating them to do great things.

Tell us about some of the challenges & your experience in education in developing countries
One of our biggest challenges that we face is that many parents went to school and it didn’t necessarily help improve their situation significantly. Therefore convincing them that their kids can do anything and achieve their dreams is difficult. In addition, many parents tend to be slightly fixed minded at times and don’t necessarily believe that all of their kids could learn to do anything and be anyone they want.

Could you recall any proud milestone? Tell us more.
I’m always thrilled whenever our learners achieve great things. I regularly hear about our learners being the top students in their schools or just being much braver and proactive at home. Every story makes me proud of our team and how they’ve helped.

If you were to do/change one thing, what would that be?
I wish I could catch parents earlier in their life and develop both their ambition and growth mindset towards their kids. In addition, I wish that we could completely rethink how schools worked so that TULA wouldn’t even be needed.

How do you see social media explosion and the inroads it has made in our daily lives,especially among Students?
For certain socio-economic segments, social media has definitely had an impact. You could say it has brought us closer together by allowing us to keep in touch despite being physically far away from others. That said, you could also argue the most problematic elements of growing up have been made worse, such as bullying and peer pressure with likes and shares. This is quite worrying and a greater sense of independence, confidence, and resilience needs to be developed in children to deal with this.

Where do you see yourself 3 years from now?
I see myself still deep in the trenches working out how to improve the education system. This is a critical problem facing the future of humanity and impacting every other sector, but this is not a problem that will solve itself and we are just starting the transformation now.