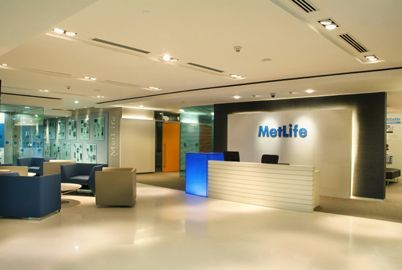 US insurer Metlife Inc plans to exit its India insurance venture to concentrate on its home market where challenges are mounting. The Indian venture has grown significantly in the past few years after Punjab National Bank became a 30% stakeholder in 2013. But the US company is among the few overseas investors that didn’t take advantage of the rise in the limit on foreign holding in insurance to 49% from 26%, a shift that has sparked consolidation in the industry. (Economic Times)

PNB Metlife is valued at about Rs 6,500 crore, (US$ 1 Bllion) said two people aware of the development, with an embedded value of Rs 2,100 crore (US$320M)  “Metlife is planning to sell its (26%) stake in the Indian life insurance venture,” said one of them. “Discussions have begun with global investment banks. Metlife is looking to globally restructure its businesses.” AMetlife Inc spokesperson said, “As a matter of policy, we do not comment on market speculation. India is a high potential market and we are pleased to see how it is developing.”

It’s not clear whether other investors will look to exit. They include the M Pallonji group, which has a 17.15% stake, Elpro International (12.75%), IGE (8%) and J&K Bank (5.08%). Chintalapati Holdings exited in 2013 by selling its stake to PNB, which has a lock­-in of five years or till a premium income of Rs 5,500 crore is generated, whichever is earlier. PNB has so far generated about Rs 1,600 crore of premium income.

“Metlife’s senior management visited India recently and they have decided to exit this market owing to the poor performance of the JV,” said the second person. “They have hired an investment bank and are reassessing the market.” Metlife’s India unit had share capital of Rs 2,128 crore (US$ 330M) at the end of March. Embedded value is equivalent to the share capital, which is half of what is required for a possible listing, said one of the persons cited above, thus ruling out that avenue.

After the entry of PNB, the company’s market share rose to 4% from 1.5%. The company is present in 7,000 locations, including PNB branches. It is the second largest public sector­promoted life insurance after State Bank of India­ led SBI Life. Bank ­led insurance companies have been performing better than others due to lower cost of distribution. The rise in the cap on overseas investment has sparked consolidation in the insurance industry, which faces challenges in slowing growth and regulatory intervention. HDFC Life and Max Life are in the process of merging, while the largest private sector life insurance company ICICI Prudential Life listed its shares in September.

Shareholders have been reassessing strategies due to low margins. New business margins for Indian insurers are at 8­17% compared with 15­50% for regional peers, a Credit Suisse report has said. Sales of unit-linked insurance plans have revived with the uptick in the stock markets.

Malaysian PM to visit China as ASEAN ties warm up