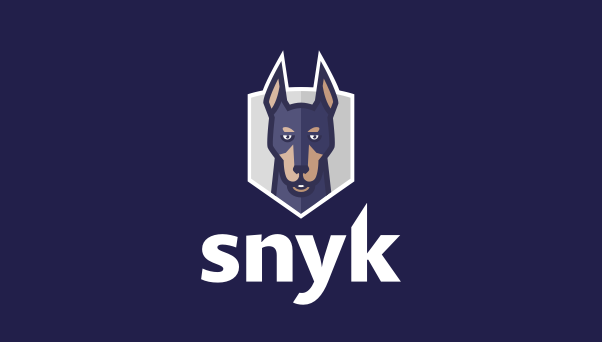 SINGAPORE, March 12, 2021 – Snyk, the leader in cloud native application security, has announced that the company has closed a Series E financing, totaling $300 million. The transaction included both primary and secondary offerings and resulted in $175 million of new capital into the business. The company has now raised a total of $470 million to date with a valuation of $4.7 billion post this round, quadrupling since the beginning of 2020.

This investment allows Snyk to serve the fast growing global demand for the company’s Cloud Native Application Security Platform which is the only developer-first solution to provide security visibility and remediation for every critical component of modern applications, including the application code, open source libraries, container infrastructure and infrastructure as code.

“Our relentless focus on the experience of the 2.2 million developers building applications of all kinds securely with Snyk has resulted in our success to date, and we believe there is an exponential, generational opportunity still in front of us,” said Peter McKay, CEO, Snyk. “This latest investment allows us to accelerate our growth at every level – doubling down on our successful product led growth strategy, adding to our customer roster, recruiting talent to our team worldwide and expanding geographically.”

“We first met the Snyk team at the start of their journey, as early investors,” said Ping Li, Partner, Accel. “Throughout our partnership, we’ve witnessed first-hand Snyk’s unshakeable dedication to developer and security teams and their original vision become a reality. We’re looking forward to supporting the successes of Snyk in 2021 and beyond.”

With an estimated 27 million software developers worldwide today, this number is expected to grow by 75% in the upcoming decade. Snyk has long invested in advancing other developer-first companies to embed security into its diverse developer tooling ecosystem, ultimately introducing them to a new way of working that brings about greater security measures without greater friction or frustration.

“We believe Snyk’s developer-first approach to security is a fantastic tool for developers and organizations today,” said Chris Hecht, Head of Corporate Development, Atlassian. “Snyk has already showcased some amazing integrations with our tools, and we’re now thrilled to extend our partnership with them through an Atlassian Ventures investment.”

“Salesforce Ventures was an early investor in Snyk and we’re excited to grow our partnership even further, particularly as Snyk is deployed across various development teams at Salesforce,” said Alex Kayyal, Partner, Salesforce Ventures International. “As transformation accelerates in this digital-first world, Snyk’s vision to enable companies to embrace security earlier in the development cycle continues to resonate deeply.”

To help Snyk execute on its next phase of growth, Snyk has bolstered its leadership team with the addition of Chief Marketing and Customer Experience Officer, Jeff Yoshimura, Chief Information Officer, Erica Geil and Vice President, APJ Sales, Shaun McLagan.

Yoshimura brings 25 years of experience leading teams at Elastic (NYSE), Zuora (NYSE) and Salesforce (NYSE). Geil joins from Groupon (NYSE) where she spent more than ten years in engineering, IT and operations roles, most recently serving as Vice President of Global Engineering and Operations.

McLagan will spearhead Snyk’s expansion and growth in APJ and build out Snyk’s go-to-market teams in Australia, India, Japan, Korea, New Zealand and Singapore. Based in Singapore, McLagan brings more than 25 years of security and APJ leadership experience having previously worked at Dell EMC, RSA and Veeam Software.

Snyk is also welcoming two new members, Michael Scarpelli and Ping Li, to its Board of Directors.

Scarpelli currently serves as the Chief Financial Officer at Snowflake, previously serving as CFO at ServiceNow from 2011 to 2019. His experience at innovative high-growth public companies will be invaluable to Snyk during its next phase of growth.

Li has been with Accel since 2004, developing an investment focus on cloud native technology platforms. He’s been responsible for numerous past investments with notable exits, including Cloudera (NYSE), Demisto (acquired by Palo Alto Networks), Heptio (acquired by VMware), Sumo Logic (NASDAQ) and Tenable (NASDAQ).