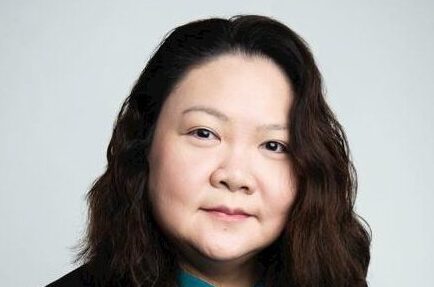 SINGAPORE – When her husband wanted to cash in some shares in 2006, Chuin Ting Weber who was on a sabbatical then decided to study investing formally. She had been working with Singapore’s Ministry of Defence before. However, this decision led to a whole new career path. Today, she is the CEO and chief investment officer at finance advisory firm MoneyOwl.

Growing up in a middle-income family with both her parents being Chinese teachers, managing money wasn’t an important topic in the academically gifted household in Toa Payoh. She still asserts that while there is nothing good about poverty, riches could not buy the blessings of love, family or knowledge. At that time, though, all she was working towards was winning a scholarship to study at a top university overseas. Weber talks to AsiaBizToday about the way studying abroad and taking risks helped her in life.

“As a young girl, I didn’t have any specific ambition. My older sister had been studying at a top university overseas and it was something only very bright students could achieve with scholarships,” says Chuin Ting Weber However, when it came to choosing the subjects to study, she had two simple criteria – she had to like it and be good at it!

Keeping her love to learn about the human condition and human spirit, she chose the humanities programme at Hwa Chong, studying a combination of history, economics, English literature and mathematics. (Though studying science at the junior college level was the in thing then, with engineering and medicine looked upon as the fields to study for bagging a well paying job.) This was followed by taking history lessons at Oxford under a Ministry of Defence civilian scholarship.

Ask her if the three years spent in the UK changed her perspective or world view, she says, “It changed my life!” She’s referring to the fact she met her husband, a German who was living in the UK at the time, at the University. “My three years in the UK were among the happiest in my life. I learned so much and had so much fun. Because I did not only hang out with other Singaporeans, I had the opportunity to learn how to make friends with fellow students who were English, Scottish, Welsh and other Europeans,” she added.

Elaborating on the lessons from this overseas stint, Weber says she  learned how to hold her own and be comfortable in her own skin. “I was one of three “girls” in my college’s history year, versus 12 “boys”. Furthermore, I was the only Asian,” she said. Though she didn’t exactly fit in with the group, she had to put herself out there to make friends. Besides, the teachers first thought of her as the diffident Asian girl. She won them over as well with her debating skills, putting in well researched essays and her confidence.

Once out of college, Weber’s first job was in the defence ministry of Singapore, covering defence relations with a range of countries, as well as United Nations and international strategic matters such as disarmament and nuclear proliferation.

“It had nothing to do with what I had studied at university, in terms of content. Yet, the generalist skills that I had honed through my humanities studies, including critical thinking, analysing information, articulating arguments cogently, communicating through writing and managing stress and tight timelines, stood me in good stead. Even today, they constitute core competencies for my work at MoneyOwl,” she says.

The workplace had a predominantly male workforce. “However, I did not experience gender discrimination as such,” she recalls. The one disadvantage she felt there was due to her age though. “Being young meant I had to work doubly hard and be twice as good, to earn the respect commensurate with positional authority,” informs Weber.

Feeling burnt out after nine years at the job, she decided to take a break. At this point, her husband had also quit his previous job from where he had earned some management shares. “In wondering what to do with these shares, I started to learn about investing. Besides learning from others, I decided to study for the Chartered Financial Analyst (CFA) exam. At my Level 1 exam, I ran into a former MINDEF colleague who had just joined a fund management house that was looking to expand their investment team,” recalls Weber. After this chance meeting, she followed up about the new opening and her career in finance begun.

Far from being an easy jump, she started facing a whole lot of teething problems. “Even though I had the book knowledge from doing CFA Level 1, in my first month or so, I hardly understood a fraction of what was being discussed at the investment team meetings every morning,” she remembers. The other difficulty was starting at the junior level as over again in a new industry.

At such a time, Weber feels blessed to have been surrounded by colleagues who would help and even mentor her. “They were male, by the way, and happened to sit next to me. Maybe they were a little curious about this young scholar-type woman who had many questions about the markets” she says. Although old school, and brusque at times, these senior colleagues taught her the basics of the field.

The second challenge was being thrown into the epicentre of the Global Financial Crisis, as a global banks credit analyst. It offered her the rare chance to see a banking crisis from close quarters; to understand economics, market volatility, correlations across assets, and how decades of experience and hard work can count for naught. “I also felt the pain of the impact on clients and the fear that all our jobs would be wiped out, before emerging from it a survivor, stronger but also humbled,” she recalls.

She didn’t just survive, but thrive and excel at her job. And the next inning of her career, the role of a CEO has been even more spectacular. Does she look at it as a rare feat? “I have definitely seen more women in senior management across Singapore companies and in the top echelons of the civil service. However, more often than not, the very top jobs still seem to be occupied by men,” she says. She also points out that the social enterprises under the NTUC Enterprise (one of them being MoneyOwl) as an outlier with three female CEOs.

The reason for this, she believes, is a combination of mindsets, personal choices and societal factors, all of which are intertwined and also in flux.  Speaking for myself, that is definitely true, and it is something I have to change intentionally. She reasons that most often, mothers seem to leave the corporate life for kids rather than fathers. “Women are still looked at as having the primary responsibility for kids and home whether or not they have a job,” she adds.

It is important for both women and men to have a balanced and holistic life, she advises while confessing to not be very good at this balancing. However, she has started to take more rest and spend more time with her kid lately. “I try not to base my self-worth on my work, or on anything extraneous, for that matter. Each of us is more than just our role at work and at home. Work and family are not just responsibilities, but also things to be enjoyed, says Weber when asked about her life outside of work.

She says just like sometimes we need the discipline to do what we don’t like to do, we also need to just pause, breathe, and enjoy the moment sometimes. “It is okay not to be perfect. It is okay to slow down, and it is even okay to occasionally not meet someone’s expectations,” she adds.

It is important, Weber says, to set some boundaries between work and home. Giving examples from her own life, she speaks about how she doesn’t check emails on Sundays, starts to wind down for bed earlier rather than later, and does not check her phone first thing in the morning. “I don’t think I am there yet, but I am definitely on the way to achieving better balance on the basis of being more compassionate to self and being intentional about it,” she says.

When not working at keeping this balance, Weber is busy building a bionic financial advisor. Ask her for details, and she gets excited while explaining, “For MoneyOwl, bionic means having the best of human ability and technology. We are really advisers first, and fintech second. We operate as humans augmented by technology, and not the other way round.”

Technology is used by the firm to bring precision, consistency and integrity to the system of joining the dots between different data points. “Our advisers talk through a financial plan with the client in the light of their life goals, not just financial goals. How do you make a trade-off between sending a child overseas for university versus retiring at 60? Should you buy that critical illness insurance or save that extra money towards your first home?,” tells the proud CEO about her company’s USP.

She asks whether you would trust a robot of a person while needing reassurance about an upswing when the market is down. “Like financial doctors, advisers may sometimes cure, mostly we relieve, but always comfort. This personal touch can only be accomplished by humans,” stresses Weber.

She also believes that while one follows their heart, it is equally important to put one’s hands to hard work and discipline. “Without this, passion and talent are of no use. When you have done your best, no matter what the outcome, hold your head high and be proud of yourself,” she says as a conclusion.