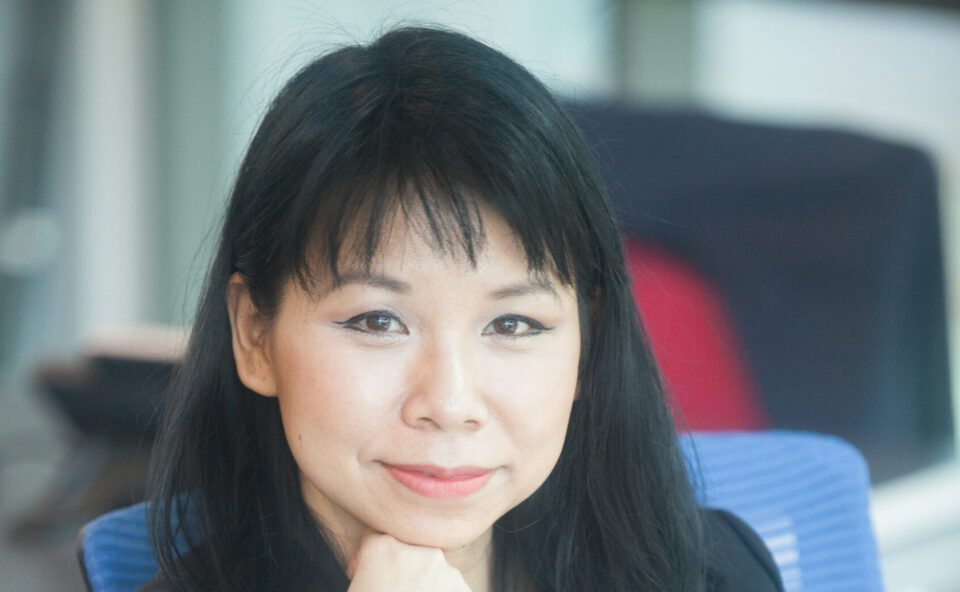 KUALA LUMPUR, January 2021 – Though she wanted to take up a skilled profession like an accountant or a lawyer, the direction of Wai Hun See’s life changed completely when her father enrolled in an IT course without telling her. It was the future, he told her. These were prophetic words for the Malaysian entrepreneur who not only enjoyed a successful stint in the corporate world but also became a business owner – all due to her love of technology.

After taking a fairly traditional route as an IT consultant post her graduation, Wai Hun See started her first venture at the height of the Asian Financial Crisis. Making a niche for herself in the fintech industry, she cofounded JurisTech in 2003, which recently acquired another Malaysian fintech firm iMoney. Calling her entry into the world of entrepreneurship as a series of unplanned but fortunate incidents, Wai Hun talks with AsiaBizToday about her serendipitous journey thus far.

Quiz her about her childhood ambitions and she shares that they sprung from the fact that “being a professional seemed to be sexy and lucrative”. This understanding was based on seeing her fellow students who parents were in those professions arrive to school in luxury cars. She even took up a course in accounting to fulfill this ambition. However, she dropped out soon after realising she didn’t like it.

Course that changed her life

It was then that Wai Hun’s wise father enrolled her in an IT course. Though she wasn’t very sure at first, she borrowed a programming book from a friend before the course began. And that was the beginning of her torrid affair with technology. “I completed the entire book and the exercises before I even stepped foot in college. I remember the lecturer thinking that I was a genius when he gave us the first programming exercise and I could do it well,” she chuckled while remembering the college days.

This reputation of being a genius followed her outside of college, too. Even before graduating, she applied for the role of an IT consultant at Ernst & Young (EY). Wai Hun was told she was the best applicant for the position. “I didn’t accept the job right away. I did play hard to get and asked for a price tag beyond what they could offer me as a fresh graduate,” she says. She still ended up getting the job at a much better remuneration than offered before, making her feel proud of her newly discovered negotiation skills.

Going down the memory lane, Wai Hun remembers her first venture cofounded in 1997. “Many Asian economies were plunged into deep financial recession. However, the crisis presented us with an opportunity to be a game changer in the way banks recover debts,” she informs. To help banks address this need, her company created a system for banks to reach out to any lawyer and automated the workflows between them through an online peer-to-peer network.

Another such opportunity within an adversity presented itself last year when JurisTech acquired iMoney, an aggregator that helps consumers male their financial decisions in an earlier way. Explaining the benefit of the acquisition, Wai Hun says, “This now gave us the opportunity again to be a game changer in the industry, from being a fintech B2B provider to financial institutions to also becoming a fintech B2C platform serving everyday consumers.”

She also says that their work becomes much more relevant in the current economic situation spurred by the global pandemic. “The need for credit is even greater as funding becomes an essential criterion for surviving the challenging economic climate brought on by COVID-19. As such, financial institutions need to provide credit not only to those who are doing well but to those who have potential to grow and overcome their current financial obstacles,” she points out.

Even as she spews off financial and technical jargon while talking about her business, one wonders whether her gender accorded her any disadvantage. She says it has been quite the contrary. “As most of our clients are male, I have had the opportunity to glimpse that most men are gentlemen at heart who would accord kindness to a woman when we engage in conflict. One truth that I have learnt in my years as a female in fintech is this: When we give respect to others, whether male or female, they would accord the same respect to us,” says Wai Hun summing up her experiences.

Having more women at the workplace is also good for their natural intuitions, says the business leader. “Case in point, many innovations from our company were driven by intuition and then validated by research and the market,” she explains. However, she insists that the modern workplace should be based on merit, regardless of gender, which will automatically give more women the chance to climb the corporate ladder.

She believes that  there’s growth in diversity. No wonder then that iMoney has 54% female employees while JurisTech has 32%.  “To improve our gender diversity, we have female-friendly workplace policies. Like early hours for women and the option to work from home,” informs Wai Hun.

Being a mother herself, she understood the challenges of raising a family as a working woman. She also realised that many women around her would opt to sacrifice their careers to take care of young children because workplace policies did not consider the role of a woman as a mother. This is what led to designing the policies in her organisation that would encourage mothers to continue in and thrive at the workplace.

While she seems to be an embodiment of confidence, Wai Hun had once considered giving up the business she worked so hard to establish. She was going through some personal crisis at the time, and in came a competitor who was aggressively taking away all the clients JurisTech had amassed over the years.

“The cash flow within the company stopped. We paid for staff salaries but did not pay ourselves. I almost gave up the business,” she says remembering the tough times. During this challenging time, her faith kept her going. She also convinced her partner’s that if they persevered, they would also have a breakthrough. Shortly after that, we landed one of our largest clients that took us to profitability and growth within a short time.

She often tells this story to young people at the edge of their career thresholds. “If all you want is a successful career, you could also do that by climbing up the corporate ladder, becoming a jet-setting executive. Being an entrepreneur means that you are entrusted with much more than your own ambitions. There’s many sacrifices involved,” she warns them.

Elaborating on these sacrifices, she speaks of friends who have left jobs when things got difficult, and relatives who have moved to other countries for adventures. She, however, was responsible for the livelihoods of her employees, the commitment towards her clients and much more keeping her in the same place and company. “If you are ready to take on this responsibility, to make sacrifices including the privilege of having a work-life balance and to stay the course even when the going gets tough, I would say go for it,” says See Wai Hun to those harbouring entrepreneurial dreams.