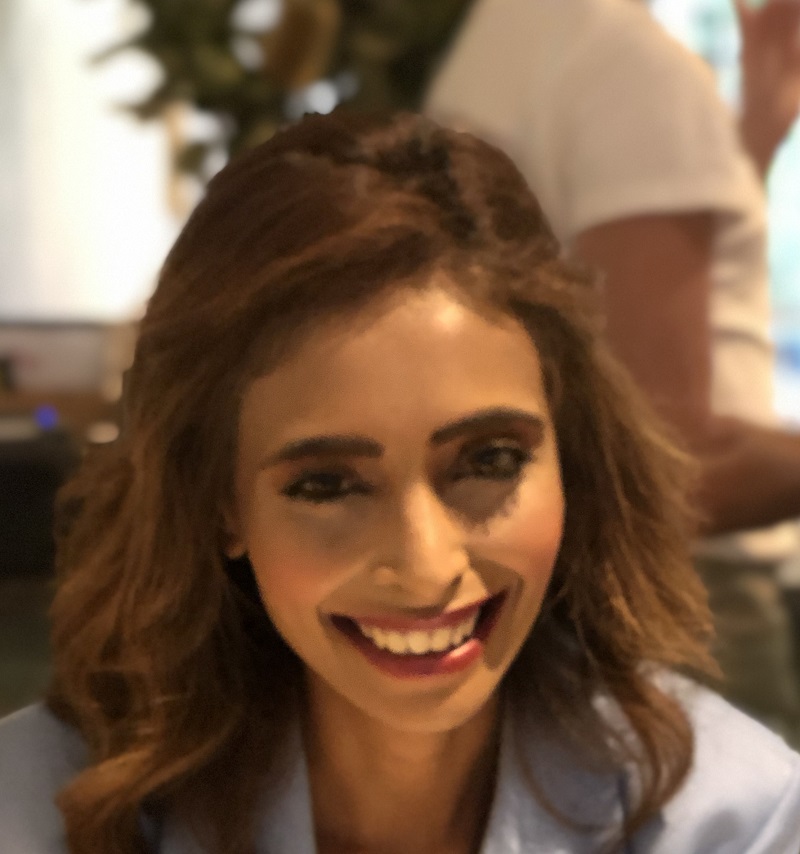 SYDNEY – A data scientist specialising in AI/ML and MLOps, passionate about all forms data storytelling and the operationalisation of human computer interaction. Her current role is being the Solutions Architect at GitLab, and in this role she is focused on making tech work for customers and solving problems at the intersection of AI, machine learning and DevOps.

Having been immersed in the world of data science since 2014, in various roles for Microsoft, eBay, Quantium and Deloitte, her inclination towards data science is rooted in her first love for mathematical storytelling.

Sydney-based Monmayuri Ray, Solutions Architect at GitLab studied an unusual combination of applied maths, engineering and studio art in the U.S. and Hong Kong. She holds a Bachelor of Applied Mathematics/ Engineering (Mechanical) & Studio Art from Illinois Institute of Technology, Chicago and a Masters of Philosophy (Biomedical Engineering) from Hong Kong Polytechnic University.

In this conversation with AsiaBizToday, she bares her mind on why more women are needed in STEM, having diversity at the workplace and overcoming set biases.

On being passionate about and planning her career

I didn’t set out choosing a career path in tech. I wanted a people-focused career, one which would allow me to combine my love for both mathematics and art. Tech was just the medium. I was drawn to technology and how things worked as a child. I grew up in a very academic and curious household, and I was interested in building and fixing things, specifically wooden boats as I spent a lot of time in the water. I chose mechanical engineering because I wanted to improve wooden boats, to make them faster, more sustainable and cheaper.

Going into technology has been a blessing and I am very fortunate to have been able to combine both my analytical and creative sides to solve real-world problems. A most notable project when I could deploy all these diverse strengths was building robotic arms for smart prosthetics at the  Northwestern University Prosthetics-Orthotics Centre, Chicago. Harnessing the capability to solve things that we couldn’t before through the lens of AI, making tech work for people through new innovation is what I love most about my job.

I grew up in India, where the male-dominant culture persists from a societal perspective. However, in my family, it was a different scenario and I could see women in my family perform and resolve on equal footing with the men, if not more. My mum was great at multi-tasking and making incisive, swift decisions to solve the little problems that get thrown her way raising five children. Watching that growing up was a key differentiator for me.

At university, the fields that I chose – math, mechanical engineering– were indeed dominated by males and it was difficult not to stick out, to look and be perceived differently. My approach was to look at that difference as a positive, to consider that my strengths, along with any preconceptions or biases around me can co-exist.

I recall on a particular project that involved building a piece of machinery where I had to work with a team of male students, I was immediately sidelined from the heavy lifting involved. However, I chose not to view that as a slight. I was able to contribute to the aesthetics of the project and a positive outcome for the team. Similarly, when I joined the workforce, I didn’t experience the feeling that I had to fight harder, even though I’m frequently the only woman on the team. It’s about finding ways to complement one another to see through the end common goal.

Apprehensions of women while choosing a career in STEM

I believe that careers are not based on gender, and we are at such an exciting time in STEM when we’ve gone way past the archaic institution that women aren’t allowed careers in STEM.

In fact, it almost feels that we have gone the other direction, with diversity metrics now being scrutinised with every hire. Whoever is in or approaching a STEM career now should recognise there is every opportunity for equality, and there is a greater likelihood of a supportive journey ahead. Embrace it, study and work in whatever or however way you want!

Key challenges faced by women at the workplace

More needs to be done around parental leave policies that promote the widespread discrimination of women. Women at the workplaces are often planning careers around outdated policies, especially those that relate to eligibility of maternity leave, prospects of career progress when someone’s taken maternity leave. Women continue to go through biological transformation as they juggle careers and other aspects of life, and workplace policies that do not support that are contributing to their under-participation or withdrawal from the workforce.

Unfortunately, yes, I have experienced a number of incidents personally.

I was called an “alpha female” once by a male colleague, which at the time, did not strike me as negative or derogatory. However, upon understanding the context further, it was not only an incorrect judgement but also incredibly sexist.

Another situation I found myself in was being asked to disclose sensitive details about activities outside work, simply because I happened to enjoy modelling and ballet dancing. I questioned it from a HR and legal angle and the manager in question was apprehended.

If it feels even slightly wrong, it should be challenged.

Having a commitment to gender diversity

At GitLab, the phrase “Diversity, Inclusion & Belonging” (or DIB) refers to the terminology for the initiative to create a diverse workforce and an environment where everyone can be their full selves.

The term Belonging refers to when you feel your insights and contributions are valued. It goes back to team members feeling they can bring their full selves to work. It’s not enough to simply include people to have a “seat at the table”, but it’s important to amplify everyone’s voices, remove barriers and appreciate each other for their unique backgrounds. Embracing inclusion most times leads to more of a feeling of a sense of belonging. Team members become more engaged and are invested in the work they are doing, because they are able to see themselves in the work being accomplished with the company overall.

The approach will help us not only in creating better AI models but fundamentally change the way we interact with computers, to make human interaction and society more efficient and ultimately enable a digitised ecosystem to solve critical problems and barriers to our evolution.

Role of men at the workplace in achieving gender equality

Every one of us has a role in achieving equality. Equality itself is an interesting question and requires humans to learn to de-bias how we live, learn and work. Fundamental to equality is how do men de-bias how they perceive women and similarly, how do women approach their biases in how they perceive men?

Professor Kahneman in his book “Thinking, Fast and Slow” really solidifies the argument of how the human brain is biased and decision-making, in turn, is a highly biased process where the mind is controlled to see weighted information.

My request to the next generation of both men and women would be to “think fast and slow” and in that process, de-bias through genuine data points and metrics in order to create a fair and equitable workplace.

Learning through living a pandemic year

I believe that we have coped tremendously as a human race last year. For me personally, it has been heartening to see women finding what’s already natural to them to cope, whether it’s putting their natural multi-tasking skills on overdrive, relying on their maternal instincts to survive and the ability to be creative and continue thriving. An important observation for me has been to keep going at what’s true to you. Regardless of your background, your natural skills, inclination and experience will help you become the best version of yourself, and in turn, that will help develop a more diverse and sustainable workforce for the future.

The journey to a more diverse and equitable workplace takes time, and fortunately, we are on our way. There is plenty of valid discussion about gender diversity but I am interested in the acceptance of diversity, which is a larger economic, political, socio-economic question. Diversity is about accepting differences and not forcing men or women, engineers, data artists or decision scientists to fit into the same mould.

As we advance towards a data-driven future, AI will require not just data and engineering skills but increasingly, there will be a need to emphasise judgment, decision-making and people skills that transcend gender, backgrounds and limiting job titles or career paths.

Leaders must effectively use their voice to bring about positive change

Women Must Dream Big to Have it All