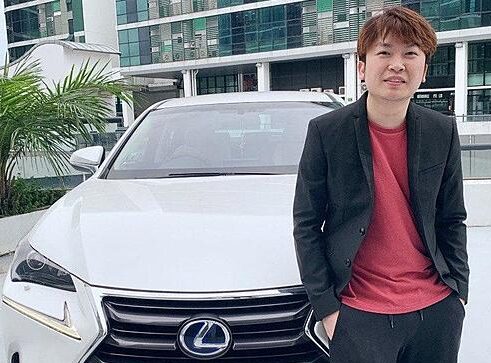 SINGAPORE, February 15, 2021 – When he tried to sell his used car in 2015, Singapore resident Damian Sia realised how difficult this seemingly simple task could be. From unreasonable offers to unethical buyers, he had to navigate through a maze to sell the vehicle. This experience led him to prevent others from facing the same struggle through his startup, the Motorist.

It began with the vision of making the process of selling a car easier. However, while running the company and through his interactions with the clients, Damian realised similar services were much needed in other aspects of car ownership. Soon, the gamut of services offered by Motorist included everything from buying, driving, maintaining to selling, making all the processes more transparent.

Talking to AsiaBizToday about the beginning, Damian recalls the time when he was selling his car. First there were the unreasonable offers, then the buyers who tried to take advantage of his inexperience. “I was also unsure of the sales and vehicle transfer process, as there were several documents to be handed in. After this experience, I decided that I wanted to help fellow drivers who were also new to vehicle transactions,” he recalls.

This thought led to the idea of a reliable third-party platform where car owners could connect with certified and genuine buyers, finding professional help for any doubts they might have. And thus, Motorist was born.

Not his first Rodeo

Damian‘s entrepreneurial journey had started much before all of this happened. Right after completing his National Service at the age of 23, he started an enterprise called SeekSquare where people could get competitive price quotations on anything they needed. “I really enjoy building businesses, and in the next 4 years, I started 2 more business ventures with partners. I went through a lot of failing and pivoting, but all this made me a stronger entrepreneur,” he says recalling the beginning of the journey.

In 2015, he exited one of the ventures and earned himself a handsome 6-figure sum. This money was used as the seed capital for Motorist. Despite being a programmer by training, Damian ended up playing multiple roles at the new venture – he built the website, would call customers and even take care of the finances. “Fortunately, even though the company consisted of just me in the beginning, I was able to learn while settling all aspects of the business. The process was very daunting but I’m happy to say that the efforts have paid off,” he says about the experience.

The automotive industry is still pretty traditional, believes Damian. He is not surprised that a majority of the automotive service providers find it difficult to keep up with the evolving technology. “As for Motorist, we are a digital-first tech company. I find it crucial for us to not only keep up with the evolving technology, but to also find ways to further innovate and implement these new technologies into the business as quickly as possible,” he says.

Even as the company was aimed at bringing in a digital transformation in the auto industry, customers were not ready for the change. “Initially, I met a lot of consumers who were quite sceptical about using our platform to sell their vehicle. After all, a vehicle is a big ticket item,  and e-commerce was still in its infant stage at that time,” he explains. However, there was a lot of positive feedback once the service was launched. There were people who were willing to try out this new offering.

The real hard work, though, was to convince car dealers to join the platform. Being unfamiliar with the digital territory, they were very resistant to the change in the beginning. “At this stage, I had to do a lot of knocking on the doors personally, to onboard the first batch of dealers. I’m glad to say that now, even used car dealers have grown to embrace technology, and Motorist now partners over 600+ automotive partners,” informs Damian.

Recently, Motorist collaborated with the Singapore Traffic Police to launch the ‘Co-Driver’ feature on their app to help prevent and reduce traffic offences by drivers and riders. After turning the feature on, the driver can get real-time audio notifications on upcoming traffic cameras, police ‘sniper’ spots and bus-lane hours among other updates.

The app also regularly informs users about the importance of safe driving, not indulging in road rage and our such issues. It even detects the car being parked and automatically deactivates it to save battery.

In its five year run, Motorist has served almost 400,000 car owners. However, there is one bug in the auto industry that Damian wants to help fix. “Drivers still have to deal with different service providers at different stages of their vehicle ownership lifecycle. This may result in miscommunication, confusion and inconvenience,” he points out.

His vision for Motorist includes simplifying vehicle ownership to the extent that consumers can get all the information regarding their vehicles on a centralised platform. Damian is excited about the year 2021 as Motorist will be launching a host of new features that, he believes, will help in the fulfillment of this vision.