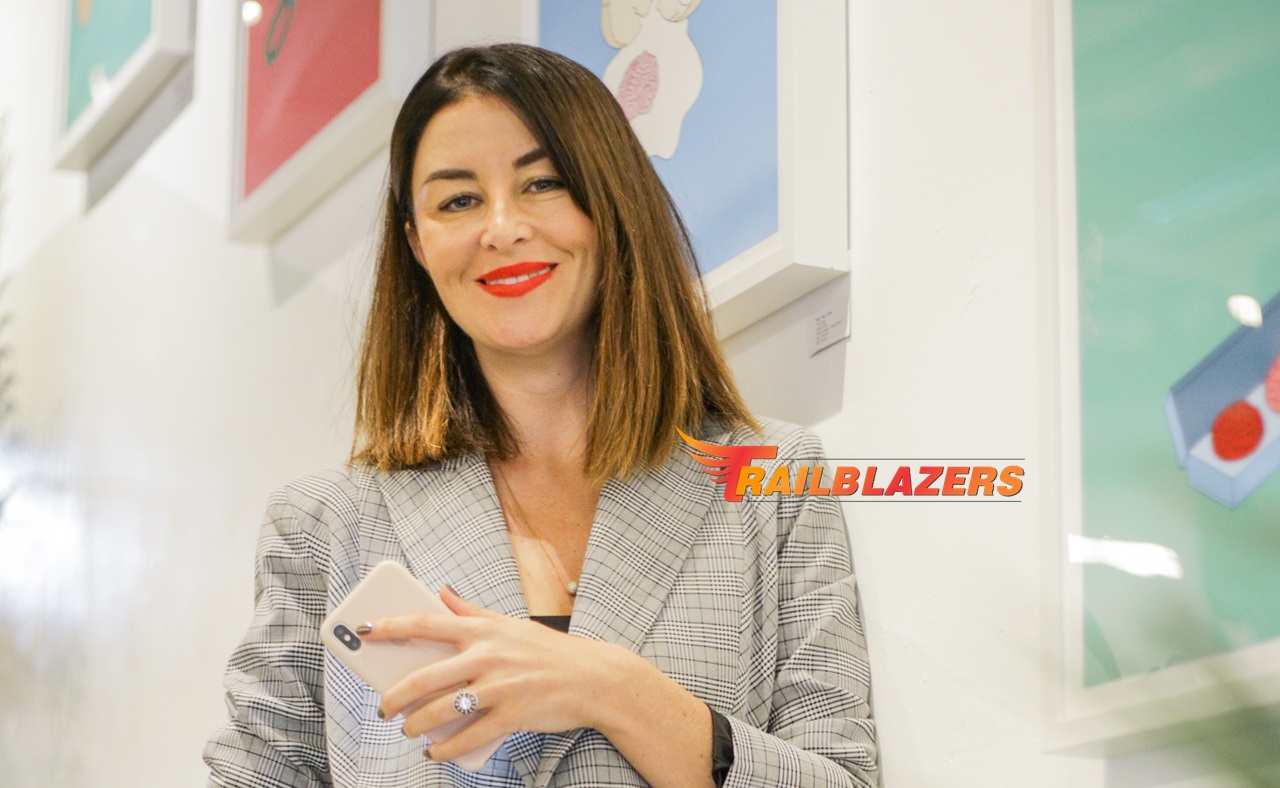 A very passion-driven person who admits that her career has taken several hand-brake turns over the years as she generally won’t really commit to a role or direction unless she feels very strongly about it.

With an initial drive around the world of music, and after gaining her degree at The University of Leeds and a period travelling the world, she moved to London to embark on finding a path with that in mind.  She admits that the Music Industry is a hugely competitive (and very small!) world, so it took a few years to find her way.  “I worked initially at The Discovery Channel, but my evenings, holidays and weekends were spent interning, writing and creating at various musical organisations from magazines to record labels, until I was eventually offered a role as Broadcast Assistant at BBC Radio 1 in 2005.” She started off making tea for John Peel’s show and went on to produce and create specialist music shows and documentaries, travelling globally interviewing musical royalty and attending just about any festival around at the time.

“It was a crazy ride and a wonderful time and culminated in my own podcast with friends, Join The Dots, and DJ’ing as a hobby.  But I reached the end of my journey about ten years’ later after realising it was time to move on and shifted into the (slightly) more sober world of advertising that accompanied an international move to Dubai, she says.

At that time she was engaged and without children, and had all the time and energy to commit to a role at BBDO/Proximity.  Though she had been hired for one specific role and client to create online content, in line with her previous experience, she went on to form and head up the Digital Content division of the business in order to service clients more broadly for almost 4 years. It was role about uncovering fresh, undiscovered talent and bringing that to the fore – in a sense, something that has always been her drive, in fact.

It was with the birth of her first child that the game changed for her in 2015, as she realised very quickly the lack of opportunities for women in the workplace once their commitments and available time had changed.  It was hugely frustrating to see peers, colleagues and friends fall off the career ladder, with very little hope of finding a way back.   And though she had always worked in male-dominated industries and never considered this an issue previously, the sheer unfairness she felt about it all gave her the idea for a platform that connected this huge wealth of talent to businesses and to each other.  And thus her platform, Hopscotch.work, was born.

Based in Singapore, Helen McGuire is the Co-Founder & MD of Hopscotch. She took time to share her thoughts with AsiaBizToday.

What’s Hopscotch.work all about?
Hopscotch.work is the only women’s careers platform that spans MENA and APAC.  We started off life in 2016 as a site that sourced flexible work for professional females to connect them to businesses and have expanded to now become an award-winning free global platform of over 80k through our work to provide events, initiatives, inspiration and training to women and our clients.

We work with large MNCs like Havas, Nestlé, Facebook, Avanade and HSBC, to SMEs and start-ups to aid with their diversity programmes or implement new ones.  Sometimes that’s finding the right woman for a role through our Job Board, and sometimes it’s a much larger workshop or training event to help upskill, educate or retain talent.  Our returnship programme, Career Comebacks, are also hugely popular and we’ve placed women within The British High Commission, Kantar, Mastercard, Facebook etc., often who’ve been away from the workplace for several months or years.

In 2020 we launch our new online training programme, Digital Warriors, to help upskill women wherever they are and we have many more plans in the pipeline.

What have been your experiences in this role?
Although I’d been quite autonomous in previous positions and have a family background in entrepreneurship, this has been one of the most challenging journeys of my life.  Whilst there have been huge successes, opportunities and accolades, I’ve had to learn an enormous amount about everything from putting on events (a first!), to training, to recruitment.  And that’s without planning growth, adapting business models, building websites, dealing with complaints or hiring staff!  My sweet spot has always been the content and comms aspect of the role – which has drawn heavily on my previous careers!

There have been many potholes along the way, including some rather unscrupulous characters, but I’ve met some of the most inspirational figures and friends along the way and I hope helped to push the cause forward, though we’re far from done yet!

Which are the important factors that keep you going?
Equal opportunity and fairness are two of my core values – I don’t believe we’re all made equal, but I do believe everyone should have unprejudiced access to opportunities, should they wish to pursue them.  That is what we want to achieve for people in the workplace, with a focus right now on women.

Have you faced any obstacles in your initiatives? Do you think you have faced specific challenges because of being a woman?

As a first mover in any industry or region, there are always (almost!) as many challenges are there are opportunities.  Whilst it may be the case that being a woman sometimes means you have to work that bit harder to ‘prove yourself’ – which is far from ideal – I do think having a clear vision of your future and a positive, problem/opportunity mindset will set you apart (male or female!).

The main thing that some might say has held me back has been having three babies in five years (two whilst setting up and running the business), which has of course meant breaks and a disrupted schedule.   But without them, the idea of the platform would never have come about and I am living proof that women can have a family/business and a career, whilst working flexibly and moving upwards.

Where do you usually find inspiration from?
Inspiration often arises out of frustrations – things that aren’t or don’t work well enough or solutions that don’t yet exist.  That could be something small and home related, or big and business-related.  Talking these through and taking some time out to day-dream often yields interesting paths forward.

What’s your proudest moment so far?
I’ve loved the acceptance we’ve had as Hopscotch in terms of its idea and drive, not just in the outward form, but from chatting to strangers who’ve heard about our work, or new women who have signed up who’ve been recommended the platform by a friend.  The awards we’ve won have also been very well-received and it’s always fun to contribute to events or panel discussions, but it’s the difference we make on the ground that makes me the most proud and the reason I started this platform in the first place.  It’s also the reason Hopscotch is really just in its first phase – we’ve proven this is needed, but now we want to scale so that the problem can be tackled on a much larger basis.

How would you define success ?
Doing what you said you were going to do.

What Advice do you have for other aspiring Entrepreneurs, especially women?
Don’t overthink it.  I started this business with a vision and having done my due diligence and research, but also having quit my job in advertising at 7 months’ pregnant and with just a simple website and press release to launch it.  If I’d thought too hard about the details and the ‘how’, I never would have hit go.

Getting back to the roots, literally

These 10 trends will help you transform Employee Communication in 2020