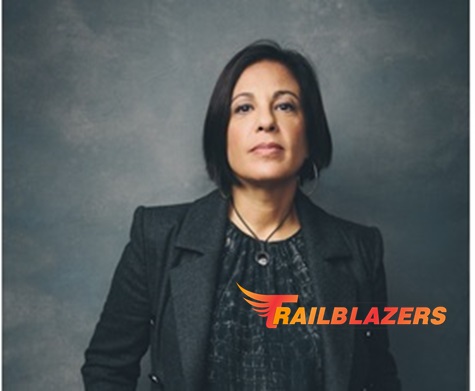 Wife of Fred Wilson — the NY venture capitalist and blogger, co-founder of Union Square Ventures, a New York City-based venture capital firm with investments in Web 2.0 companies such as Twitter, Tumblr, Foursquare, Zynga, Kickstarter, and 10gen. Union The two met at Fred’s fraternity house at MIT and have since enjoyed more than 30years of marital bliss and have 3 children.

After college Joanne took a job in the world of retail.  Overtime she moved into wholesale and then eventually found herself in the technology community.  She has had many careers which she says has been really helpful as an investor in early stage businesses.  All those dots connected into one path over the past 8 years which has been investing.

“Since I have not finished my career I am not sure what the high point has been.  In my earlier years I really loved managing a store.  I am a people person and I enjoyed building a business and also helping people move forward in their careers.  In many ways I am doing the same thing but it is with start-ups that I fund.  A different role but in many ways the same.

I am in the midst of building WeFestival which will be held in NYC on April 13-14, 2016.  The plan is to build this business so that there are 3 of these events around the globe every year.  It is really exciting to be growing something that I can call mine.”

“It is always challenging when businesses fail.  Working with entrepreneurs through that is painful.”

“My greatest inspiration are my children.  They are young adults who are finding themselves in the world and it is a joy to see.  I find them inspiring.”

“I met my husband when I was 20.  We have been together almost 34 years. We have built a great life together.  We have fun, work hard and that always makes me happy.  We are lucky to have found each other.”

“Women are not singularly focused.  They are able to do many things from running a company, raising a family, taking care of the day to day activities of life, and at the same time being a support system for their partners.  Every person needs a great woman behind them.  I am quite positive that many of the successful men would not have their success without someone picking up the pieces or giving positive reinforcement in the back end.  It is the same for successful women.  There must be someone who is a killer better half at home.  Some have nobody in the back end but it is easier to do it all when there is someone behind the door.”

Born in Jalandhar and brought up in Delhi since she was five, a Delhi University Rank Holder, she studied B. Com at Jesus and Mary College (Delhi University) and later pursued an MBA specializing in Finance from International Management Institute, New Delhi. She has also attended a program in Leadership Development (PLD) from Harvard Business School, Boston.

Sonica says that for her, education is an ultimate stress buster. She got married in her second year of graduation and thereafter completed her post-graduation and leadership program. She feels that continuous learning is about the constant expansion of skills and skill-sets through learning and increasing knowledge. She recommends that one should keep enhancing the professional skills and come rejuvenated to take on new projects and assignments throughout the life.

“The diversification into Hospitality has been the vision of my father Mr A.K. Malhotra. In these past few years, MBD Group has successfully established itself in the hospitality industry through its maiden venture, “Radisson Blu MBD Hotel Noida” (Delhi NCR). The second venture of the group is the “Radisson Blu Hotel MBD Ludhiana” which is the first 5 star deluxe hotel in Ludhiana, India.

For design and architecture of some of the prestigious upcoming projects MBD group has taken on board  “The Steelman Partners”-famous for designing some of the best casino hotels & resorts  like The Grand Venetian and the Four Seasons at Macau, Plaza in Las vegas, MGM, Harrah’s, Wynn,  Swiss Casinos, Sheraton and Hyatt. The well-known interior design consultant “Papiri” has also been engaged.

“The greatest challenge that we faced was to bring innovation into the group without losing out on the MBD Legacy. We invested time and had put in great efforts to implement new systems, HR procedures, organizational restructuring for sustainable growth. We are also very proud of the fact that we have retained a lot of the key employees and talent in the company, with some employees being more than 40 years old in the company.

When we lost our father, we not only had our own personal grief to deal with but also had a larger responsibility of MBD Group , as well as the need to protect what he had given his life to build up. It was a very critical time for us, yet, we did not let this discourage us. We were successful in directing our multiple business verticals through many pitfalls.”

“My elder sister Monica Malhotra Kandhari is my best friend, she’s my pillar of strength and motivation. We have a great level of understanding between us. We also trust each other a lot and do not allow anyone or anything to come between our relationships. In some cases even though I may have a different opinion but I would go by Monica’s  judgment, as she has better knowledge of certain things and same is the  case with her, on matters on which Monica feels I have a better understanding she would leave the final call to me.

My father Mr Ashok Kumar Malhotra started working at the family book shop, ‘Malhotra Book Depot’, while he was still in school. He was a leader; he was an institution in himself where he was a teacher as well as a student.  I have always looked up to him and some way or the other tried to be like him but I don’t think I will ever be as great a person as him. My mother has always ensured that her daughters are brought up to be strong individuals with independent thinking and yet be much grounded.”

“In the initial years of my career, as we were the daughters of the chairman of the group, it did take us a little while to establish our credentials and ability. It was a bit difficult initially, but once we proved ourselves, the acceptance was far greater.

I remember when we were opening our first hotel. It was big project, the blue eyed baby! I was excited for sure but nervousness wasn’t missing either. Yet not for once did my father make me feel overwhelmed with the responsibility. Instead, he just told me to go ahead and give it my best. Even today, when I’ve been a working for more than a decade and I still find out new things every day, things that make me energized and excited. “

“I don’t believe in this at all. I think each individual succeeds or fails, more on the basis of their own mental and emotional make-up.” 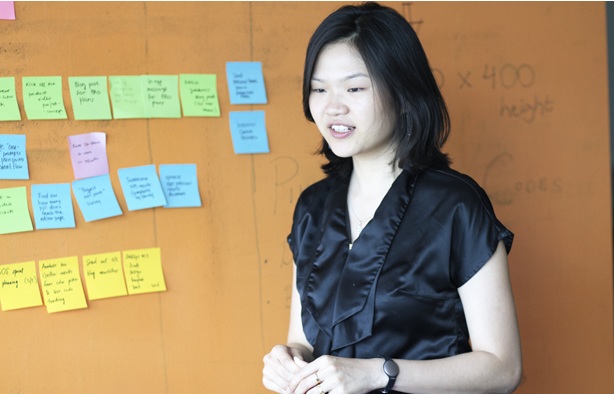 After graduating as an Experimental Psychologist, Ai Ching ‘experimented’ with investment banking and advertising before starting Piktochart (www.piktochart.com) with her then-boyfriend — Andrea, who is now her husband. Both Ai Ching and her husband were from a corporate environment. When she fell sick through burn-out, it forced her to re-evaluate her priorities in life. What they knew when they left their jobs was that they wanted to create a workplace environment where people were happy and motivated by what they did and their contribution. They started a web design agency first but did not enjoy the servicing part of it. Then they came across infographics and were fascinated by the idea that a non-designer like them could still design informational graphics.

They went to the Chinaccelerator (in 2011, there were no accelerators in Malaysia) and then built the idea from there. In the beginning, there were a lot of naysayers and they did not do a good job with user experience and it took them about a couple of years of making mistakes to discover what building an app was really like.

From four people working day and night in a small Penang-based warehouse, their first do-it-yourself infographic platform was born. The first version of Piktochart was coded by Andrea and took approximately four months. Today, they are serving over 4.3 million users with 45 team-mates and growing every single day.

Ai Ching love singing, doing crafts (paper clay, woodwork, painting), reading although she claims that she is really not a very artistic person!

“I’m not sure if there’s a single “high point” but it happens every time around Christmas season when I look back and see the team that is with me, it gives me an enormous sense of gratitude of being brought so far in Piktochart’s life.”

“Letting go off people. It’s the hardest lesson to do because nobody likes doing that. I’m also learning more about candour – speaking the truth in love. It’s often damaging to withhold feedback from people when they need to hear it.”

“I don’t really have one apart from Jesus Christ.”

“Getting married to my most amazing husband.”

“I’m not quite sure 🙂 Although my husband is a developer and tends to avoid the limelight, I don’t think the business could run if it wasn’t for his technical expertise in setting up the ground work in the beginning. Women and men are complementary to each other.”