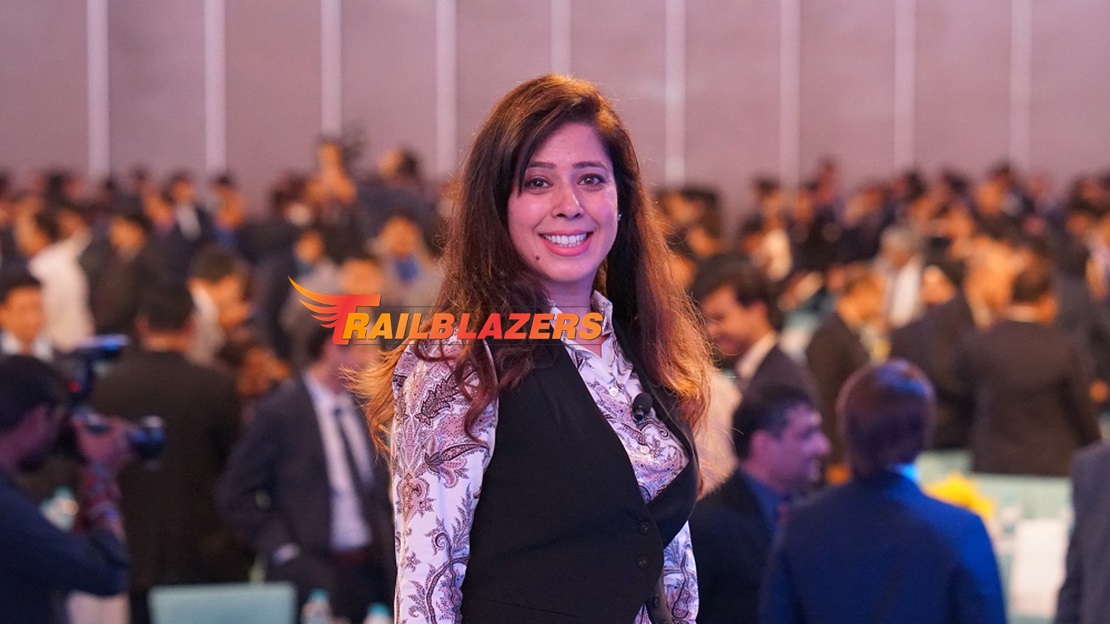 Arts was her passion, writing and painting were her get away and go-to creative breaks—a passion that Priya follows till today. While writing has turned into her profession, painting is still the creative getaway of Priya Kumar, an Internationally Acclaimed Motivational Speaker and Bestselling Author of 10 Inspirational Books.

Priya has worked with over 1500 multi-nationals across 44 countries and has touched over 2 million people through her workshops and books and is the only Woman Speaker in India to have done so. She is the only Indian Author who has won 28 International Awards for her books.

Priya has written over 600 columns for national and international publications. Her work has been extensively featured by the media in India and abroad and she has been invited as a celebrity guest on several business, entertainment and reality shows.

Growing up in a small town of Chandigarh in North India, she recalls her father’s advice that if she aspired to be someone noteworthy, then she needs to master the art of success right from the beginning. Priya believes that the same mechanics that take you to rising to the first rank in school which her father instigated in her, helps one in setting the foundation for future professional success. A top ranker & ardent academician she learnt very early the power of focus, the power of commitment and the power of delivering excellence.

Priya holds a Major in Economics and continues to take a break for at least one month and learn and study something new & more. With a strong desire to expand her horizons & stay relevant in today’s times, she has followed this ritual for the last 20 odd years and engaged in courses in Film Making from New York Film Academy and is currently pursuing Screen Writing on a cruise ship.

Team ABT reached out to Priya to know more about her exciting journey, outlook & challenges, captured in the interview below.

Who is your greatest inspiration & Why?
Oprah Winfrey is my greatest inspiration. She made it against all odds. Her life, her struggles and her purpose are inspirational. She is a self-made woman, the one who is driven by a worthy purpose. I like that in people. Not to sit and sulk over their misfortunes, but to move on from there and to make a better life for themselves and for others.

I hold her as an example for holding your front and not backing out because you are in the minority or because you are different. Eventually, it will all add up if you don’t give up. In the end, ‘I am enough all by myself’, that statement from her, is my guiding force.

What led you to take up Training & Consulting as a profession?
I was always successful at what I did, and my father ensured that I had the right frame of mind and the right attitude to be a winner. It was a more of a habit & pleasure rather than a task for me. I found that it takes more effort to fail and to be mediocre; requires more energy to just get by rather than be a winner. I started out to teach my struggling friends in school and got them to improve their grades. It wasn’t driven so much by earning an income, but more driven by a need to help and bring about an impact.

Over the years, teaching became a full-fledged profession, and in the last nine years of my student life, I had taught over 1900 students. Then, I wanted to do something bigger and something with a wider reach with the same purpose of helping people and making a difference. Since I had nine rich years of experience with me of dealing with students and also their parents, I got into training. I started my career with doing workshops on Anti Nicotine and Anti Alcohol and later branched out from that into delivering training in personality development, sales, team building, leadership skills, communication and now into a more experiential zone of Peak Performance and Personal Breakthrough.

All of my content stems from personal experience and a practical context and so I guarantee the work-ability of that which I promote. That I think is the essence of training; where it not just sounds right but also is a workable solution for people to apply.

In my speaking assignments, often my audience come up to me and say that my session was not just inspiring but also entertaining. And that means a lot to me. I feel that when a life changing message can be delivered amongst fun and cheer, many more people would be eager to make improvements in their life. Often Coaches and Trainers come forward with hard hitting messages along with a lot of preaching and they not necessarily go well with the audience. They sound good, but also sound un-relatable. People want to feel comfortable and looked after, if you expect them to make changes with their lives.

Things have changed a lot in the past five years and there is greater opportunity and also equal pay terms when it comes to the business of motivational speaking. And since there aren’t many women speakers, my reference comes to the top of the list.

I think this is the best time for women to step out and give wings to their potential. The opportunities are right and so is the remuneration. Some industries may be lacking a tad behind in this, but the overall corporate scenario looks promising.

If you were to do any one thing differently, what would that be
I started writing books at the age of 35 and ten years later, I have only 11 books to my credit. Had I started earlier, I would have had at least 50 published titles. I think I undermined my own abilities as a writer in all these years, and I bear that loss today as do my readers. So, I am making up for the lost time, trying to pen down stories that I should have, much much earlier.

What would you like to achieve in the coming years?
I want to take my work to the digital platform, giving it worldwide exposure. I am also looking at converting my books into feature films, that’s why I did the course on Film Making. The screen play of my stories are ready, and the future looks bright to give my stories and expanded audience on the visual medium.