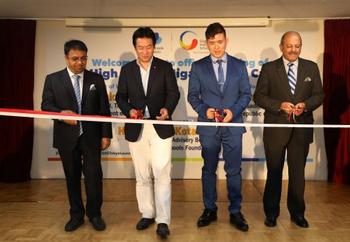 Tokyo and Singapore, Sept 25, 2017 – (ACN Newswire) – Reflecting growing demand in Japan for the Singapore brand of education, the Singapore-based Global Indian International School (GIIS) has opened a second campus in Tokyo. The school, offering 520 seats for students from grades 4 to 12 was inaugurated on Sunday by Japan’s Vice Minister of Land, Transport and Tourism, Mr. Tsukasa Akimoto.

Located just three kilometres away from the original 600-seat campus in Nishi Kasai set up in 2006 which has reached full capacity, the new Higashi Kasai campus will offer Singapore-style based learning that includes courses ranging from Cambridge IGCSE, Indian Central Board of Secondary Education (CBSE) and International Baccalaureate Diploma Programme (IBDP) curriculum.

The faculty will facilitate smooth entry to leading universities in Japan and overseas. Since its establishment, the first GIIS campus in Tokyo has received positive reception from both the locals as well as the expatriate community in Japan. The campus expects to see a sizeable increase in its current students with the commencement of the second campus.

Comment by Kotaro Tamura, Advisory Board, GIIS Tokyo, who is also Adjunct Professor at Lee Kuan Yew School of Public Policy: “We are delighted to announce the opening of the new GIIS High School campus in Tokyo’s Higashi Kasai district. The demand for high quality international education in Japan is growing and this new campus has impressive facilities to provide this to both international and Japanese students in Tokyo.”

Comment by Rajeev Katyal, Country Director, India and Japan, GIIS: “As Tokyo’s international community continues to expand, so has GIIS’ student body, and we’ve been deeply committed to our Tokyo school since its launch in 2006. The number of students in GIIS in Tokyo has doubled over the past three years, and we are pleased to be welcoming increasingly more students from Indian community, local Japanese community, as well as from other countries around the world.”

Singapore students have consistently ranked among the highest in the world for tests in math and sciences, with GIIS among the leading international schools. In particular, the IGSCE and CBSE programmes, which emphasise mathematics and science as taught in an India-style curriculum, is gaining popularity in Japan.

GIIS Japan is one of the fastest growing markets for the Singapore-based organization established 15 years ago. It has since expanded across South East Asia, Japan, Middle East and India. GIIS and has been recognized internationally with more than 80 awards for achieving excellence in education.

Founded in 2002, GIIS offers a comprehensive range of International and Indian curricula for Kindergarten to Year 12 students. These include the International Baccalaureate Diploma Programme (IBDP), Cambridge IGCSE, the Central Board of Secondary Education (CBSE) and the Global Montessori Plus programme.