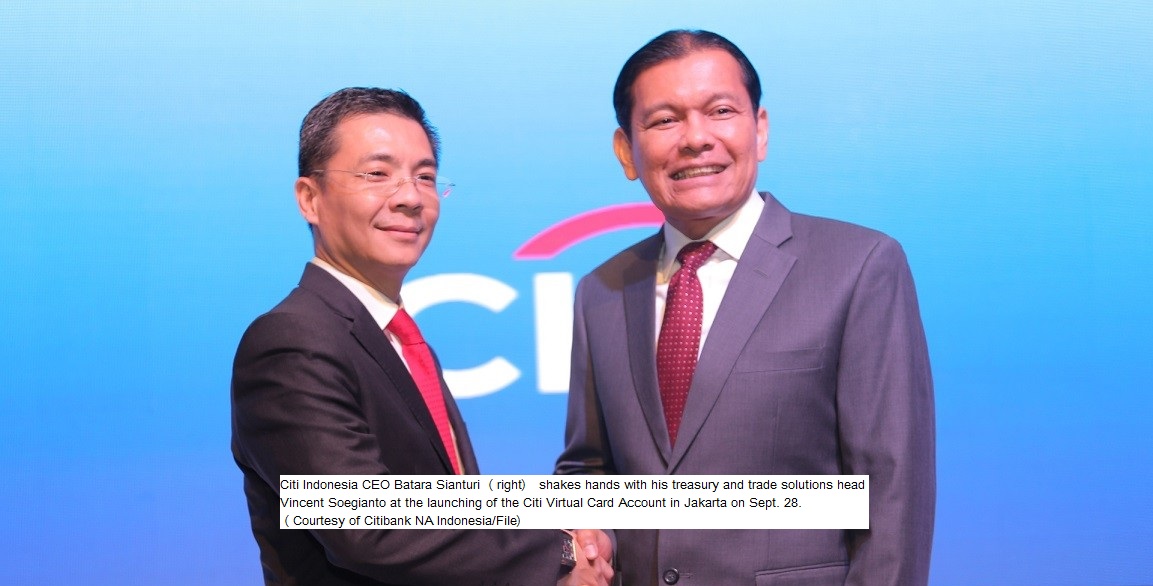 Riding on optimism of the country’s e-commerce business, Citi Indonesia is eyeing to score Rp 400 billion (US$30.8 million) to 500 billion in transactions from the newly launched the Citi Virtual Card Account (VCA), which is intended for corporate clients.(TheJakartaPost)

“We expect Rp 400 billion to 500 billion of spending through the VCA to accumulate in the next 12 months. We are currently working to introduce it to our clients, hopefully it can be a new norm in digital payment,” said Citi Indonesia CEO Batara Sianturi during his visit to The Jakarta Post office. The new card, he explained, offered flexibility, streamlined purchasing, robust control, as well as easy, fast and customizable reconciliation and reporting. In terms of security, Citi would generate a unique, plastic-less 16-digit virtual card number for each corporate e-commerce transaction.

Indonesia sits 45th in terms of virtual card usage in the world. In Asia, Indonesia is lagging behind other neighboring countries, sitting in 10thposition. Batara hopes Citi’s VCA will drive the usage of virtual cards in Indonesia and improve its position. (ags)