Companies from the Philippines are snapping up foreign assets at a record rate, in a sign of the growing strength of the country’s corporate sector.  (published by nextft.com)

Outbound merger and acquisition activity from the Philippines hit an all-time high of $2.4bn in 2014 – almost 13 times the 2010 level – and $2.35bn last year. Although far smaller than the record $121bn Chinese companies have spent overseas so far this year, the rise in outbound M&A from the Philippines is a testament to the country’s economic development.”There is so much liquidity in the system and not too many investment opportunities locally. Also, the value of international assets has cheapened so much that our strong local companies are now looking to buy them,” says Justino Juan Ocampo, head of investment banking at Makati-based First Metro Investment Corporation.

Buying up foreign companies makes a lot of sense now that the peso has appreciated and local currency financing is cost effective. The cost of 15-year financing in pesos is at record lows.

Philippine corporates are also buying foreign assets to escape a saturated local market and to withstand future competition in the region as integration triggered by last year’s launch of the Asean Economic Community kicks in.

“They are putting up factories in different parts of Asean and they are pushing their brands there. Philippine firms’ performance in terms of sales volumes [in Asia] is even stronger than in the Philippines,” says Cristina Ulang, head of research at First Metro. Target markets include Spain – familiar due to almost 400 years of Spanish colonial history in the Philippines – and China, since many local conglomerates are owned by Filipino Chinese. Brandy producer Emperador acquired Spanish brandy and sherry cellar Bodegas Fundador in December 2015. In the past 10 months, fast-food chain Jollibee has bought out the supplier of its Chinese fast-food operator Yonghe King and acquired a 40 per cent stake in US burger chain Smashburger.

This surge in outbound M&A deals is music to Philippine banks’ ears. The Philippines is flush with liquidity, with one of the highest savings rates in the Asean region at 30 to 40 per cent of gross domestic product. But investors are starved of investment opportunities. Now that capital markets are deepening, banks are rushing to satisfy investors’ unmet demand for investment banking products.

In a similar vein to the equity capital markets, the Philippines’ debt capital markets have also deepened. Local corporate bond issuance reached an all-time high of almost $4bn in 2012. Issuance so far this year, at $1bn, has already outpaced total volumes for 2015. Testament to the development of the local corporate bond market are larger deal sizes – bond issues of 10bn to 15bn pesos ($215m-$320m) are becoming the norm – and longer tenors, now up to 15 years. What could help develop the local bond market further is having a more populated yield curve, which is sometimes inverted due to low liquidity. This leaves banks no benchmark to base deal pricing on and discourages some issuers. Speeding up the implementation of public-private partnerships could also help. “In the past six years, we only had a few PPP projects approved so going to market to issue debt on behalf of [private] conglomerates has been hard. The approval processâ€‰…â€‰needs to be revisited and simplified,” says Rabboni Francis Arjonillo, president of First Metro.

Nonetheless, investment banking still offers local banks fee income at a time when trading income from the treasury business is shrinking and net interest margins are dropping due to low interest rate regimes worldwide. Investment banking is now so in vogue that investment banks such as First Metro, which historically dominated the local market, now need to fend off commercial banks joining the race. “We used to comfortably be number one, but now there are new players such as Bank Of Philippine Islands and Banco de Oro building up their investment banking departments. Banks are starting to poach each other’s talent. Our pie is starting to shrink,” says Ms Ulang.

So far in 2016, outbound M&A volumes have dropped drastically to $55m. Pundits blame this on market uncertainty typical of a presidential election year. But now that former Davao mayor Rodrigo Duterte has won the presidential race, new uncertainty might creep in. President Duterte’s economic policy remains largely unclear and his inflammatory remarks have shaken some in the international community. M&A deals and bond issuance in the second half of 2016 will reveal the Philippine market’s true strength now that the wait for a new president is over. (By Stefania Palma – Asia editor at The Banker) 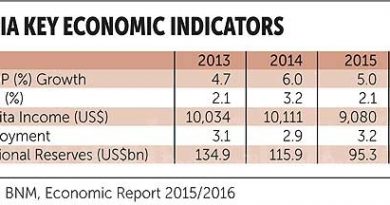 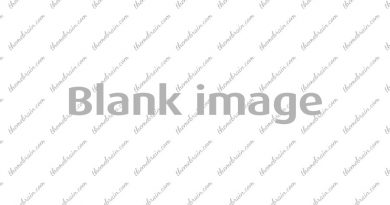